Arrest made for Chandler shooting that killed woman and injured son

Arrest made for Chandler shooting that killed woman and injured son 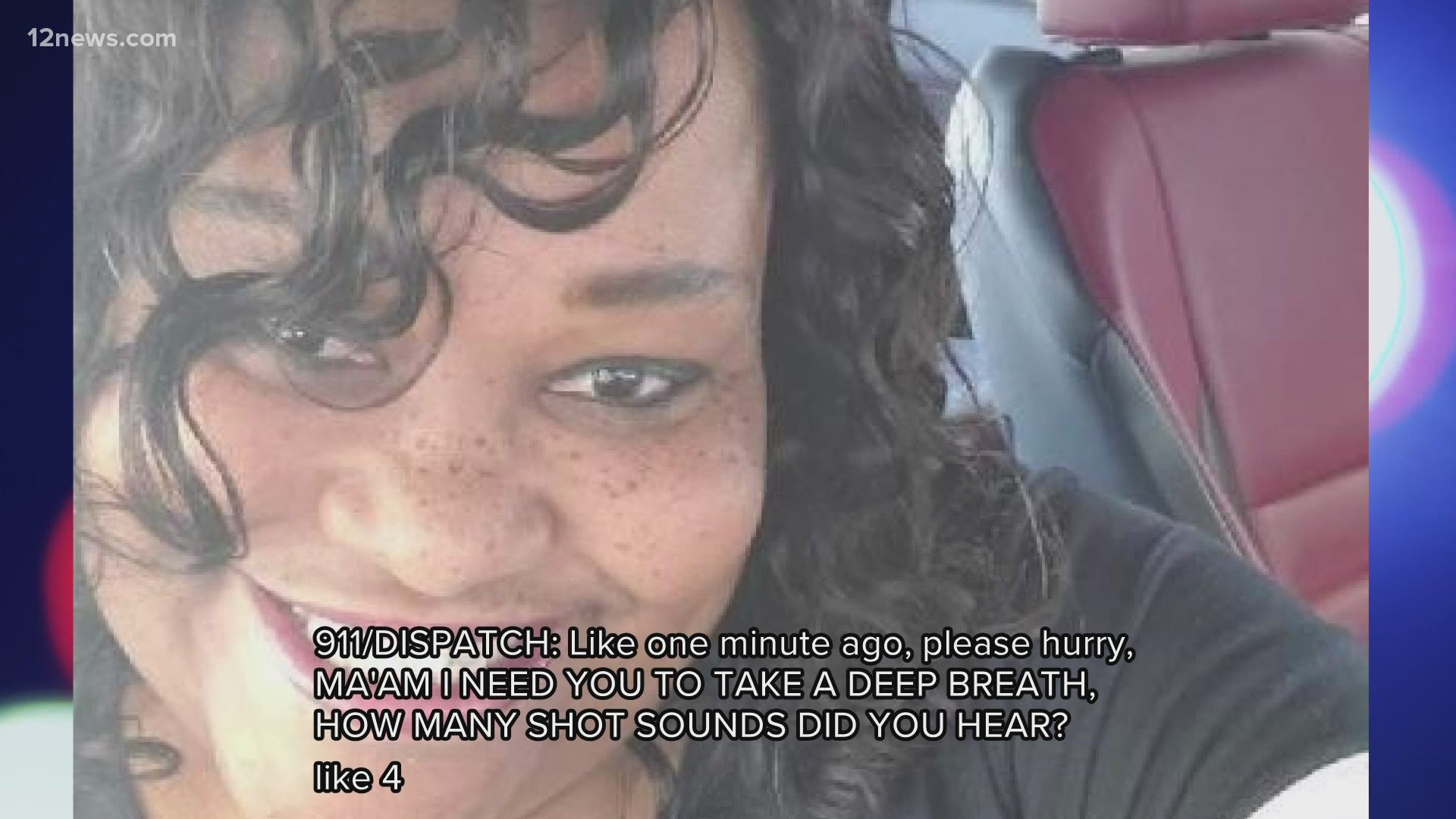 CHANDLER, Ariz. — After months of unanswered questions connected to a valley murder, Chandler Police have made an arrest in the death of 47-year-old Danita Hunter.

Authorities released 911 calls made the night of August 29 about hearing gunshots.

The next-door neighbor called for help after Danita's son ran over to her home wounded and begging for help.

"Yes, they said he shot his mom, my neighbor, my friend," the female caller told police.

The caller was terrified and in tears, telling police to please hurry.

Dispatcher: Ma'am I need you to take a deep breath, how many shots did you hear?

Chandler Police say those bullets hit and killed Hunter who was taken to the hospital but was later pronounced dead. They add, her 22-year old son, Javien was also hurt during the shooting.

"Their son came over and he ran as fast as he could next door, and then he just said that he saw a man with a gun and he went into their backyard and he said he shot his mom," the female caller added.

Nozre Ware, 22, pulled the trigger according to police. Hunter's son can be heard in the 911 calls made by the neighbor, describing to dispatchers the moments leading up to the shooting.

"We were sitting in the backyard and the guy just came up out of nowhere and said if you move I'm going to shoot," he said faintly.

The family was stricken with sadness saying in short:

"Danita was a great parent and driven young woman. She really handled a lot of responsibilities and it’s not just the local community but the world who has lost someone who would have benefited it greatly. "

At one point, the family was fighting for answers, as officers were hoping to find a car matching a specific description for a 2014 or 2015 Chevy Camaro. After finding that car officers ultimately were about to make an arrest.

Ware's bond is set at $1 million, and he faces aggravated assault and first-degree murder charges.