Arrest made after Phoenix road rage incident caught on camera

Police say 40-year-old David Shelton ran over the victim after an argument in traffic. 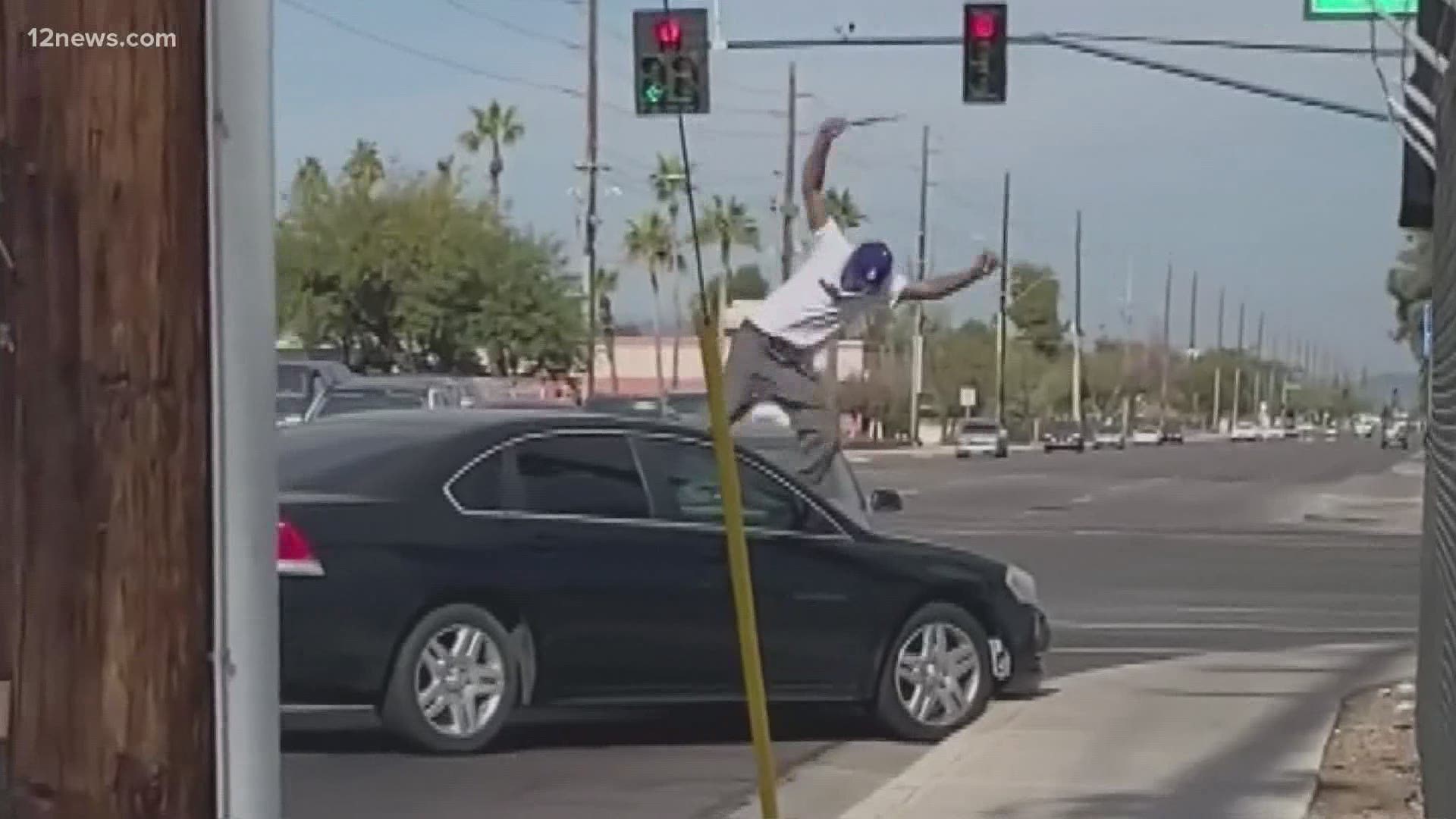 PHOENIX — In a matter of seconds a road rage that started with a physical assault, ended with a man being run over by a car.

Saturday afternoon Phoenix Police responded to a call of an aggravated assault in the area of 43rd Avenue and Peoria.

According to police, two men started arguing over a traffic dispute. During the argument, police say David Shelton physically assaulted the victim, hit the other man's car before running him over.

Police were able to arrest Shelton after hitting two additional vehicles nearby.

Shelton was booked into the Maricopa County Jail for Aggravated Assault, Aggravated DUI-License Suspended/Revoked for DUI, Assault, and Failure to give info/Aid -Accident.