A father was angry over COVID protocols that kept son out of school. School district was scene of attempted board ‘takeover’ in April. 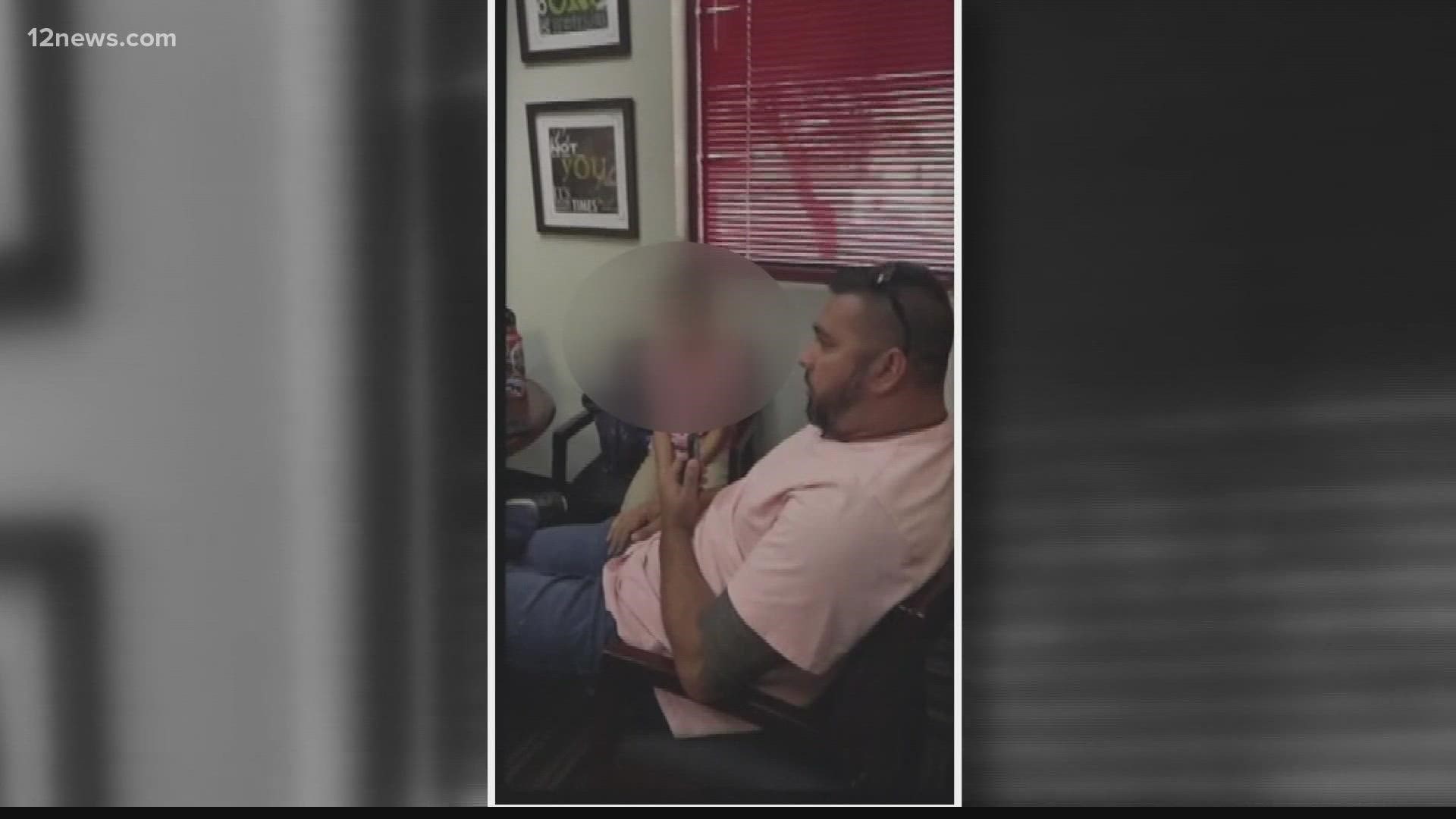 TUCSON, Ariz. — The principal of a southern Arizona elementary school was threatened with a citizens arrest by three men in her school office, one of them dangling Zip-Ties from his hand.

“I keep replaying it in my head,” said Diane Vargo, principal of Vail’s Mesquite Elementary School for the last eight years, in an interview Friday.

“One of them had these military-grade Zip-Ties in his hand. They were telling me that they were going to arrest me and my assistant. And I was scared,” Vargo said.

Tucson police said one of the men, Rishi Rambaran of Tucson, was arrested on a charge of trespassing and released.

Rambaran barged into Vargo’s office Thursday with his son, who had been placed under a COVID quarantine by the Pima County Health Department.

Rambaran demanded that the boy, who was sitting next to him in the office, be allowed back in school.

“I didn't come here to challenge you,” he said to Vargo.

“I came here to tell you this is not going to happen.”

Vargo said she was seeking charges against the two other men in her office, as well as restraining orders against all three.

“Times are hard with what we're dealing with right now,” she said. “I want to work with parents. But the way this man did it, with Zip-Ties, was just not OK.”

The 20-minute confrontation was a terrifying snapshot of the challenges school leaders nationwide have faced during the pandemic.

Vail, a bedroom community 20 minutes south of Tucson, was the site of an attempted “takeover” of the School Board by angry citizens last April.

Kelly Walker, a Tucson coffee shop owner, was one of the ringleaders of that protest, which drew people from around the state.

Back in Vail on Thursday, Walker shot Instagram video of the 20-minute confrontation in Vargo’s office.

A standing Walker pointed his camera phone at the seated principal, lecturing her about COVID restrictions that don’t exist.

“We're not going to have this in Vail,” Walker said in threatening tones. “If you keep doing this, we're going to have a big problem.”

The Vail School District doesn’t have a mask mandate. It follows COVID protocols set by the county Health Department.

“He was aggressive,” she said of Walker. “He had a phone in my face, he was telling me that more people are coming…and then 10-15 minutes later, two other men barged in my office.”

Staff and students were inside K-5 Mesquite Elementary while the confrontation enfolded. They weren’t aware of what was happening in the principal's office.

The Instagram video shows Vargo calmly listening as Walker and Rambaran talked at her.

Vargo said in the interview that she was trying to de-escalate the situation.

“I tried to explain to (Rambaran) we’re following Pima County health guidelines,” she said. “In order for our school to remain open, this is something we need to do.”

After asking the men several times to leave the building, Vargo said, she and her assistant left the office and called police.

“We stayed in a room close to them so that I could contain them in my office,” she said. “My No. 1 priority is to make sure students and staff are safe.”

The third man, who has not been identified, was holding the loops of Zip-Ties. Rambaran was the only one who has a child at the school.

Twenty-fours later, after processing what had happened, Vargo was shaken.

She shared one of the emails she’d received: “Hi. Next time it will be a barrel pointed at your Nazi face.”

“This one incident, this is one upset parent, and I serve more than just one parent,” she said.

“For our school to remain open, we have to follow these guidelines. Because I don't want to go back to where we were a year ago. We did last year. I'm sorry. I just don't want to do that.”