Stomach tattoo leads to arrest of Arizona man for his role in Jan. 6 Capitol riot

The criminal complaint said James McGrew was seen on videos and photos at the Capitol building. He lifted up his shirt revealing the tattoo, seen on police body cam. 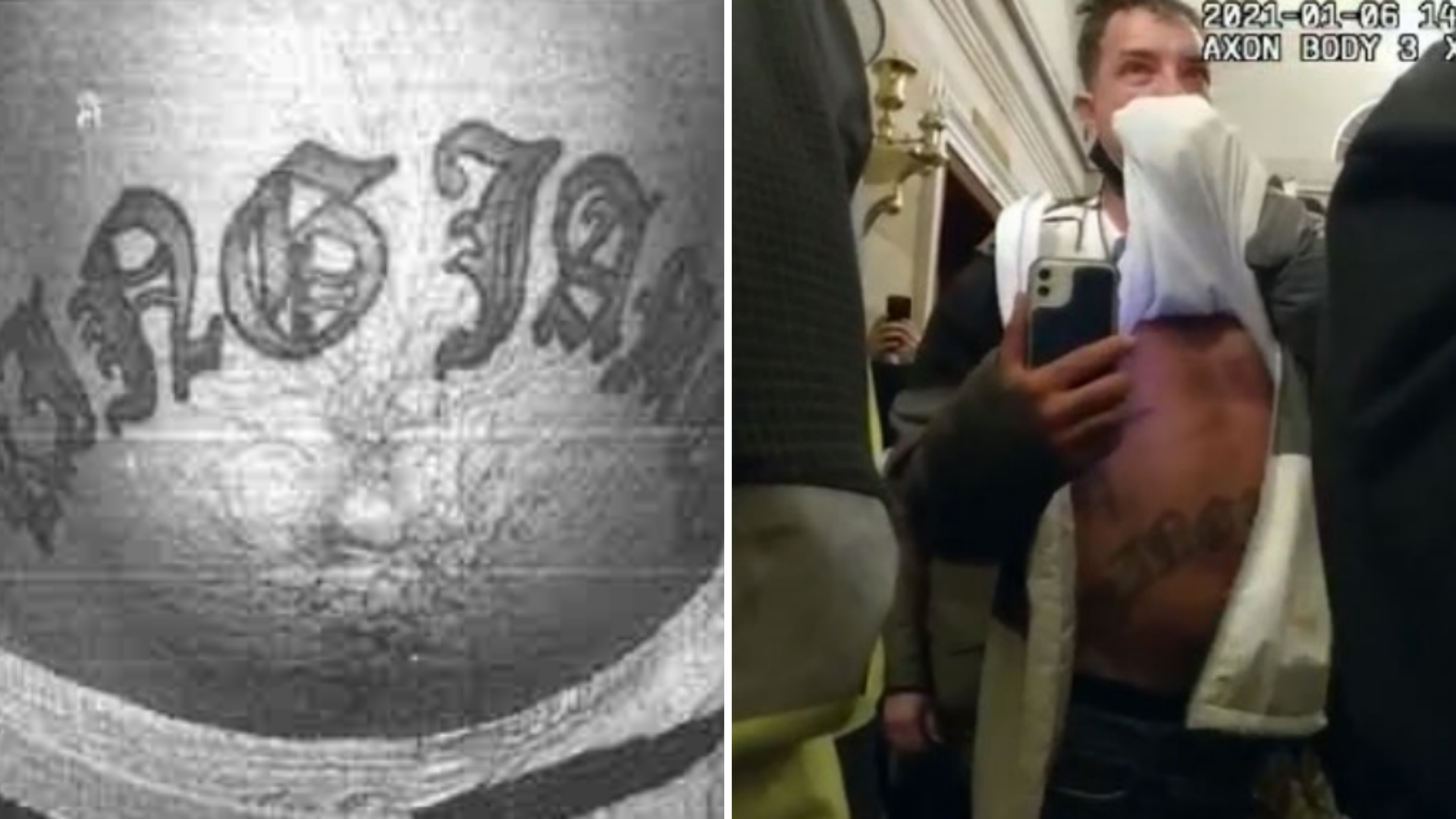 SCOTTSDALE, Ariz. — An Arizona man was arrested on May 28 for his role in the Jan. 6 Capitol insurrection after federal investigators used his unique stomach tattoo to identify him.

James Burton McGrew, 39, was arrested on Friday in Glendale and made his initial court appearance on Tuesday.

According to the criminal complaint, McGrew faces a laundry list of charges for his actions outside and inside the Capitol including assaulting, resisting, or impeding an officer, civil disorders, entering and remaining in a restricted building, disorderly conduct and more.

McGrew was seen on social media video and photos as well as police body camera video at the Capitol that day.

Body camera footage from Metropolitan Police Department officers shows McGrew inside the Capitol lifting up his shirt at one point to wipe his eyes, revealing his stomach tattoo that says, "KING JAMES."

The tattoo was photographed as part of his 2012 arrest booking photographs.

According to the complaint, McGrew was seen on police body cam video aggressively approaching police officers and yelling statements including, "we're coming in here whether you like it or not," and "fight with us, not against us." Additionally, the complaint says McGrew even held up his phone and began to name officers standing in front of him and their badge numbers.

In the days following the riot, multiple concerned citizens contacted the FBI to report McGrew's involvement, providing them with his name and photos and videos showing him participating. One person told investigators he was there to "protest the stolen vote."

The criminal complaint alleged at one point inside video showed an officer said to McGrew, "just leave, just leave man, come on," to which McGrew replied, "you leave. You leave. This is our house."

The complaint alleged McGrew struck multiple officers and was also seen on video grabbing for an officer's baton.

Investigators were ultimately able to confirm McGrew's identity by comparing the video of McGrew's stomach tattoo to booking photographs of the same tattoo taken in 2012.

More than 400 people have been charged for their involvement in the Jan. 6 insurrection and more are expected.