William Young Sr. and an associate were allegedly seeking to resell one million KN95 protective masks in New York City for at least 50 percent mark-up. 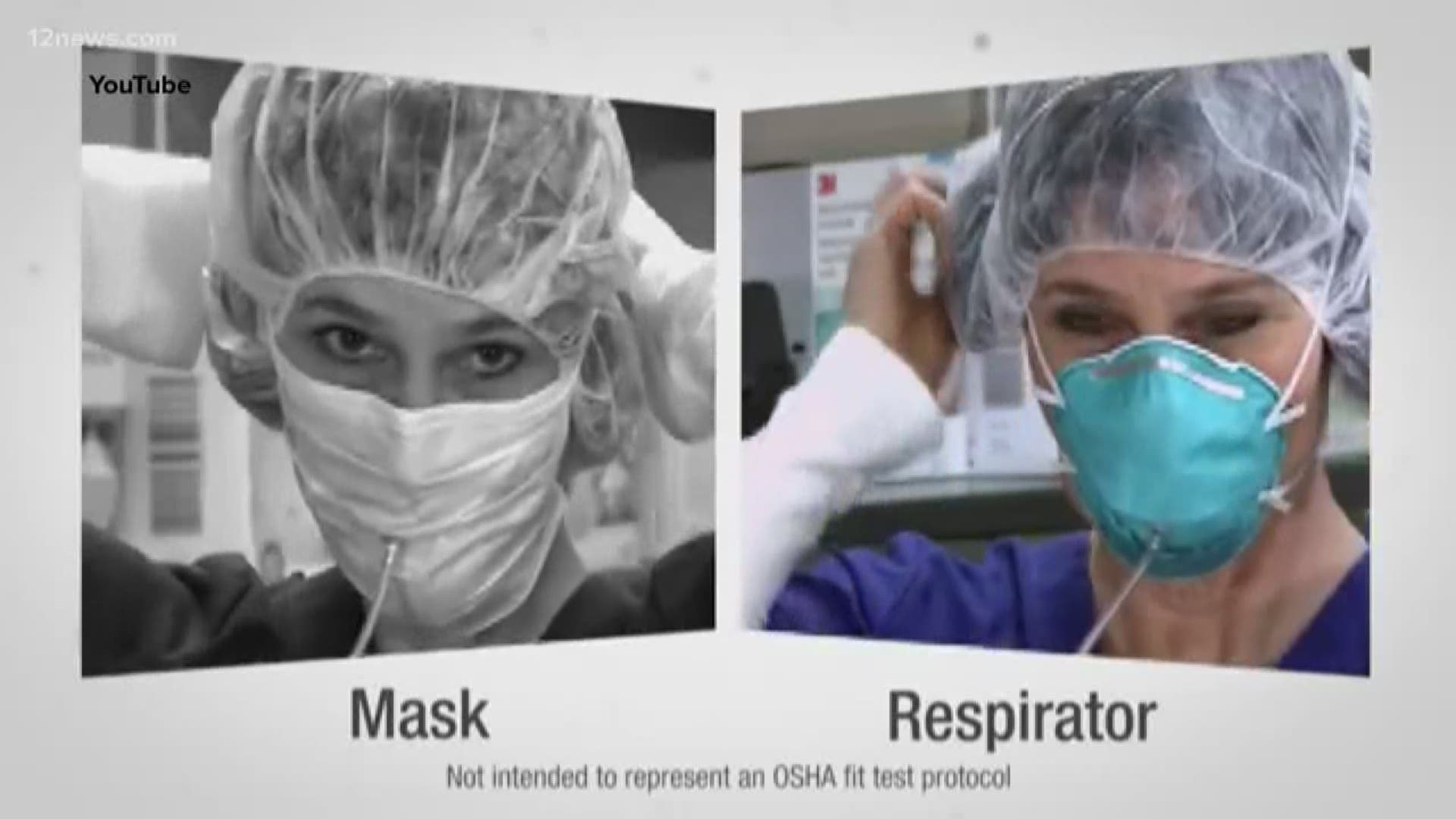 PHOENIX — An Arizonan was arrested after allegedly attempting to inflate the price of protective masks by double or triple the original price, the U.S Attorney’s Office said.

The two were in violation of the Defense Production Act, the U.S Attorney’s Office said.

Capello said Arizona is seeing hundreds of fraud and scam cases related to the coronavirus outbreak.

“They’re using the uncertainty and fear surrounding the COVID-19 pandemic to further their efforts," Capello said.

A recently unsealed criminal complaint reveals one of those efforts involves trying to sell personal protective equipment, or PPE, at a high markup which is illegal because items like masks have been deemed scarce by the federal government.

“There’s a lot of quote unquote brokers that are out there in the medical supply field," Capello said.

Two of those alleged brokers are William Young Sr. of Phoenix and his business partner Kent Bulloch in California. Court documents show they claimed they could acquire a million masks and were looking for potential investors to sell them for double or triple the purchase price.

Little did they know, one of the legitimate investors they contacted was working with the federal government. Undercover agents then posed as an interested investor and started a conversation with Young and Bulloch, eventually striking a deal.

The "investor" would pay for KN95 respiratory masks and three-ply masks up front and then sell them at an exorbitant markup in New York, the epicenter of the pandemic where PPE for frontline workers is in the highest demand.

To cover up their tracks, documents say the suspects wrote up an escrow agreement falsely claiming profits on the re-sale would not exceed ten percent.

Investigators later visited the alleged supplier involved in this case only to find the supply of PPE Young and Bulloch were trying to sell did not actually exist, leading to even more people being charged.

This is far from the first case of fraud or price gouging since the outbreak.

Though Arizona does not have a price gouging law on the books, the FBI and federal agencies can enforce one because the president enacted the Defense Production Act.

"If you are - have a big supply of toilet paper in your house this is not something you have to worry about. But if you are sitting on a warehouse with masks, surgical masks, you will be hearing a knock on your door," said United States Attorney General William Barr.

12 News has tried to reach William Young Sr. for comment but so far we have not heard back.

President Donald Trump invoked the Defense Production Act on March 18 in response to the COVID-19 pandemic. The act makes it illegal “to acquire medical supplies and devices designated by the Secretary of Health and Human Services (HHS) as scarce in order to hoard them or sell them for excessive prices,” the U.S. Attorney’s Office said in a press release.

“As alleged, the defendants conspired to turn a huge profit from the urgent need for surgical masks in New York during the pandemic,” stated United States Attorney Donoghue. “When the Attorney General said that those engaged in price gouging should expect a knock on the door, he meant it and when we knock with one hand, we usually have a warrant in the other.”

If convicted, the defendants face up to one year in prison, the attorney’s office said. The office thanked the Phoenix Field Offices of the FBI and IRS-CI for the assistance in the case.