“It’s been the same and maybe even more inflammatory rhetoric, anti other rhetoric. That impacts Jews, people of color and all minorities.” 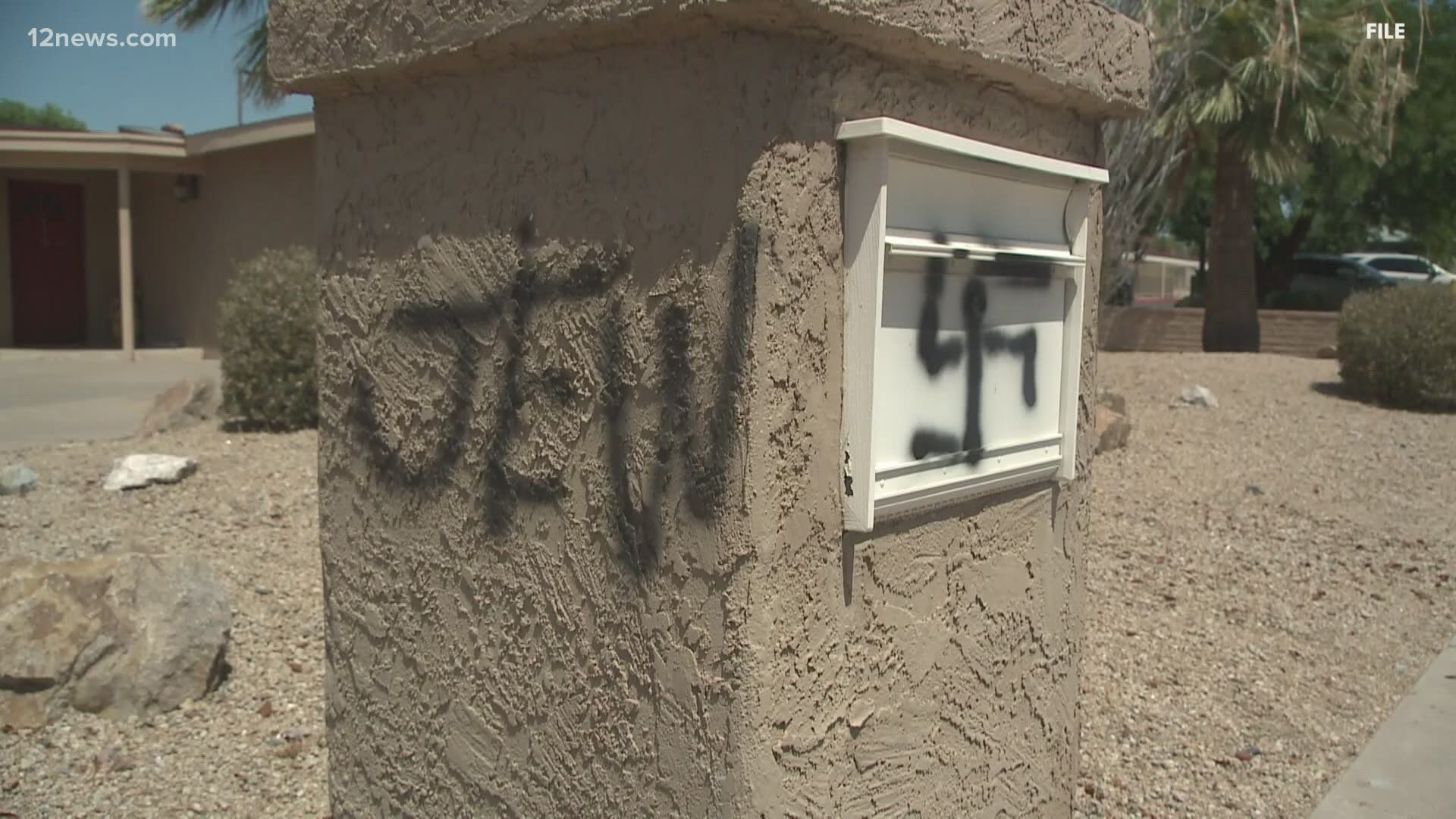 PHOENIX — It’s been three years since Ari and Shoshana Simones discovered a large swastika and the word “Jew” painted on the mailbox of their east Phoenix home.

“I would like to say that nothing like this has happened, that we put it all behind us, but then two years ago you see the Pittsburgh shooting," said Ari.

A new FBI Hate Crimes Report found a total of 217 hate crimes reported statewide last year. That is a 25% increase from 2018.

However, no one in Arizona is actually convicted of a hate crime.

Although Arizona has no hate crime law, hate can be an "aggravating circumstance" when considering a sentence.

In 2019, Montgomery told reporters that “Arizona does not discount what may have motivated someone to have committed a crime against a fellow human being.”

Arizona law (ARS 13-701, Subsection D15) states that evidence that the defendant committed the crime out of malice toward a victim because of the victim's identity including race, religion, disability and sexual orientation.

“It’s been the same and maybe even more inflammatory rhetoric, anti-other rhetoric. That impacts Jews, people of color and all minorities,” said Ari Simones.

Latino rights leader Carlos Galindo-Elvira with Chicanos Por La Causa and other activists are pushing for the state to adopt a comprehensive hate crime law.

“Whether you are Latino, Jewish, or you happen to identify in a very different way, LGBTQ, it should be a safe space for everyone and no one should feel threatened,” said Galindo-Elvira.

Last year, 22 people were killed in a shooting that targeted Mexicans at a Walmart in the border city of El Paso, Texas. The suspect was charged with both state and federal crimes after authorities determined he was attempting to scare Hispanics into leaving the United States.

"One of the things to combat hate and all forms of bigotry is coalition building, where organizations can work together to push back against hate and prejudice," said Galindo-Elvira.

Galindo-Elvira also stresses the need for law enforcement to receive training on how to determine if an assault occurs with bias in mind.

Three years after the Simones' experience, they are teaching their daughters to recognize their own privileges and call out injustice.

"To have our own awareness of our own bias and worldview, taking that and using it for good and speaking out for other communities that are marginalized, we instill that into them," said Ari.

"We have a responsibility outside of ourselves and immediate family is caring for the world."