The guns range from handguns, carbines and even an assault rifle modified with an electric chainsaw as a bayonet. 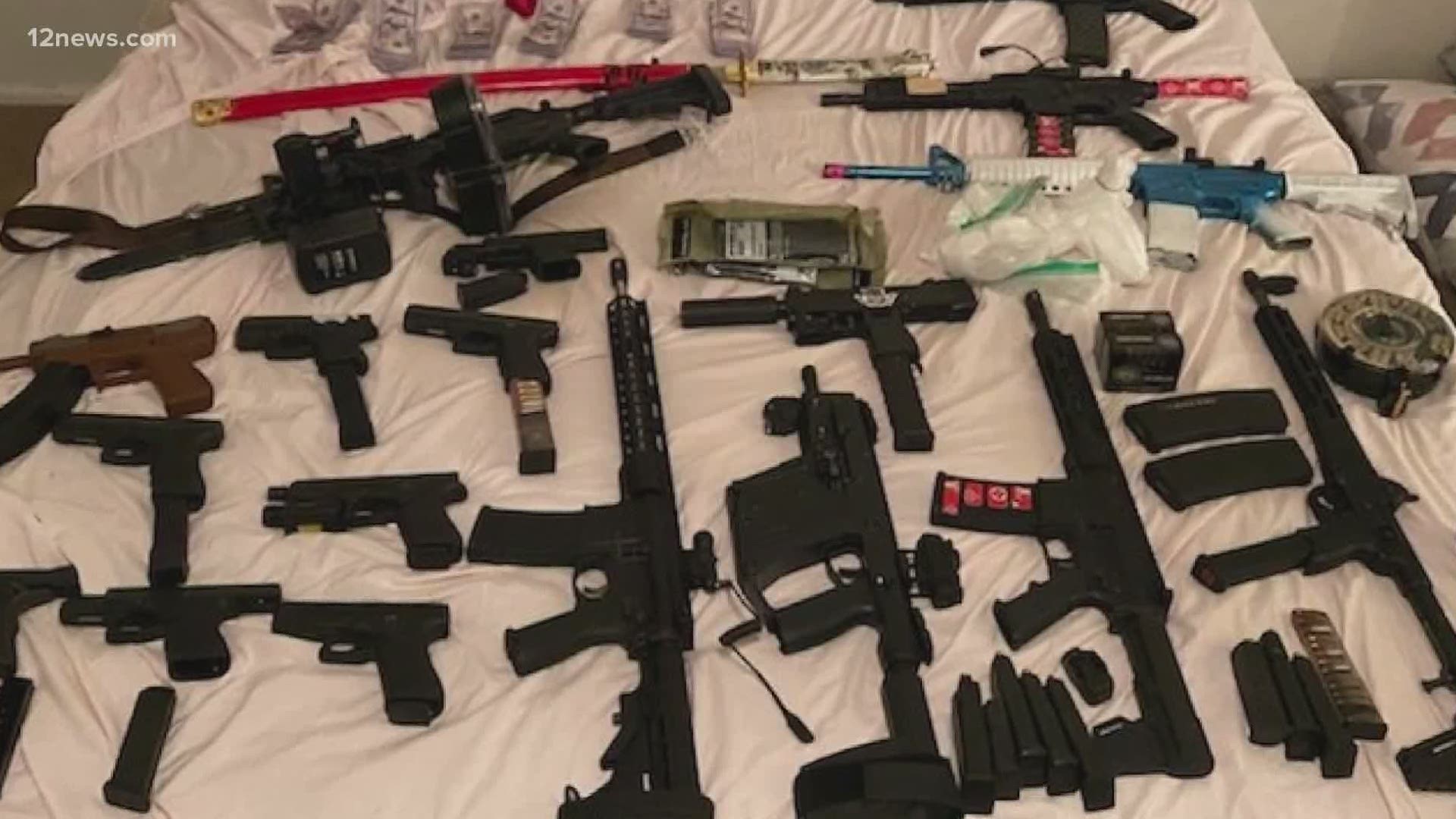 MARICOPA COUNTY, Ariz. — An Arizona anti-gang task force says an investigation led to the seizure of a cache of weapons from accused gang members, including several assault rifles, along with drugs and cash Thursday night.

Officers from the multi-agency force confiscated 22 guns, over 2.5 pounds of cocaine and $33,000 in cash during the West Valley investigation.

The weapons range from handguns, carbines and even an assault rifle modified with an electric chainsaw as a bayonet.

Many of the guns had extended magazines or drum magazines.

Yep, that's a battery operated chainsaw mounted to a rifle.🤔It and 22 more firearms (2 stolen) were seized last night from gang members following an investigation in the west valley, as well as 2.5 lbs of cocaine and $33,000 in cash. #2020 #ManyBadgesOneMission pic.twitter.com/eW7oaFZrhj