The bus driver allegedly drank the stolen alcohol in a parking lot before driving with 23 students and two coaches.

PHOENIX — An Arizona school bus driver is accused of shoplifting alcohol from a convenience store before drinking it in the parking lot and driving to a grocery store.

The bus was traveling to the Valley from Snowflake for a football game, Sgt. Kameron Lee told 12 News. There were 23 students and two coaches on board.

The bus was seen at a convenience store in Star Valley around 4 p.m. that day.

Feight was seen shoplifting an alcoholic drink from the store and then consuming it in the parking lot, the department said.

It was not immediately known whether he had drank alcohol prior to this alleged incident, Sgt. Lee said.

Troopers were also told that Feight drove away erratically and went to the parking lot of a grocery store in Payson. Lee said it was believed that the coaches and kids were on the bus at this point.

An Arizona Department of Public Safety sergeant found the school bus in the parking lot of the grocery store and contacted Feight. 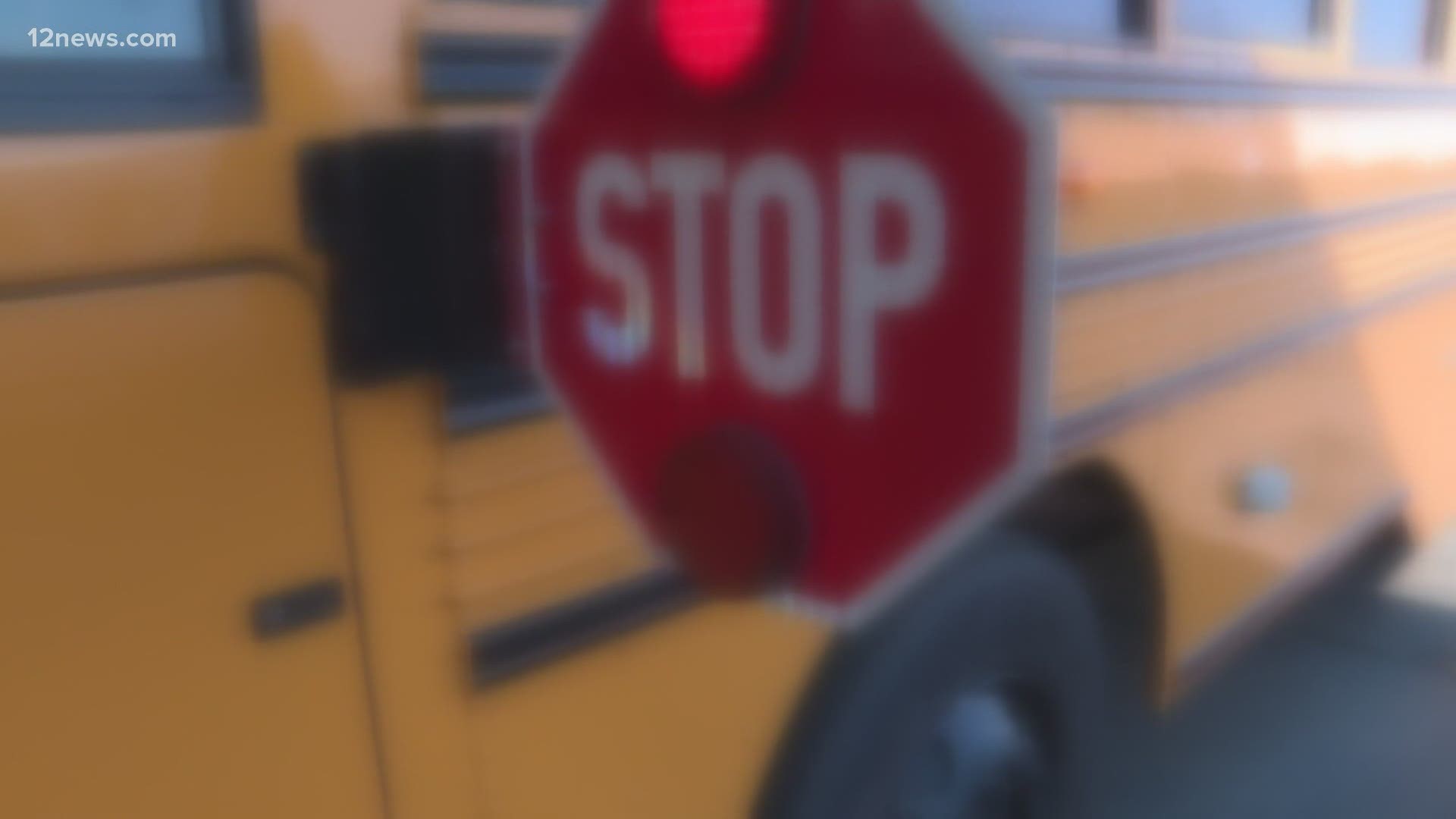