The law now allows police to impound vehicles and increases the fines. However, most street racers will spend no time behind bars. 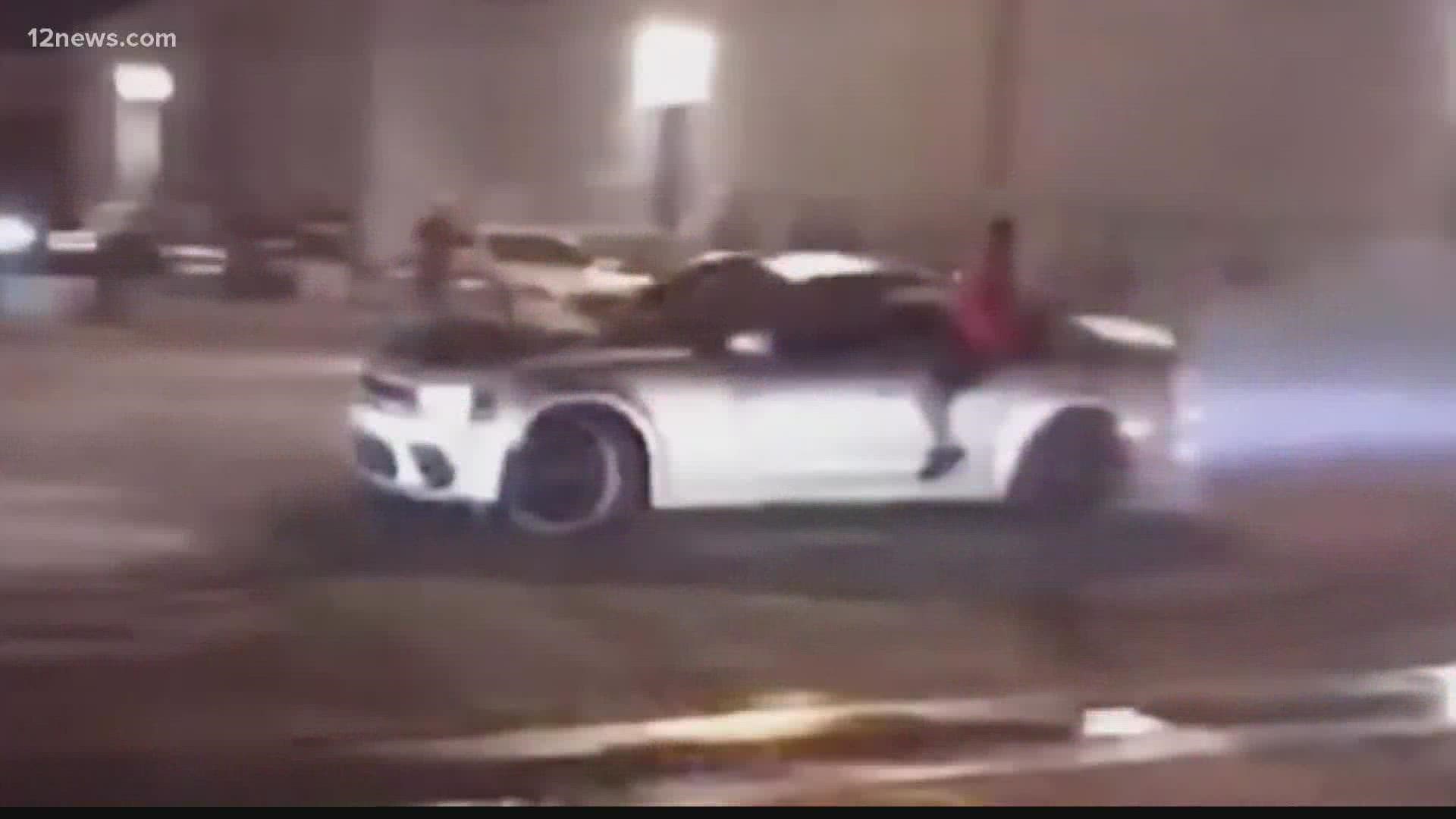 PHOENIX — Could a new law be the answer to stopping street racing?

Donuts in busy intersections, speeding down highways -- street racing is dangerous and can become deadly.

On May 2, 2021, Charissa Coleman lost her life in a crash on Indian School Road involving a street racer.

“I would hate to see this happen to someone else because we are completely devastated and we will never be the same again," Coleman's family said earlier this year.

Phoenix police and Maricopa County prosecutors hope there are no more cases like Charissa.

More than a year ago, Phoenix police launched the street racing task force to try to crack down on the dangerous events. In the last year and a half, the task force has handed out more than 2,600 citations and charged 1,500 people.

But that doesn’t mean the drivers are off the streets.

“We are not looking to jam these people up for the rest of their lives. We are hoping these early interventions, as much as possible, will help curb that behavior,” said Courtney Sullivan of the Maricopa County Attorney's Office.

The reality is, street racing is a felony only on the second offense and violators can get chance after chance.

Diego Guerrero recently plead guilty to one of those felonies. During his sentencing, an officer said he had arrested Guerrero four times for street racing-related activities.

Guerrero took a plea deal. He will pay a fine, lose driving privileges, go on probation and spend 10 days in jail.

“I think when street racing really exploded in the last year in a half, I think people realized our laws needed a little more teeth to them,“ Sullivan said.

A new law does provide new teeth. It allows officers to impound cars to get them off the street and a $1,000 fee to hit offenders in the pocket.

While jail time and felonies may be hard to come by, Sullivan said it's about striking a balance. They do not want to put a black mark on someone's record just for driving cars. However, they also want to protect those innocent lives.

“We struggle with it every day. Where is the balance? It’s something as the racers evolve, we evolve with them," Sullivan added.

RELATED: Arizona ranked second in the US for street racing fines in new study