As two parents were out for a bike ride, armed burglars broke into their home to find their son sleeping inside. 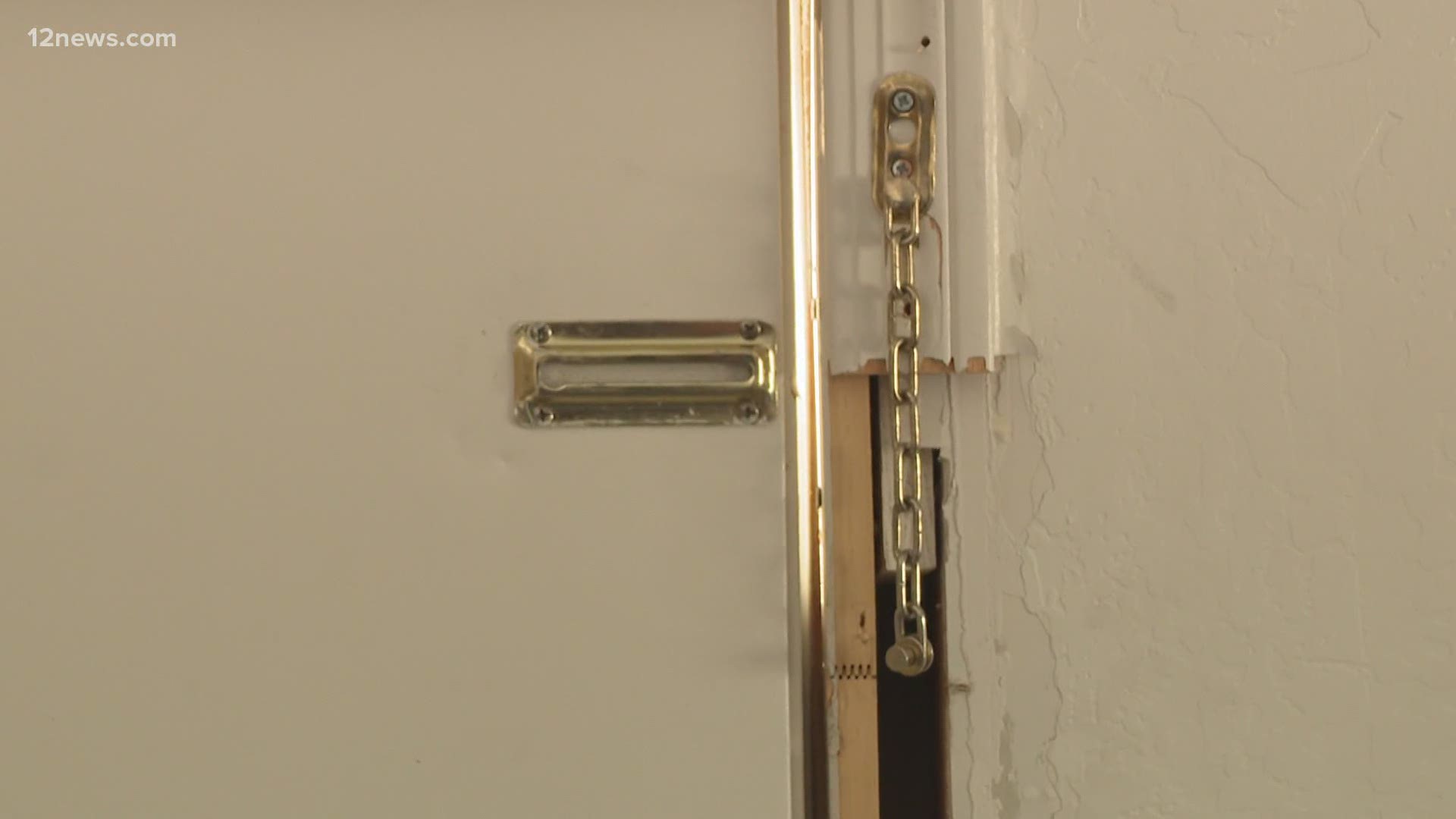 PHOENIX — An Ahwatukee family is on edge after coming face to face with armed burglars violently ransacking their home Monday morning. Phoenix Police detectives are now searching for the four suspects involved.

“It was all a blur to us," said the homeowners.

The family who asked 12 News to keep them anonymous never thought it would happen to them.

“We’re talking thousands and thousands of dollars," they said.

The couple was out for a bike ride on Monday morning as thieves targeted their house. Four suspects in two cars had allegedly been casing the neighborhood.

“They rang the doorbell twice and decided no one was home," the homeowner said.

The suspects jumped a fence in the back and broke in through a door leading to the garage, not realizing the couple's 22-year-old son was still asleep inside. The suspects ultimately came to his locked door.

“I’m sure they though there would be treasures in there behind a door locked so they knocked the door in, then he woke up to a gun in his face," they said. "They threatened him not to move or they would hurt him and they took him in another room and made him lay down with his face down.”

As their son was lying on the ground, the suspects smashed his phone. His parents got back home to see a stranger sitting in their car in the garage. Another was walking outside with his hands full of their belongings.

Their gut reaction was to confront them.

“Then I saw the pistol aimed at me through the windshield," they said.

A suspect turned a gun toward them. Then, the four suspects took off as neighbors called 911.

“I screamed loud even the neighbors back there in the condo there heard me,” the homeowner said.

Phoenix PD searched the ransacked home for hours. The homeowners say police have found one of the vehicles involved which had some of their belongings inside of it, some items they had not realized were stolen.

As police continue to look for those responsible, the Ahwatukee family is thankful they are all physically okay but are making some immediate security changes and encourage others to do the same.

RELATED: Police searching for suspect in burglary and homicide incident