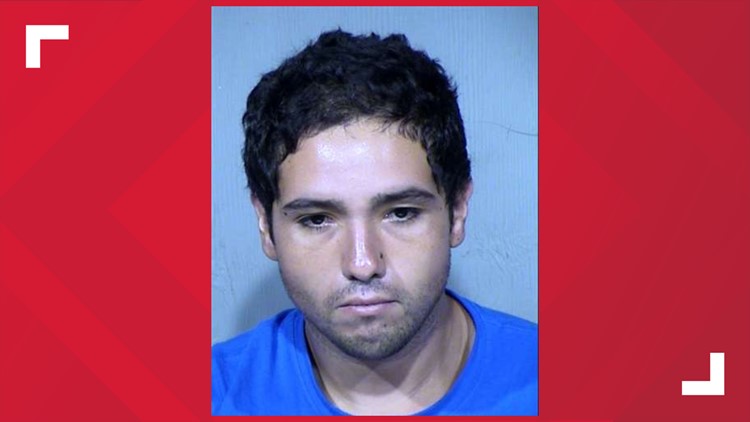 A Phoenix man was arrested for shoplifting from a Victoria's Secret in Tempe. It wasn't the first time he was accused of doing so -- or even the 10th.

PHOENIX — A Phoenix man was arrested last week after he was caught shoplifting at a Victoria's Secret in Tempe -- but it wouldn't be the first time he was accused of the crime, or the second, or even the tenth.

Alexander Martinez, 28, was arrested Aug. 16 at the Victoria's Secret at Arizona Mills Mall in Tempe after he was seen on surveillance video stealing more than $1,000 worth of merchandise.

According to court documents, Martinez was recognized because of multiple prior incidents that occurred at the same store. He was not arrested or even contacted over those incidents, the documents showed.

An investigation found that Martinez entered the front of the store and took multiple handfuls of merchandise by putting them into a green duffel bag before walking out.

Court documents showed that Martinez was identified in 15 other incidents at the same Victoria's Secret location since April of this year.

Martinez was positively identified as the suspect in the following shoplifting incidents:

Martinez is accused of shoplifting $24,251 worth of merchandise in the 16 incidents.

Court documents showed Martinez is facing 17 counts related to shoplifting. Some of those counts were felonies because the amounts of the shoplifted merchandise was worth more than $2,000 and there were more than three instances in a 90-day period.

Martinez was booked and held in Tempe City Jail but was later released on his own recognizance.

He was also ordered to stay away from the Victoria's Secret location.