The Casa Grande Police Department said that officers were made aware of the scene after they found six dead dogs on the hood of a car. 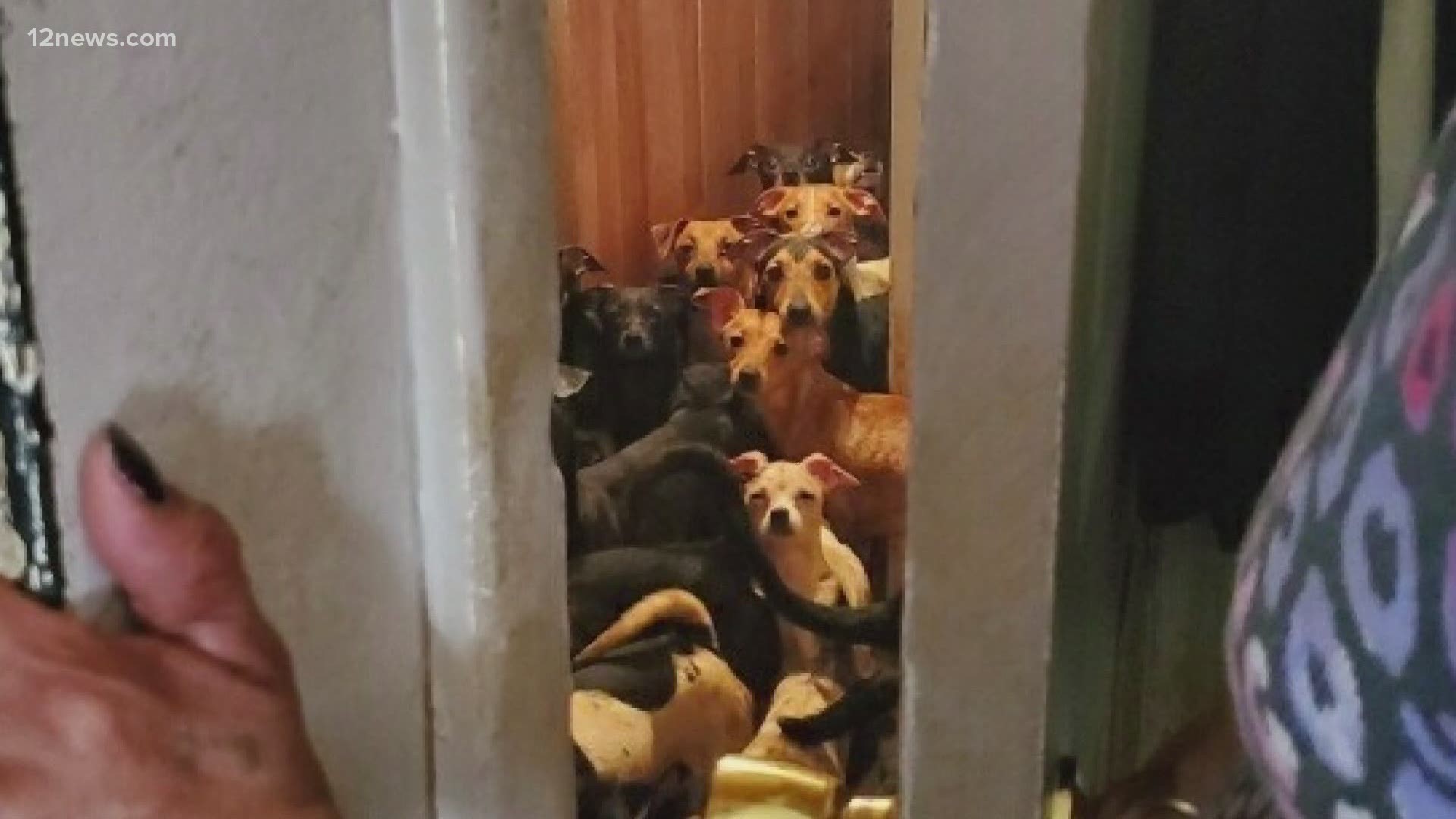 CASA GRANDE, Ariz. — Animal control officers took 90 dogs into their care after they were found in a 700-square-foot house in Casa Grande, police said.

The Casa Grande Police Department were called to the scene for a citizen requested civil-standby, police said. Upon arrival, officers reportedly found six dead dogs wrapped in towels and shirts on the hood of a car, another dead dog in a dumpster and the skeletal remains of another dog outside of the residence.

The owners of the home, Michael Mills and Lila Crawford, allegedly told officers that they had around 20 more dogs inside the house when questioned. When officers investigated further, they found a total of 90 dogs in the residence.

Around 28 of the dogs were reportedly in decent health and the rest were suffering with health conditions, including dehydration, hair loss, skin sores, and puncture/bite wounds, police said. All of the dogs were allegedly covered in feces.

Crawford reportedly relinquished the dogs voluntarily, and they were taken by animal control officers. The dogs have been fed, watered, and bathed, police said.

Mills and Crawford are both reportedly being charged with 59 counts of animal cruelty and neglect, among other charges.

This is a developing story. Tune into 12 News for the latest.