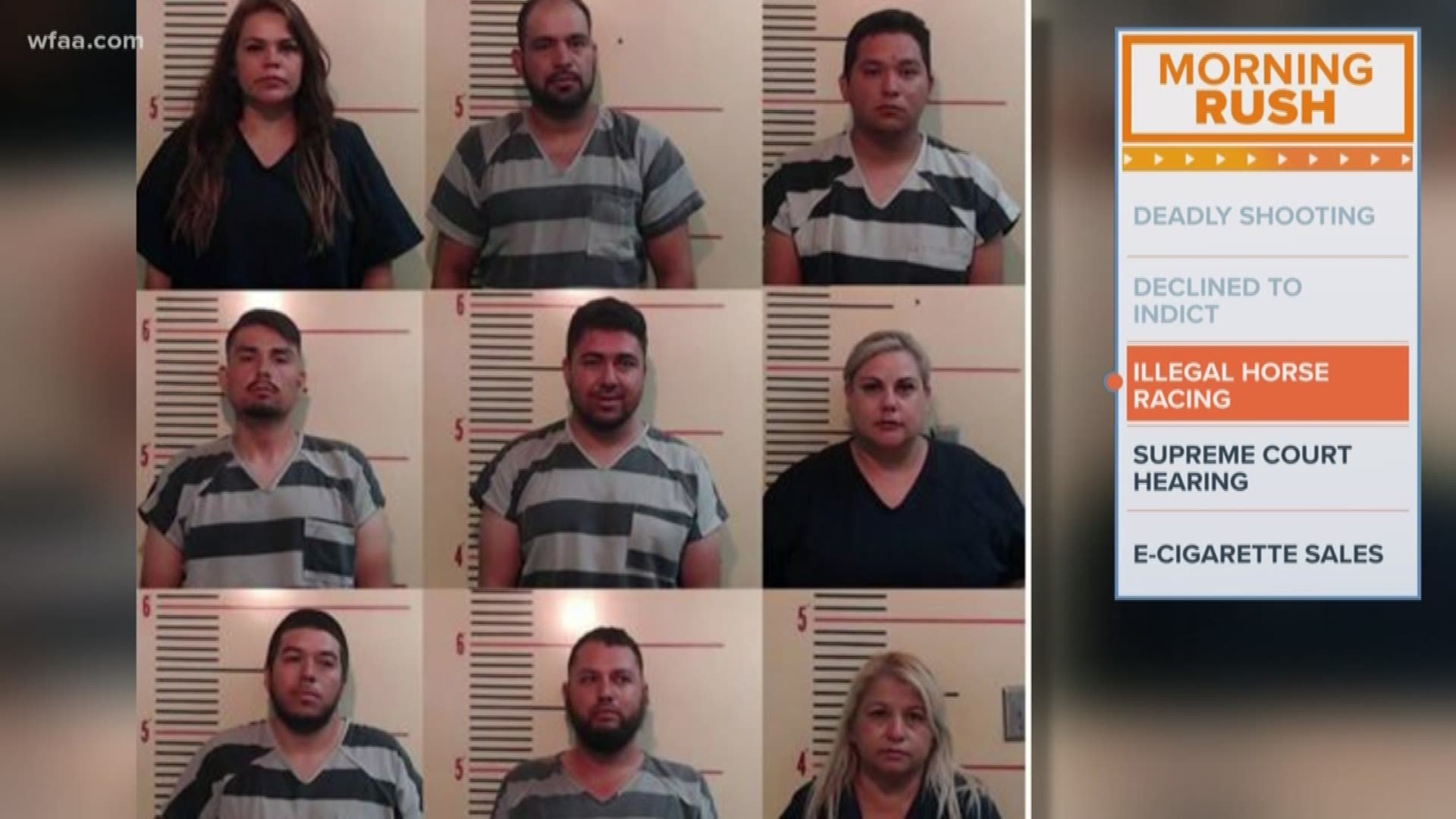 The people were arrested Sunday after a lengthy investigation into a "brush track," according to the Parker County Sheriff's office.

Yesenia Garza, 41, of Arlington was identified as the head of the illegal horse racing operation, officials said.

Parker County Sheriff Larry Fowler said more than 1,000 people attended the illegal race, but no spectators were arrested. Officials did not clarify when the race took place.

The suspects are accused of breaking a law that is supposed to keep horses from racing more than once in a 24 hour period.

“Most of the horses and jockeys were found to be racing twice in the same weekend. These laws were created to protect them," Fowler said.

Multiple large syringes, drug paraphernalia and illegal shocking devices used to enhance performance were found on the premises, according to officials.

Fowler said the syringes are being tested for illegal substances.

Those substances make it possible for "a horse to be pushed to the limits under a race but can cause serious health conditions and even result in the death of a horse,” Fowler said.

Those arrested face charges of violating the racing act. The Texas Department of Public Safety Criminal Investigations Division was also involved in the investigation.

The others arrested are: