Phoenix police said the dogs were not provoked before the group of Staffordshire Terrier mixes attacked. 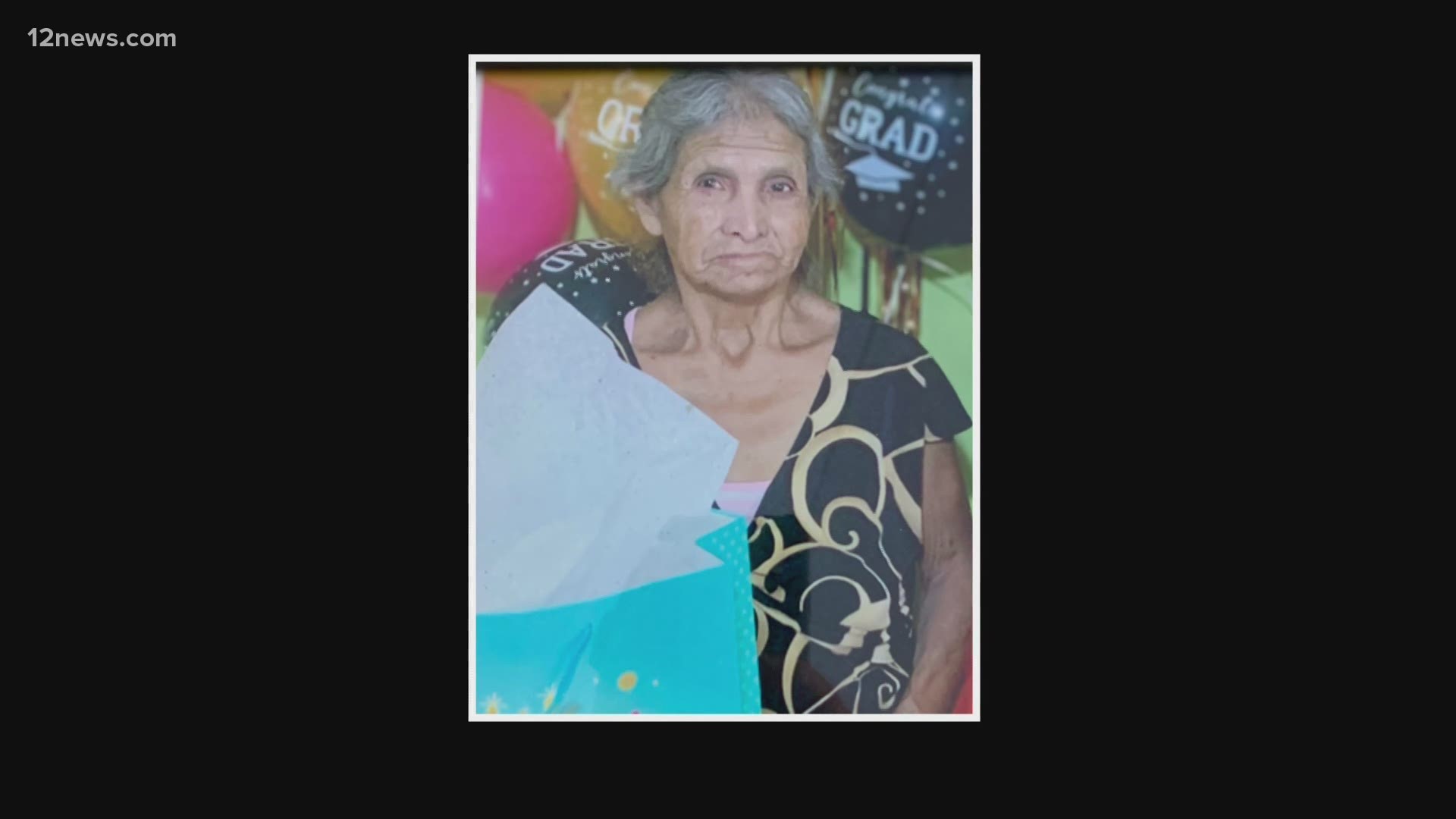 PHOENIX — An elderly woman is dead after four dogs attacked her in south Phoenix. Her neighbors told 12 News the dogs have been a problem and should’ve been taken away sooner.

Her neighbors, who don’t want to be identified, said she was a “nice old woman.”

Phoenix police said around 7 a.m. Tuesday morning, Ruiz was sitting on her front porch when the unleashed Staffordshire mixed-breed dogs attacked her out of nowhere.

Maricopa County Animal Care and Control now has the dogs, and one dog is being tested for rabies.

“It’s sad to say that it takes this," a neighbor said. "It’s just terrible.”

One resident said the dogs tried attacking him just weeks ago and then bit his neighbors.

“It was four of them big suckers," the neighbor recalled. "Shot a warning shot. They got more mean more aggressive.”

Alejandro Hernandez, 33, is the owner of the dogs, according to police.

Police said animal care and control warned him at least once to fix his gate to keep the dogs secured.

Investigators said, in an interview with police, Hernandez admitted the dogs escaped multiple times and would bite people.

Hernandez is now charged with negligent homicide. He could be charged with more depending on how the investigation goes.

That will be at the discretion of the county attorney.