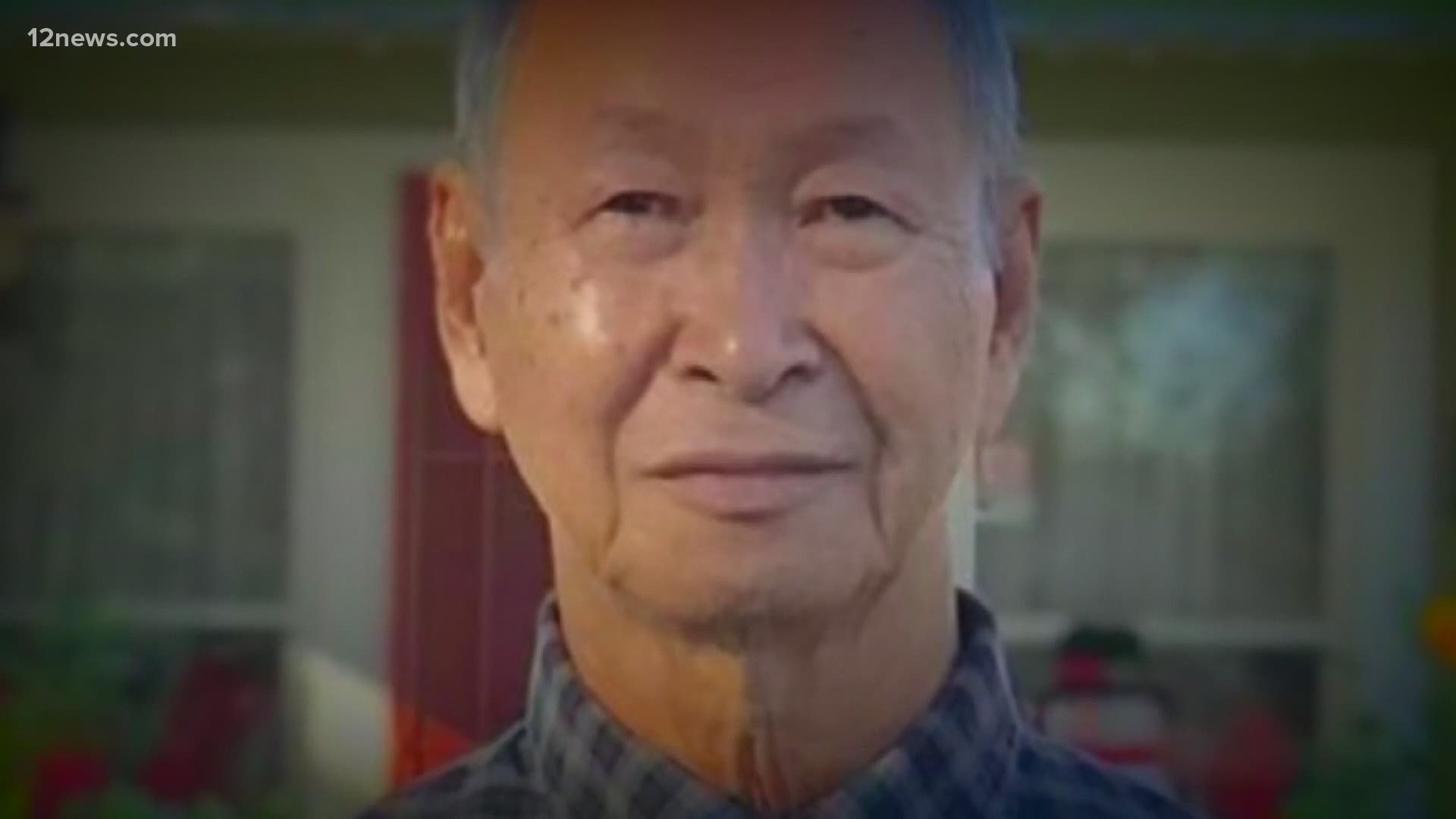 PHOENIX — Phoenix police arrested a man in connection to the death of a 74-year-old grandfather last month, police said.

On Feb. 16 around 11 a.m., police were called to an assault near 17th Avenue and Bethany Home Road.

Falcon was walking in the area when he was attacked by man for "no apparent reason," police said.

Falcon was taken to the hospital, where he died two days later.

He was booked into the Maricopa County Jail, facing one count of murder.

Detectives have not found a motive for the attack.

Stop AAPI Hate is reporting a rise in harassment and violence against Asian-Americans since the start of the COVID-19 pandemic.

The Phoenix Police Department said there are "no indications" that Falcon's death was a hate crime.

"If information is discovered, that will be part of the investigation," the department said.

Falcon's family started a GoFundMe for him.

He is described by family as "chatty and friendly."

His daughter, Malou Acunin, told 12 News, "It is in such great sorrow that we are mourning my fathers passing. I have a lot of questions. Nobody should experience what happened to my father. I want this incident to be a cause of awareness to everybody," she said.

"I don’t want the same incidence of violence and crime to happen to anybody especially to the elderly. My father was just doing his morning walk. He was a good man and loved by many. He could have lived longer with his family if this didn’t happen."

A violent attack leaves a 74-year-old grandfather dead. On 02/16, near 17th Avenue and Bethany Home Road, Juanito Falcon was attacked by Marcus Williams. Juanito died from the injuries two days later. Williams has been arrested and the reason for the attack is still unknown. pic.twitter.com/xtMHf70kDV