The Phoenix Police Department has released more details regarding an officer-involved shooting that took place over the weekend. 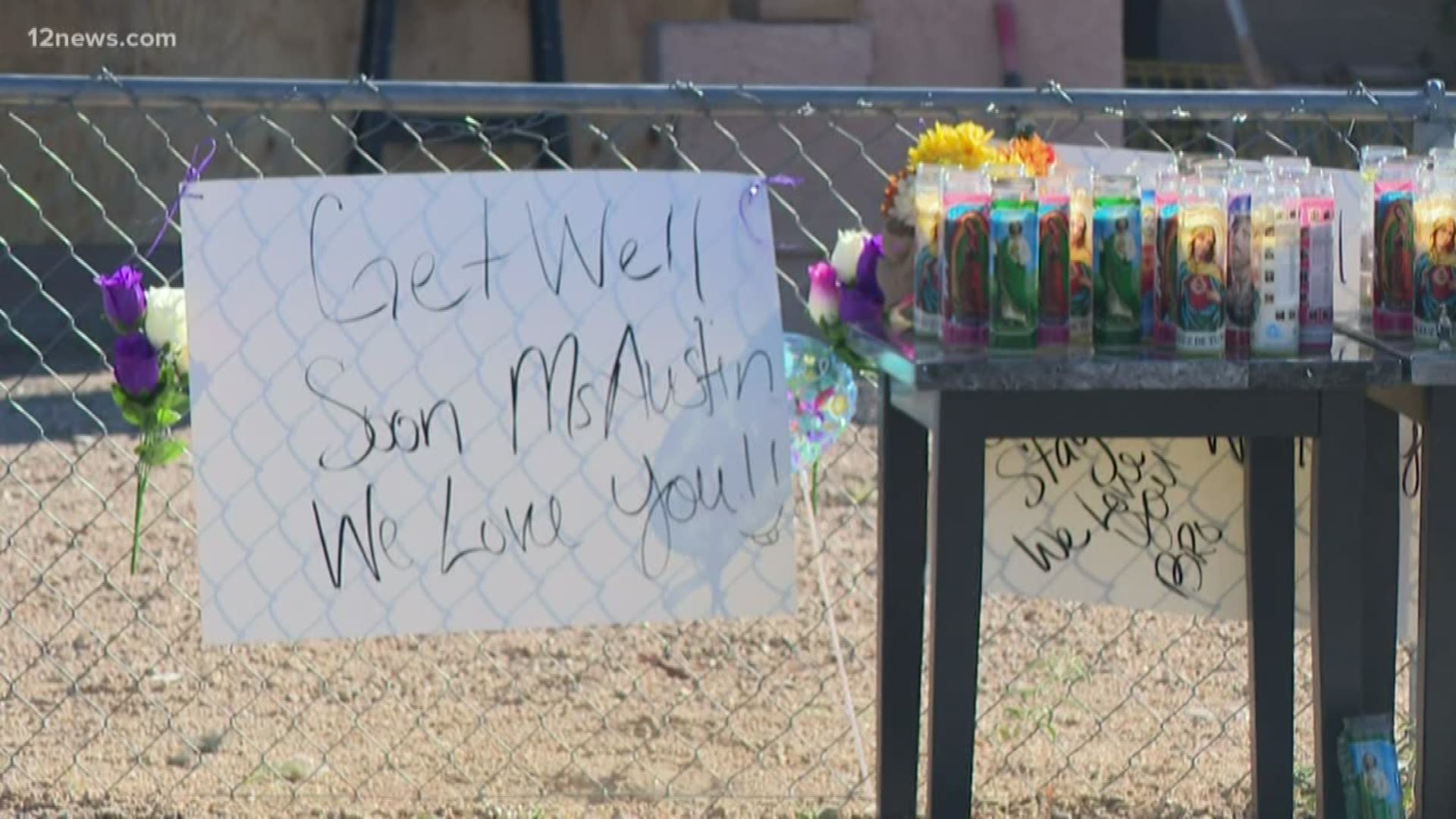 The two women who were shot and injured after a domestic situation led to a standoff at a Phoenix home and ended with gunfire over the weekend were struck by bullet fragments from an officer's gun, police said Thursday.

The Phoenix Police Department said on its website that the women were struck by fragments from a single bullet fired by an officer. The bullet went through at least two items prior to striking them.

The victims, who were described as a 69-year-old woman and a 38-year-old woman, were in stable condition as of Sunday evening, police said.

The standoff and shooting occurred at a home near 24th Street and Roeser Road. The incident initially began around 8 p.m. Saturday and lasted until a little after 5 a.m. Sunday, according to a timeline from Phoenix police.

Officers responded to the home around 8 p.m. for a family argument and an armed suspect. The people inside the home at the time said they were fine and didn't need help.

Three and a half hours later, officers responded to the same home for similar concerns after the suspect, later identified as 32-year-old Michael Austin, allegedly refused to allow family members to leave the home, physically assaulted the 69-year-old woman and threatened to shoot them.

Officers heard shots being fired inside around 12:15 a.m. and shortly after, shots were fired in the direction of the officers and through the walls by Austin. Some of the bullets hit a nearby home, but did not injure anyone.

Negotiations began around 12:40 a.m. and another shot was heard at the front of the house around 1:40 a.m.

Around 4:30 a.m. Sunday, more shots are heard and Austin was seen armed. He continued to refuse to let the family members speak or leave the home.

A special assignment unit officer saw Austin armed and fired at him as the rescue team approached the front door. This occurred just after 5 a.m.

The incident that led to the shooting that injured the two women and two Phoenix police officers occurred within a two-minute window, according to the police department.

Between 5:03 a.m. and 5:05 a.m., the suspect walked down the hallway toward the front of the house and shot at officers, who returned fire. An officer was shot in this exchange. Austin and the two women were also hit by gunfire.

Austin was pronounced dead at the scene.

Activist Jarrett Maupin said Thursday that community members have claimed that Austin did not receive any legitimate first aid after he was shot and that he was shot and unarmed at the time of the shooting.

RELATED: One person with serious injuries after Phoenix shooting