Video from Sky 12 showed the vehicle half-buried inside the entrance of DJ's Bar & Grill. 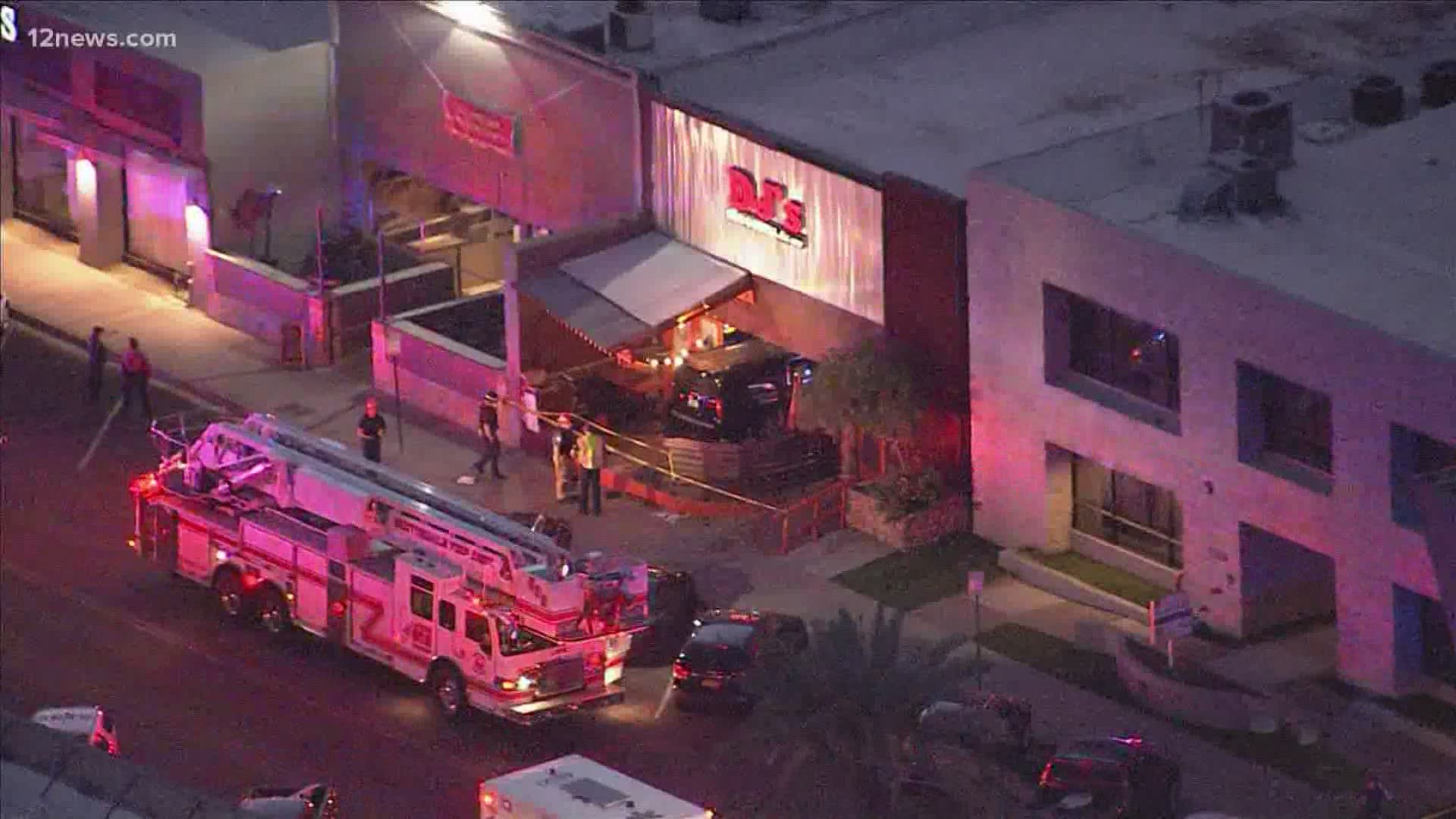 SCOTTSDALE, Ariz. — Two people were rushed to the hospital with serious injuries Thursday night after an SUV careened into a Scottsdale restaurant.

Police say two women were struck by the vehicle, and video from Sky 12 showed the vehicle half-buried inside the entrance of DJ's Bar & Grill.

One victim suffered life-threatening injuries, and police say the driver has been arrested for DUI.

Investigators say the victims were walking by the restaurant around 7:30 p.m. when the driver of the Chevrolet plowed into them.

Witnesses say Hussain attempted to flee, but he was stopped by officers after just a few minutes.

The area was closed off while police work to investigate what happened.

Police say impairment was not a factor in the incident.