The children, ages 9 and 7, were found in an apartment with signs of trauma after a woman told police she was hearing voices telling her to kill her kids. 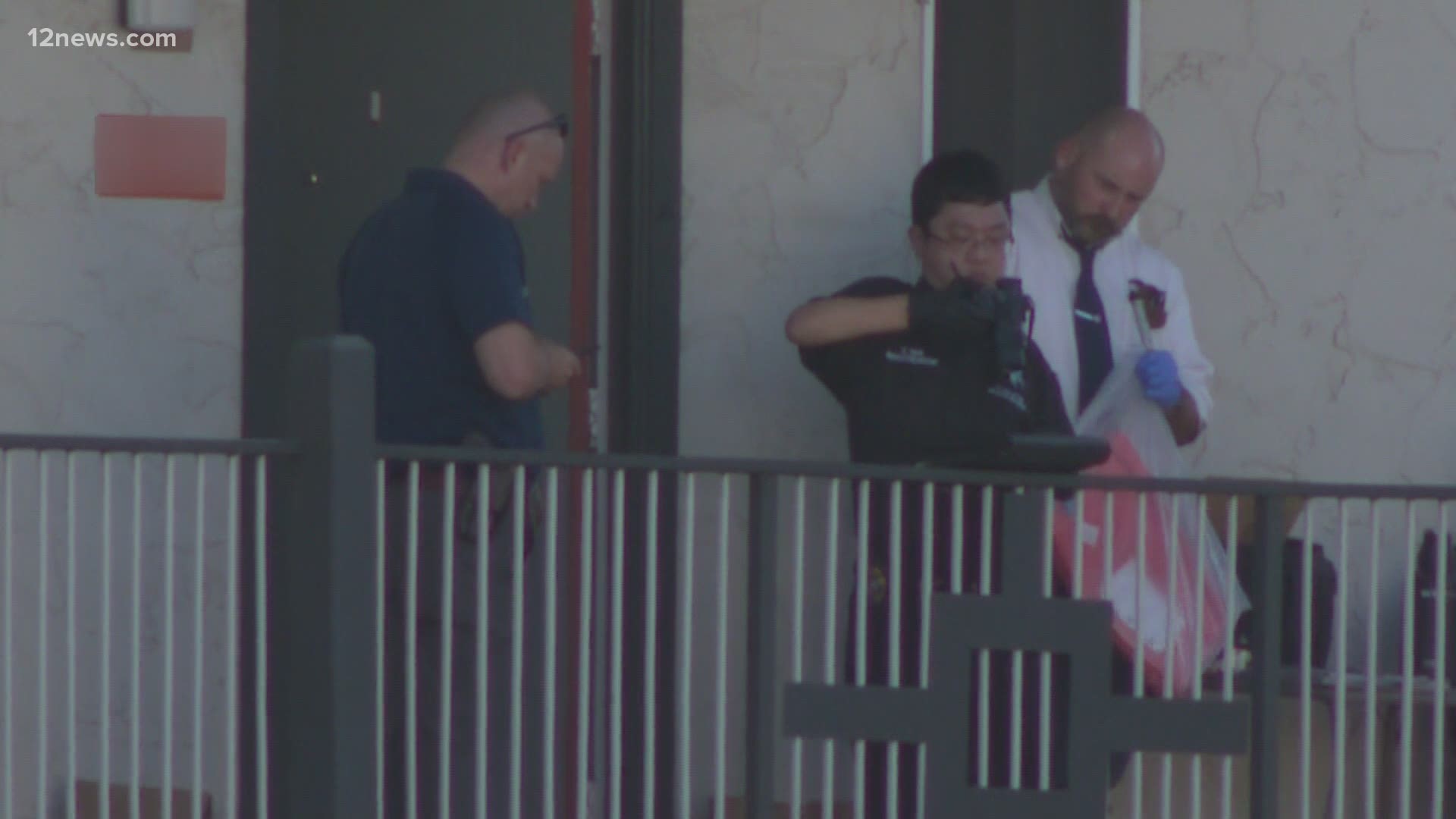 TEMPE, Ariz. — A woman is facing first-degree murder charges after officers found the bodies of two children, ages 7 and 9, inside of an apartment near Mill Avenue and U.S. 60 during an investigation early Saturday morning, the Tempe Police Department said.

The officers arrived at the apartment after a woman, later identified as the mother of the children, flagged them down and told them she was hearing voices telling her to kill her kids, TPD said. Their bodies were found with signs of physical trauma.

Police said officers had been to the residence around 12:30 a.m. responding to a domestic dispute between the mother, Yui Inoue, 40, and her husband, the father of the children. No arrests were made and the parties were separated.

The children were safe in their beds when officers left the domestic dispute call, the department said.

The couple was reportedly arguing about money for Inoue's upcoming move to Japan, the department said. The husband left the house at around 3 a.m. because Inoue had threatened to stab him during the argument. He said the children were asleep at the time of the argument and did not have any concerns about Inoue harming them.

The husband tried to sleep at work but was unable to get into the building, TPD said. He instead slept in his car parked in a parking lot.

Inoue told officers during a post-Miranda interview that she woke up at around 4:30 a.m. with blood on her hands and arms and the two children dead near the doorway of the bedroom, police said. She said she did not believe she killed the children and that she could not remember the event.

A search of Inoue's vehicle when she arrived at the station to report the incident found a meat cleaver and clothing with bloodstains on them, the department said. Detectives believe the meat cleaver was the weapon used.

The children have been identified as Mia Inoue, 9, and Kai Inoue, 7.

Yui Inoue has been arrested and is facing two counts of first-degree murder.

TPD said the officers who responded to the scene "experienced emotional trauma." Care 7 and TPD peer support are working with the officers following the incident, the department said.

"Our thoughts and prayers remain with the father of these children and the officers and fire personnel that responded to the scene yesterday," the department said."

“Kyrene School District is devastated to learn of the loss of two Kyrene del Cielo Elementary School students. While law enforcement focuses on the investigation, Kyrene is focused on supporting the Cielo community. The District has a team of professionals, trained to address the needs of students, parents and school personnel. Counselors will be available on campus, throughout this week and beyond, for any student or staff member in need of support. We ask for compassion for our Cielo community during this time of healing.”

“Moments like this remind us that life is precious and too often fleeting. Please hold your children and loved ones close. The Kyrene community has a way of coming together with love and support, and I thank you in advance for sending that love toward our Cielo families, staff and students.”