The teen's injuries are life-threatening. Police say they do not have a suspect description yet. 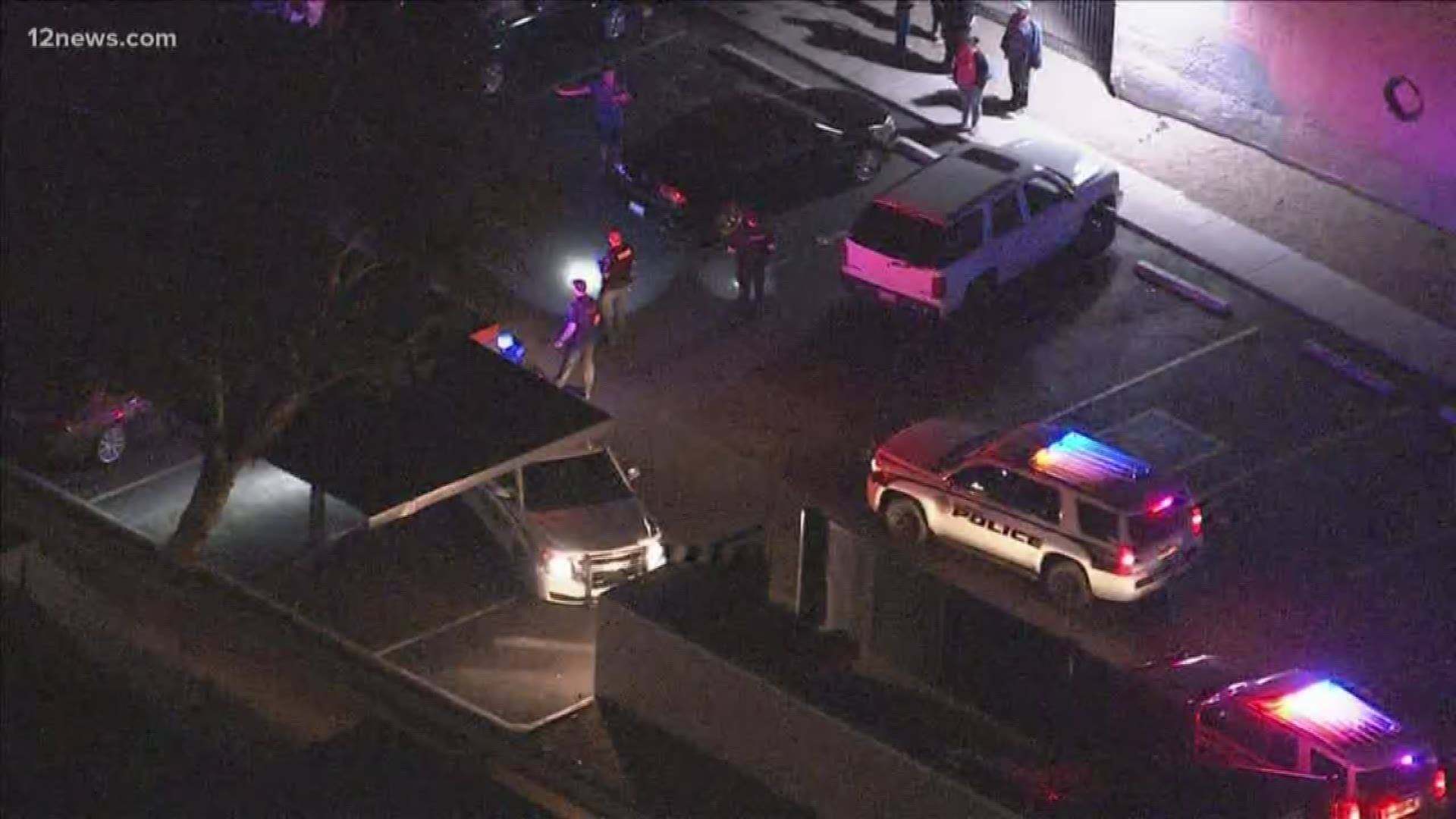 GLENDALE, Ariz. — Police are investigating after a shooting near 63rd Avenue and Bethany Home Road in Glendale sent two people – a 15-year-old boy and a man – to local hospitals.

The 15-year-old's injuries are life-threatening, police said. The man's condition is not yet known.

Glendale police said Tuesday that the shooting occurred after a silver sedan occupied by three men pulled into an apartment complex, stopped and a pedestrian approached the passenger's side of the vehicle.

An argument began and someone inside of the car and the pedestrian began exchanging gunfire.

The driver of the car was also struck and drove himself out of the area. He eventually arrived at a local hospital. The driver is in stable condition

Check back here for updates when we learn more.