The incident led to 10 people, including 6 officers, being hospitalized out of precaution for exposure to pepper spray and an unknown substance, court records show. 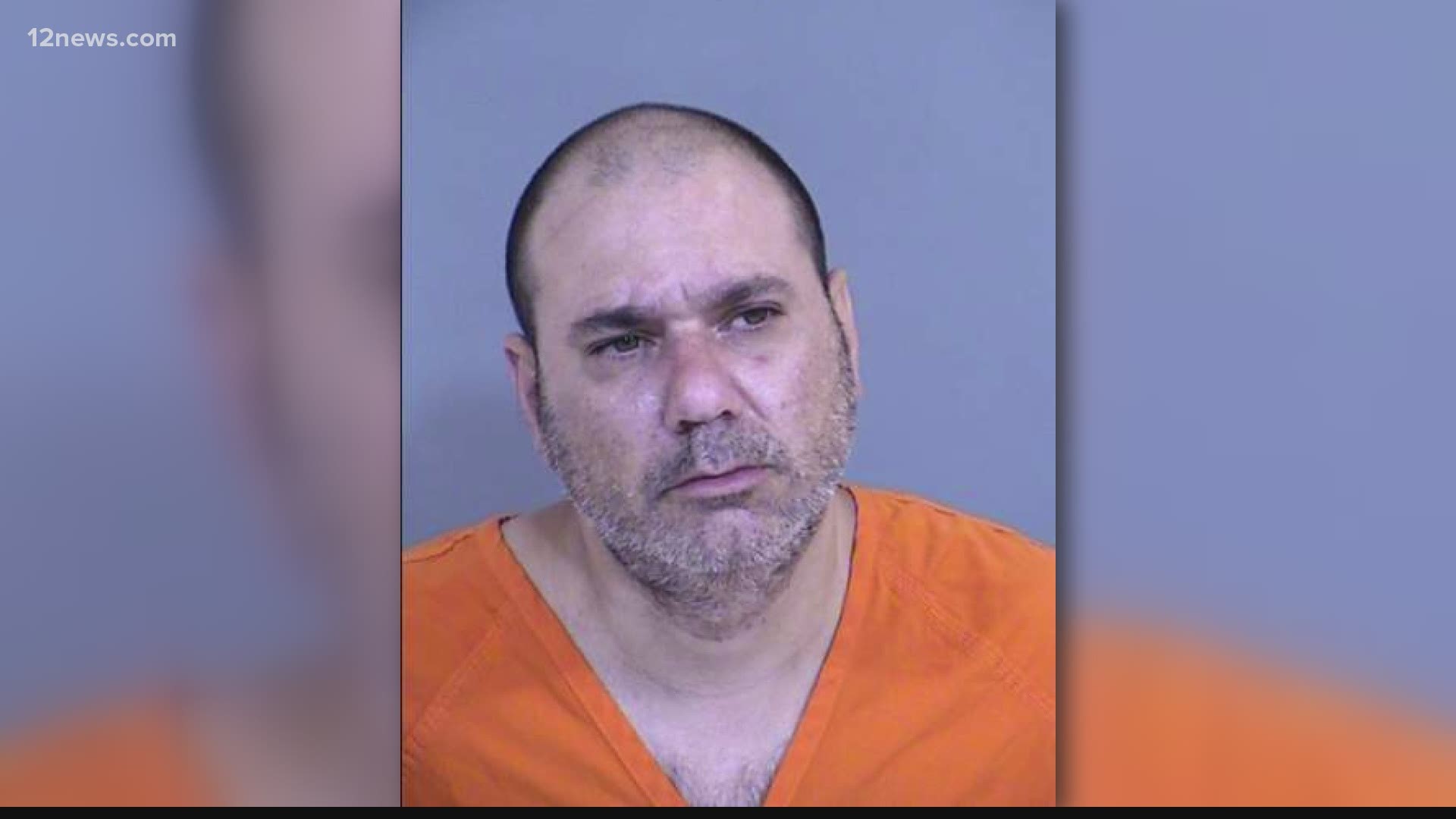 PHOENIX — A man was arrested and charged with kidnapping and armed robbery after holding three people hostage inside of an apartment on Monday, the Phoenix Police Department said.

The man, identified as 42-year-old Lorenzo Cannata, was holding the three people hostage because he believed one of them stole from him, court documents said.

The three witnesses told police that they were inside the apartment, near 40th Street and Camelback Road, doing meth and fentanyl with Cannata when he became accusatory and, armed with a machete, held them for 2 hours. Court documents show that Cannata denied threatening anyone with a knife.

The three were able to escape the apartment after Cannata decided to let one of them go, and the witness pepper-sprayed Cannata, court documents said. The three then called the police to the scene.

Six officers detained Cannata and entered the apartment to conduct a search, police said. They reportedly came into contact with pepper spray and possibly an airborne drug during the search.

The six police officers, the three witnesses and Cannata were hospitalized for precautionary reasons after being exposed, the department said.

Cannata told police that he is bipolar and schizophrenic and has not taken his medication in two months, court documents show. He said that he was hearing voices telling him that one of the witnesses was trying to take his apartment from him.

People in the surrounding apartments were evacuated for several hours.

This is a developing story, stay with 12 News for updates.