MCSO released footage from a 2017 incident, showing a police chase after an alleged shootout and carjackings. 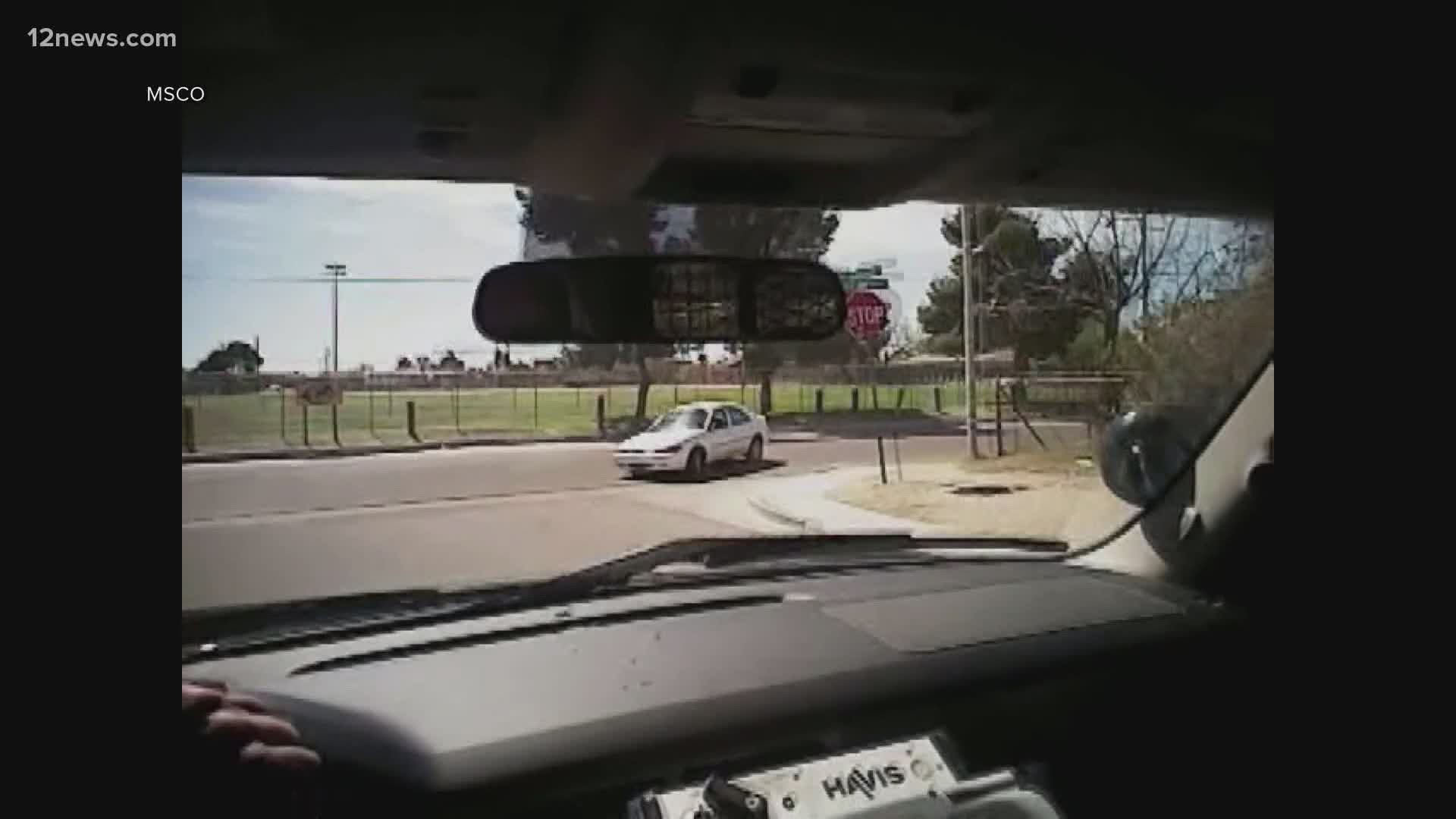 MARICOPA, Ariz. — In March 2017, 911 dispatchers got multiple calls of a shootout in the streets of Guadalupe in Maricopa County.

Before Maricopa County Sheriff’s deputies or Tempe Police officers made it to the scene, police said the suspect carjacked a nearby young woman after threatening her with a gun.

The video plays out like something you would see in a movie or TV show, not on the streets of a small town in Arizona.

The suspect, Jason Sanchez Vasquez, weaved in and out of traffic, pulling dangerous U-turns to avoid police before crashing into a car heading the other way.

Vasquez was able to carjack another car, once again at gunpoint, before continuing the pursuit.

Body camera footage shows while most officers stayed on Vasquez's tail, one deputy broke off and went a different route. There he would find Vasquez and collide with the suspect head-on before getting out of the vehicle and firing his weapon.

Vazquez did survive his injuries.

He convicted of two counts each of armed robbery and assault with a deadly weapon. He is set to be in prison until 2035. 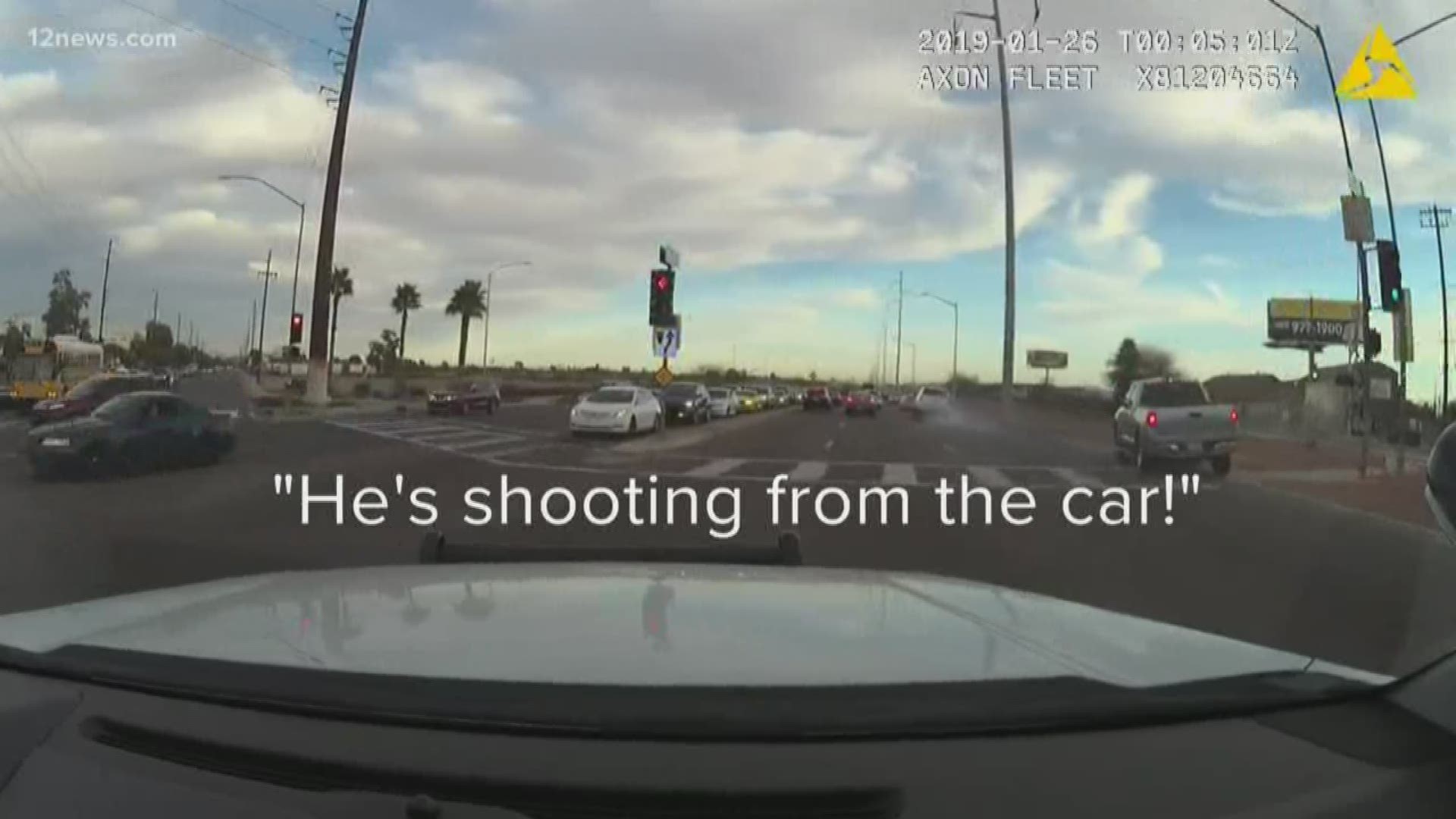