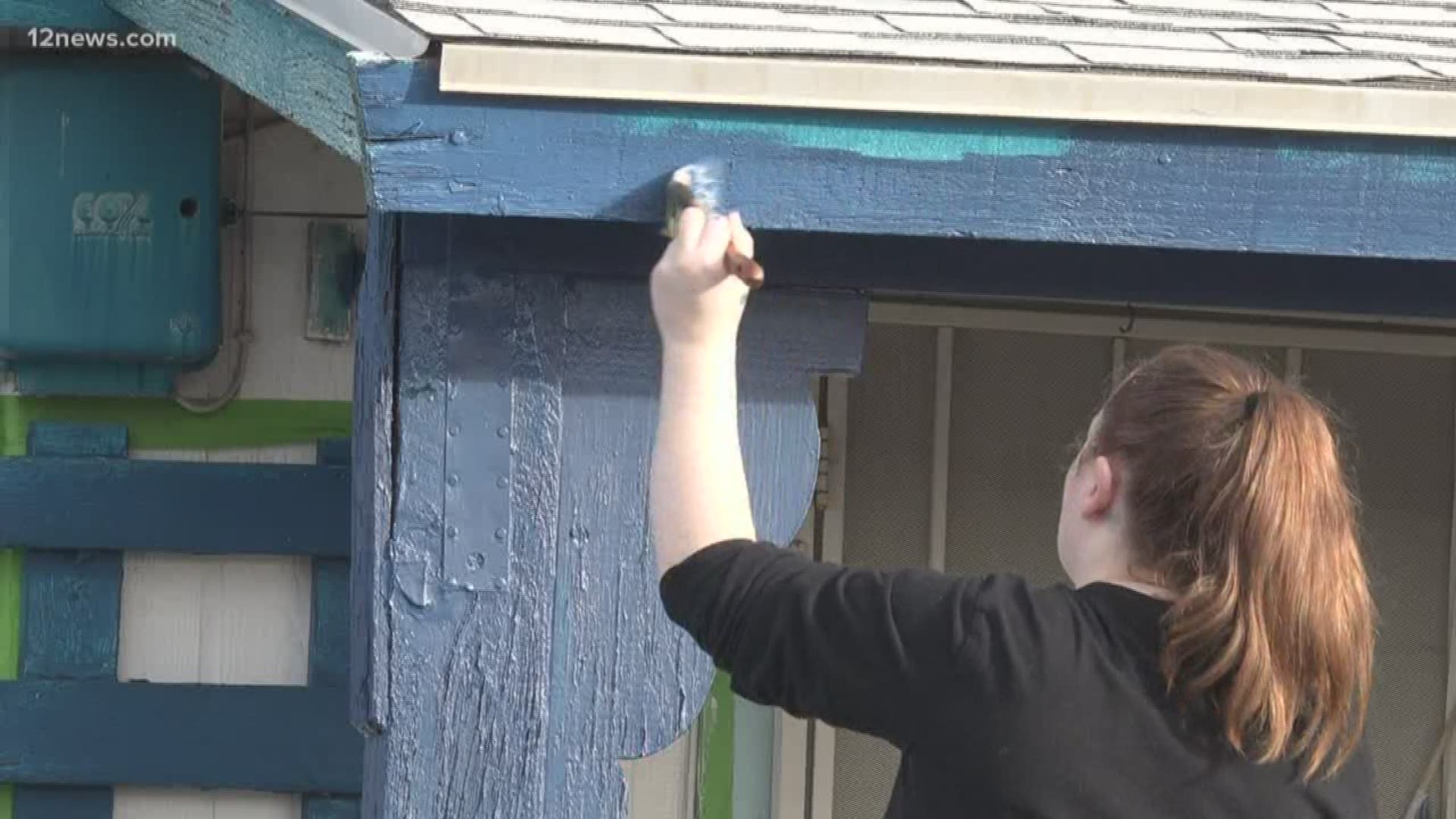 PHOENIX — Every day is an important time to honor those who serve.

And that is exactly what one nonprofit is doing.

Four hours was the time allotted to revitalize this home. Its owner, Korean War veteran Eli Flores, looked on.

“I wouldn’t have half of this done if I was by myself or another couple of people,” he said.

Volunteers – many of them young – surrounded the home. They rolled white paint up and down, brushed blue paint side to side and vice versa.

It was all to improve Mr. Flores’s quality of life, a fact not lost on him this Martin Luther King Jr. Day.

“Martin Luther King was one of the greatest guys I’ve ever known, or I’ve heard about,” Mr. Flores said. “I think he was just fantastic.”

HandsOn Greater Phoenix made this happen. The nonprofit provided the supplies, snacks and drinks.

In other words, the logistics were taken care of. All volunteers had to do to get involved was sign up at www.handsonphoenix.org.

“We met here with a representative from Phoenix, and met Eli, and made the determination that there was definitely something that we can do,” Mr. Woodhams said. “And this was a perfect fit for our Martin Luther King weekend of service.”

This was one of two projects for HandsOn Phoenix this long weekend.

The other, Project Vitamin C in Glendale, happened on Saturday. Volunteers picked fruit from trees and donated it to local shelters.