The woman and her newborn baby are still fighting for their lives in the hospital. 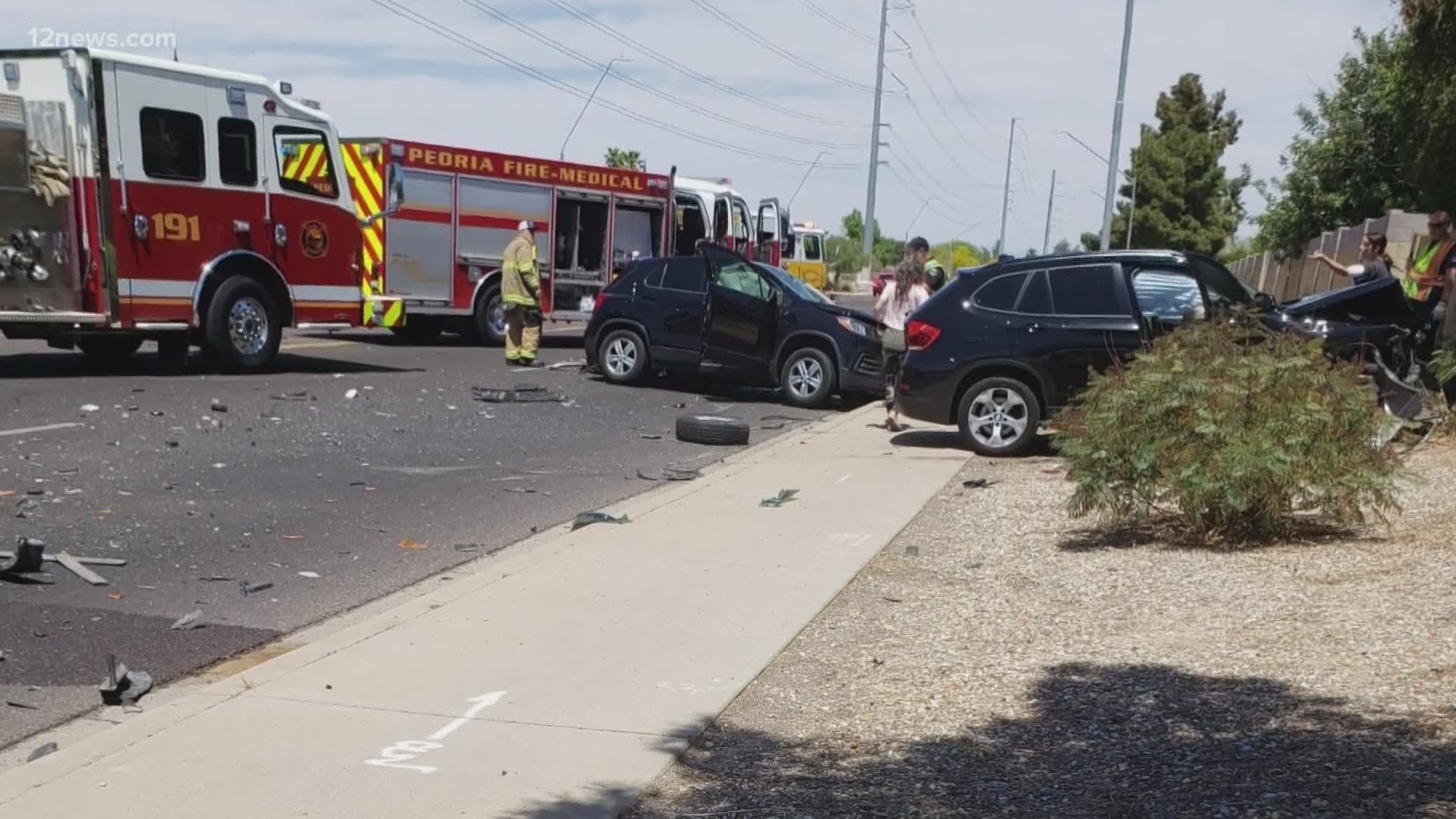 GLENDALE, Ariz. — A mother-to-be was involved in a serious car crash just two days before doctors were going to induce her.

Tyzhaliyah Holiday remains in the hospital with her newborn baby boy, a week after the crash.

Holiday was leaving an appointment with her doctor last Wednesday. She was nine months pregnant and scheduled to be induced on Friday. Her hospital bag was already packed.

But then, her life changed.

“I got a phone call that my daughter was in a car accident," Underwood said.

“The whole street was blocked off. That’s when I knew it was really really bad," Robinson said.

A Glendale Police report reveals witnesses saw a man driving a truck swerving as he drove down 67th Avenue south of Cactus Road just before noon.

The driver then crossed the center line and collided with Holiday.

Her family jumped into action as paramedics rushed her to the hospital for surgery.

With a ruptured spleen, pelvic and leg fractures, doctors performed an emergency C-section.

“The baby lost oxygen to his brain. Seizures have been happening. It may be lifelong effects with him," Robinson said.

The newborn baby boy, Azan, and his mom are still undergoing surgeries in the hospital. Doctors are unsure of what their futures will look like.

Their family is asking for prayers and kind words and for everyone to pay attention on the road.

This family has a long road ahead. The family has set up a GoFundMe page to assist with medical bills and unexpected costs. You can find the link to donate here.

Glendale PD has not said if the driver responsible is facing charges.