“I lived here 53 years. And I want my street back. And I’m getting it,” said one of the neighbors. 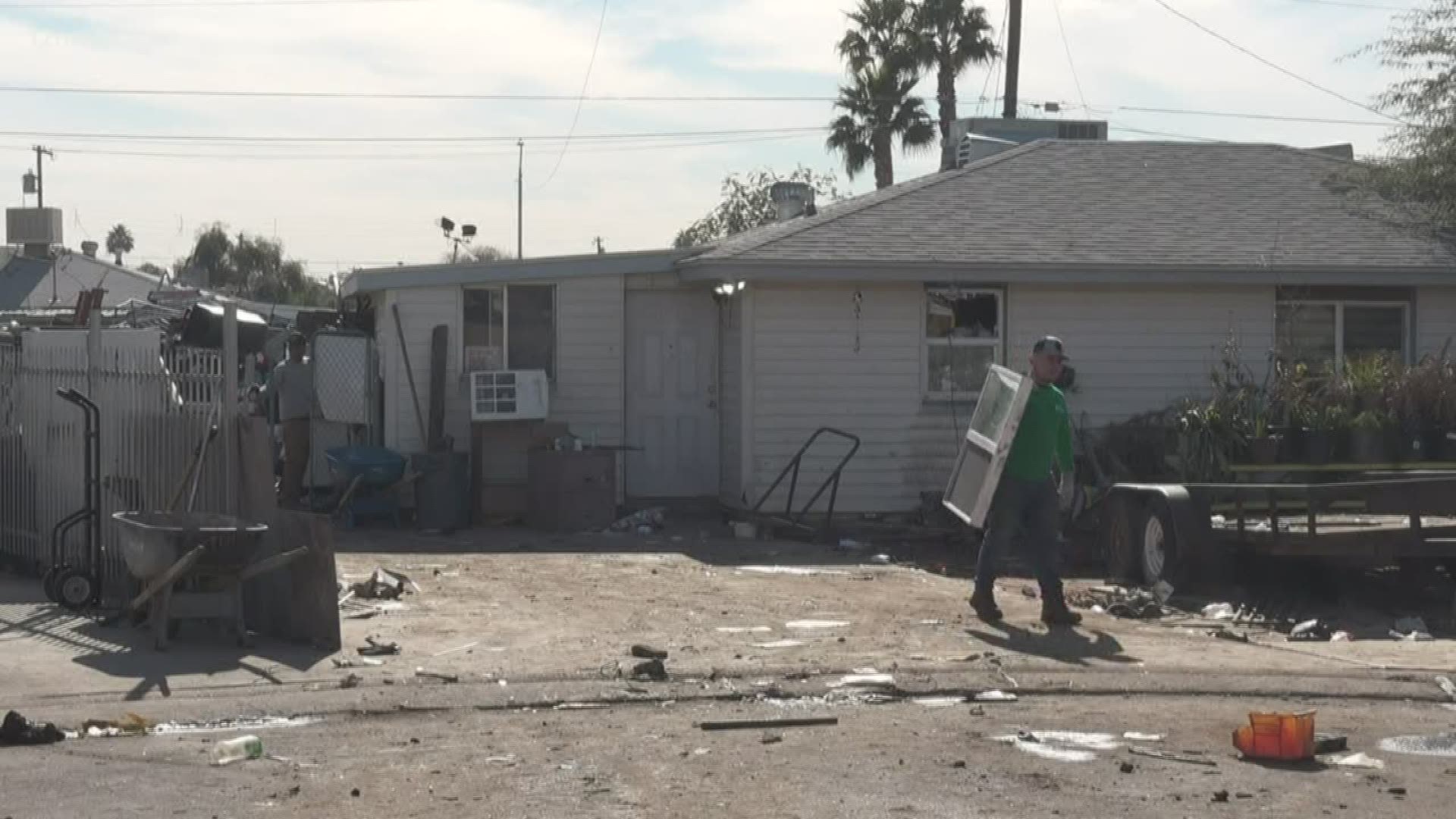 PHOENIX — Police say a drug dealer who doubled as a hoarder is in jail while his Maryvale neighborhood home remains a complete mess and nuisance. But thanks to one neighbor’s fight, clean up began this morning.

Shovels full of debris were loaded up from the house and unloaded into dumpsters repeatedly. This mess’ depth was seemingly immeasurable. And it’s width pushed property boundaries.

“I lived here 53 years. And I want my street back. And I’m getting it,” neighbor Mary Lou Ortiz said.

Police acknowledged the home has been in an unsavory condition for years.

“And I didn’t give up,” Ortiz said. “And people do not give up with this.”

Neighbors of the 6400 West Columbus home and police watched crews work as both parties are pleased that this nightmare was coming to an end.

As to why it took so long, police say the process is deferential to homeowners.

Phoenix Police Sergeant Mercedes Fortune said, “We know how important it is to have your own place to live. And how hard you work to get to that place. And so it is our opportunity to work with them and get them to a place where they’re adding something to their community.”

Sergeant Fortune also acknowledged it can all be frustrating and praised officers' work.

Back to Marry Lou, she was left speechless, almost.

“Amazed. I am shocked. I’ve been up since 4:30 since everything started rolling,” Mary Lou said. “I don’t know the words. I’m just in lala land right now. Put it that way. I worked too hard.”

Police say the cleanup will take two to three days in all. As for the owner of the house, he was arrested on drugs and weapons charges, according to police.

RELATED: 'There are no age requirements to make a difference': 9-year-old runs for kids with cancer