Phoenix girl among the first female Eagle Scouts in the country

Stella Lipson, along with the inaugural members, became Eagle Scouts on Feb. 8. 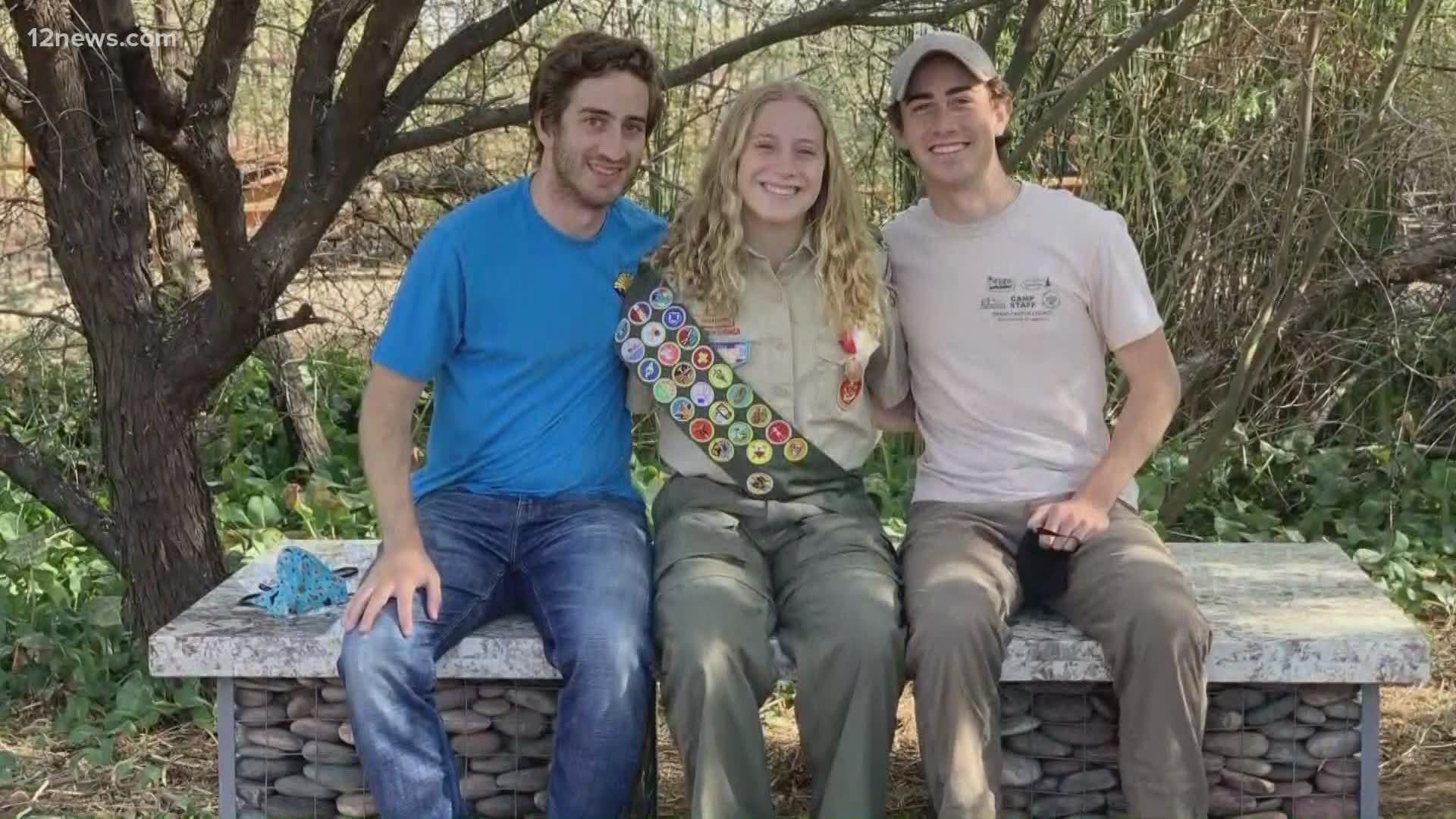 Stella Lipson, a 16-year-old Phoenix girl, was one of the first to sign up.

“My brothers are both Eagle Scouts and I got to watch them go through the whole process and I always looked up to them,” said Lipson.

She, along with the inaugural members, became Eagle Scouts on Feb. 8.

Lipson's community project was based on leading members of her own troop, No. 3030, to build the Children's Garden at the Nina Mason Pulliam Rio Salado Audubon Center.

They built a bench, pathways and set personalized stones along the paths.

“I enjoy the outdoors,” said Lipson.

Patty Heit, the scout master for Troop 3030, said the troop has grown from five to 29 girls in just the first two years.

“I think it offers them a lot of opportunities to try different things. With all the merit badges and all the activities, they have to do in order to achieve the rank. They just get a big breadth to find out what they want to do. What they want to be,” said Heit.

Lipson, who was once a Girl Scout, sees more opportunities ahead in developing leadership skills as an Eagle Scout.

“Females are in scouting which is incredibly exciting,” said Lipson.