There were a record-breaking 44 Phoenix officer-involved shootings in 2018. This year, that number has dropped to 15 shootings. 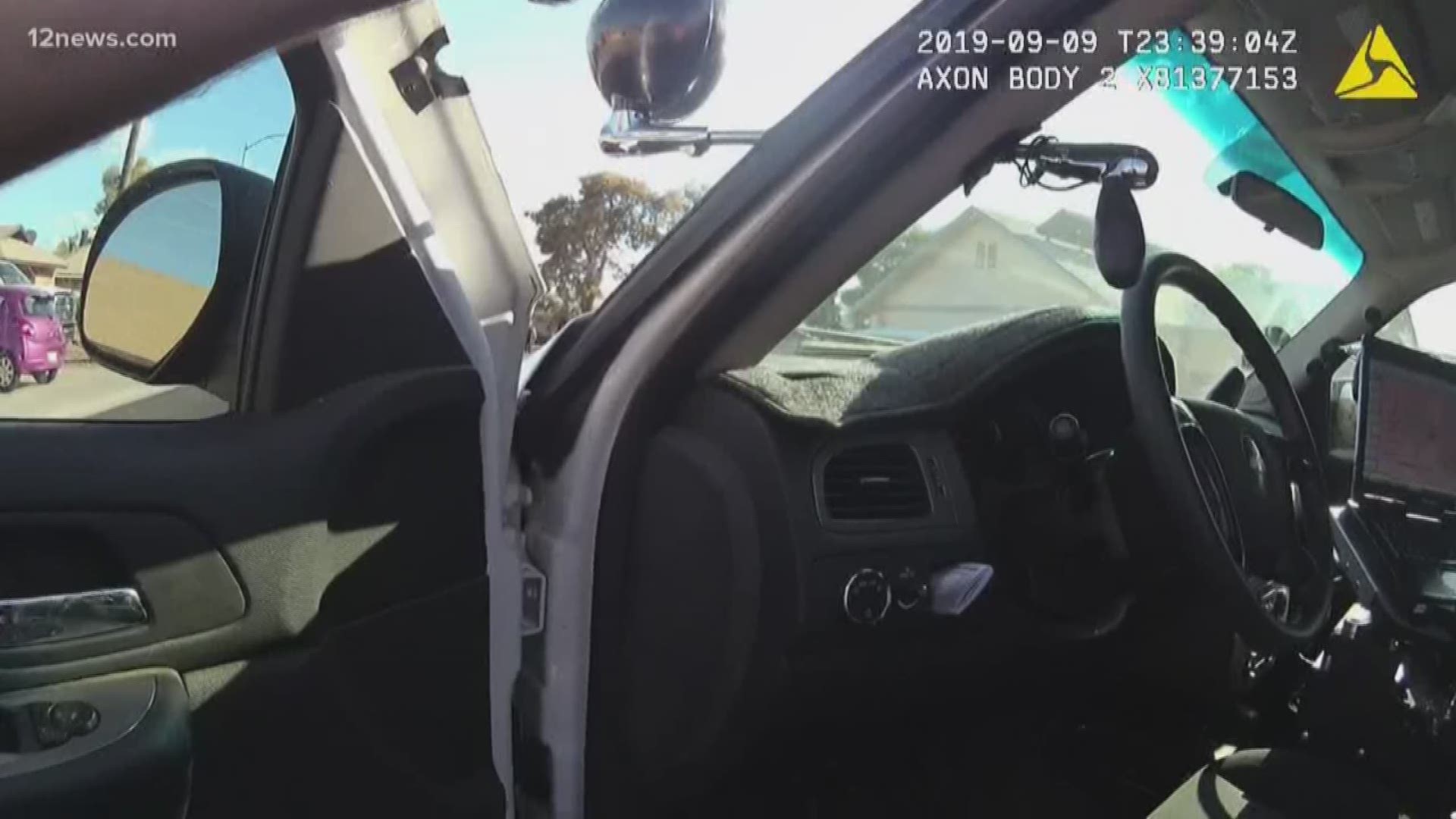 There were 44 shootings, more than double what the department averaged in years prior.

But this year, it's a different story.

In 2019, the department has seen a significant reduction, with just 15 officer-involved shootings.

RELATED: Officer-involved shootings in Phoenix broke records in 2018. What about 2019?

One of those 15 incidents happened on Sept. 9. Dramatic body camera video showed the moments Phoenix Police officers came face-to-face with Hector Miranda. The 47-year-old man was armed with a knife and a gun.

"She had this big old gash," said a neighbor.

Just before police got to the neighborhood near 43rd Avenue and Thunderbird, witnesses say Miranda stabbed his mother in the head.

"He's saying he wants to commit suicide. He's walking towards me," one of the responding officers said. Video showed the suspect walking toward his vehicle.

Officers say they had no choice but to fire. Miranda later died.

In 2018, there were 44 officer-involved shootings and 23 of them were deadly. That meant Phoenix Police officers shot and killed more civilians than any other department in the country.

So, was last year just a fluke?

“It sounds dismissive of the extent of the tragedy we saw in 2018. But it does in some ways look that way," said Jim Burch of the National Police Foundation back in April.

Regardless, the disturbing data sparked major changes including a study by the National Police Foundation.

Since 2018, Phoenix Police changed the way it trains officers, moving from a military-style training to training that uses scenarios and focusing on problem solving.

In 2019, Phoenix PD sparked controversy in a different way through a June incident involving Dravon Ames and Iesha Harper. They were suspects in a shoplifting incident. Video of police confronting them afterwards went viral only because a witness recorded it on a cell phone.

Now, the department has issued thousands of officers body cameras.

The Phoenix Police Department declined an interview for this story but issued the following statement to 12 News:

“The Phoenix Police Department takes great pride in being an adaptable and learning organization. The changes which were suggested by the NPF study were welcomed and some are already in place.

"We have kept our commitment to greater transparency and accountability by creating an OIS dashboard and recent Critical Incident Briefing videos. We continue to find new and innovative techniques related to training and have traveled to other agencies for best practices related to behavioral health and crisis intervention.

"We will continue to seek out opportunities to identify the needs of our community.

• Outcry pushes Phoenix to roll out body cameras for officers