Bill Burch, who own’s Burch’s Karate, designed the course, which focuses on exploiting the more than 360 pressure points in a person’s body. 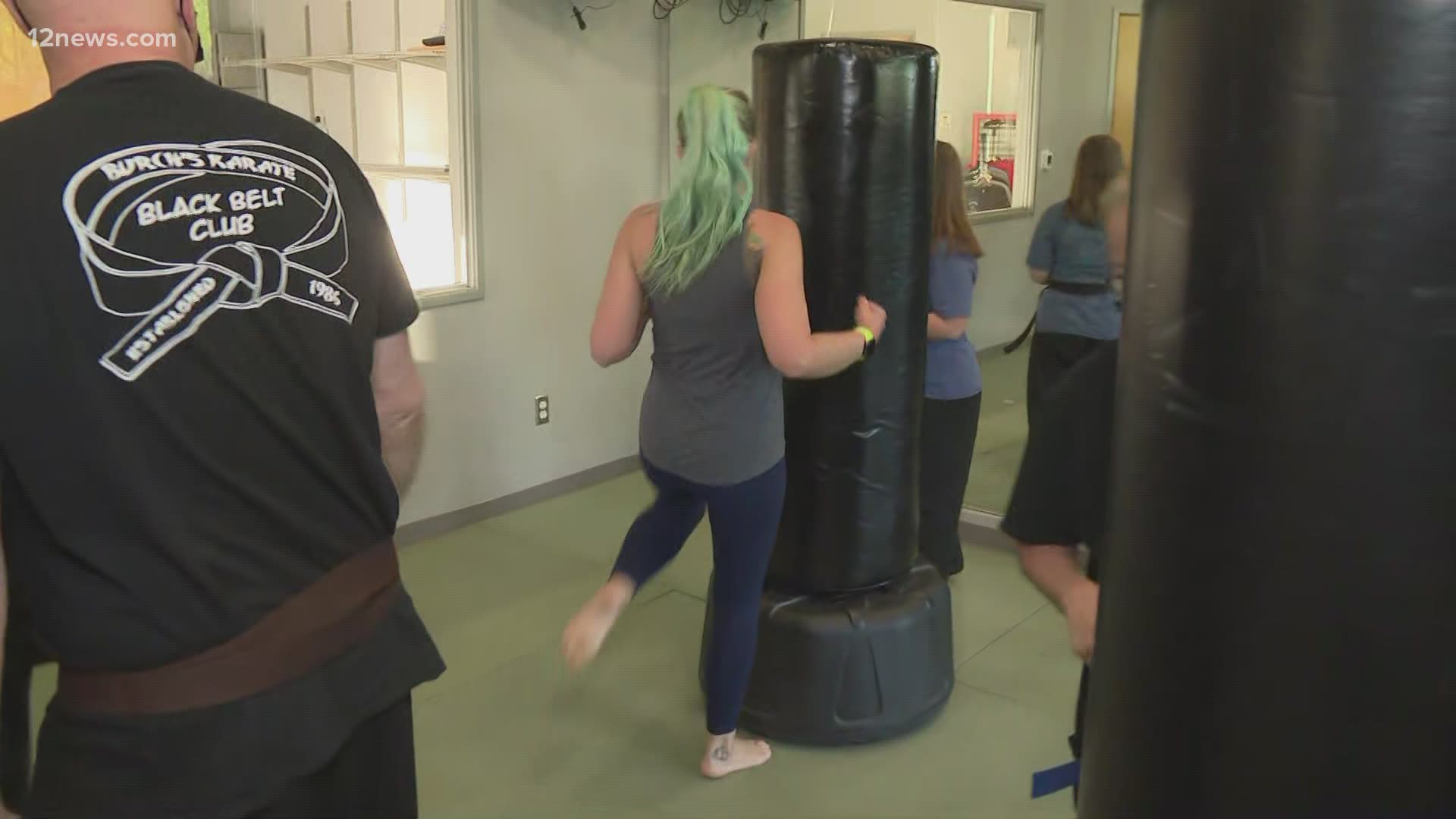 PHOENIX — Beginning next Saturday, women in the Valley have an opportunity to learn basic self-defense.

Bill Burch, who own’s Burch’s Karate, designed the course just for women, which focuses on exploiting the more than 360 pressure points in a person’s body.

This strategy allows virtually all women to create space and escape a potentially dangerous situation. In fact, Burch compares it to swimming lessons for kids.

Beginning Saturday, May 1, Burch’s Karate will host eight, one hour sessions on consecutive Saturdays. Class times are expected to begins around 10:00 a.m. To learn more and ultimately sign up, head to the company website.

“Well, parents put their child in swimming not because they are looking for them to become the next Michael Phelps,” Burch said. “Just to protect them if they fall in the pool. They can roll over and get to the side [and] survive. And that’s basically what a workshop or self-defense course is going to provide.”

Burch provided examples of how smaller people can ward off significantly larger attackers. He says it’s about knowing exactly where to strike based on the situation. Noting, if someone has you by the throat, strike “on the outside of the arms.”

Tara Spencer attended the demo. She is a novice, noting it’s her first time hitting a bag. She believes there is no better time than now.

“And I feel that it’s just very important for us to be aware and to be able to protect ourselves,” Spencer said.

The training will also help women clearly identify potentially dangerous situations, and how to react accordingly.

“It’s having that idea what to do, recognizing a threat, and then going the other direction,” Burch said.