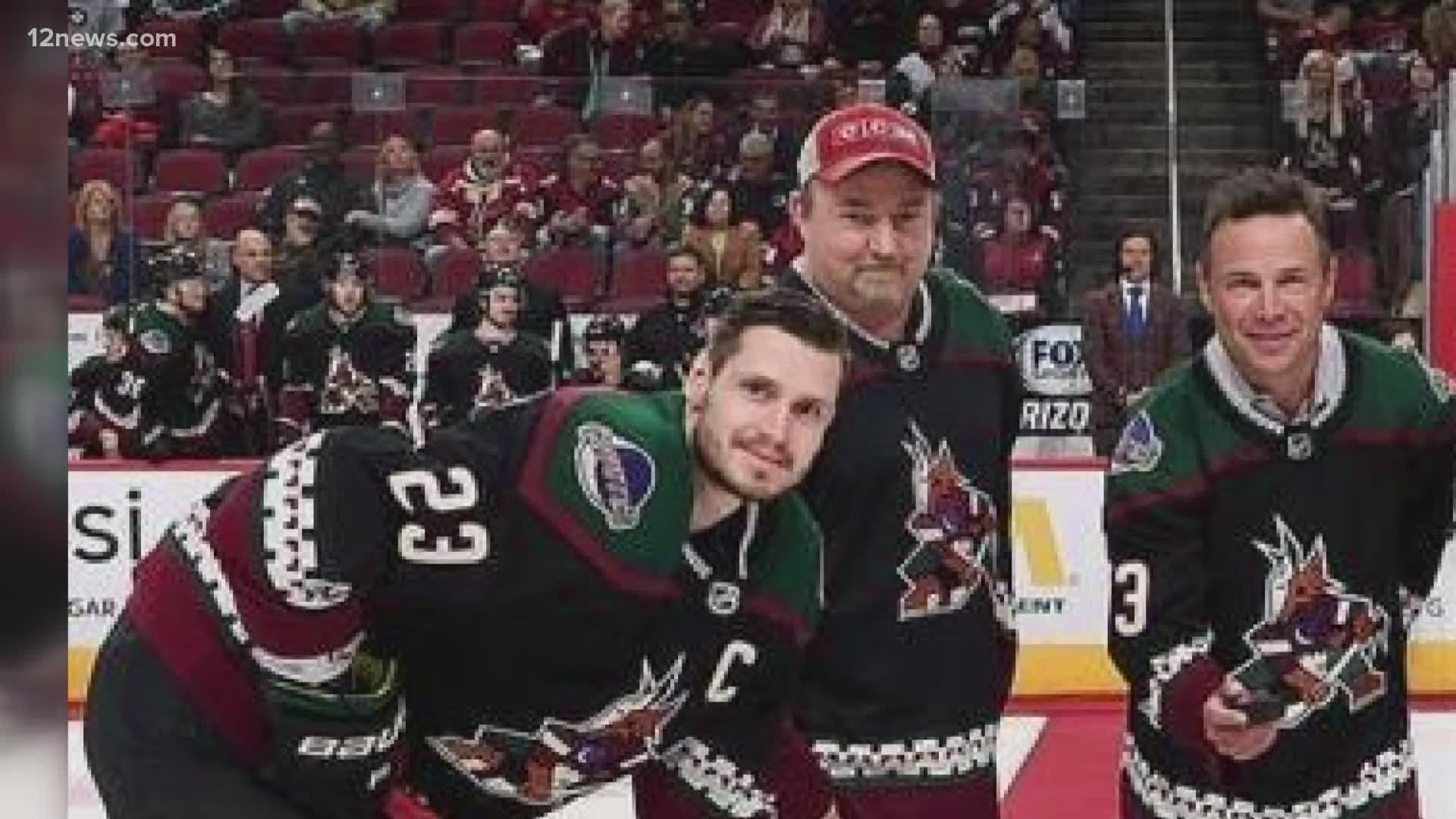 In local hockey circles, there may be no bigger name. Best known for mentoring young hockey players, Rogers touched countless lives. And it all began at AZ Ice Arcadia.

“About twenty years ago, in his thirties, he was able to purchase this rink,” Jim Curley, the business's general manager said.

“Seven years ago, he purchased two more rinks in town to own five sheets of ice and continuing to grow this game. Growing the game was his passion.”

Curley is handling Rogers' business affairs and other aspects of his passing.

“Going through his personal belongings in the office has been overwhelming,” he said. “The cards and things like that that he has saved. We found stuff 20 years old...He saved notes from kids that thanked him for being their coach.”

Rogers' son found his dad dead in his office Tuesday. His sudden passing is said to be due to lung complications.

“The day he passed away he’s happy, he was healthy, he was smiling. We were joking, talking about the business, kind of working through some things,” Curley said.

In his remembrance, youth and adult hockey players will don a helmet sticker. It is courtesy of the Arizona Coyotes. At some point, there will also be a service open to the community.

“And one of the things we’ve decided to do in lieu of flowers,” Curly said, “is ask people to bring a hockey stick.”

This will help fulfill what has turned about to be Rogers' final goal: getting a thousand kids in his rinks over the next year.

“His legacy lives on,” Curley said.