Honoring a Valley firefighter at the highest peak

Chief Tom Shannon, along with a group of Scottsdale firefighters and a few close friends, wanted to pay tribute to Austin Peck. 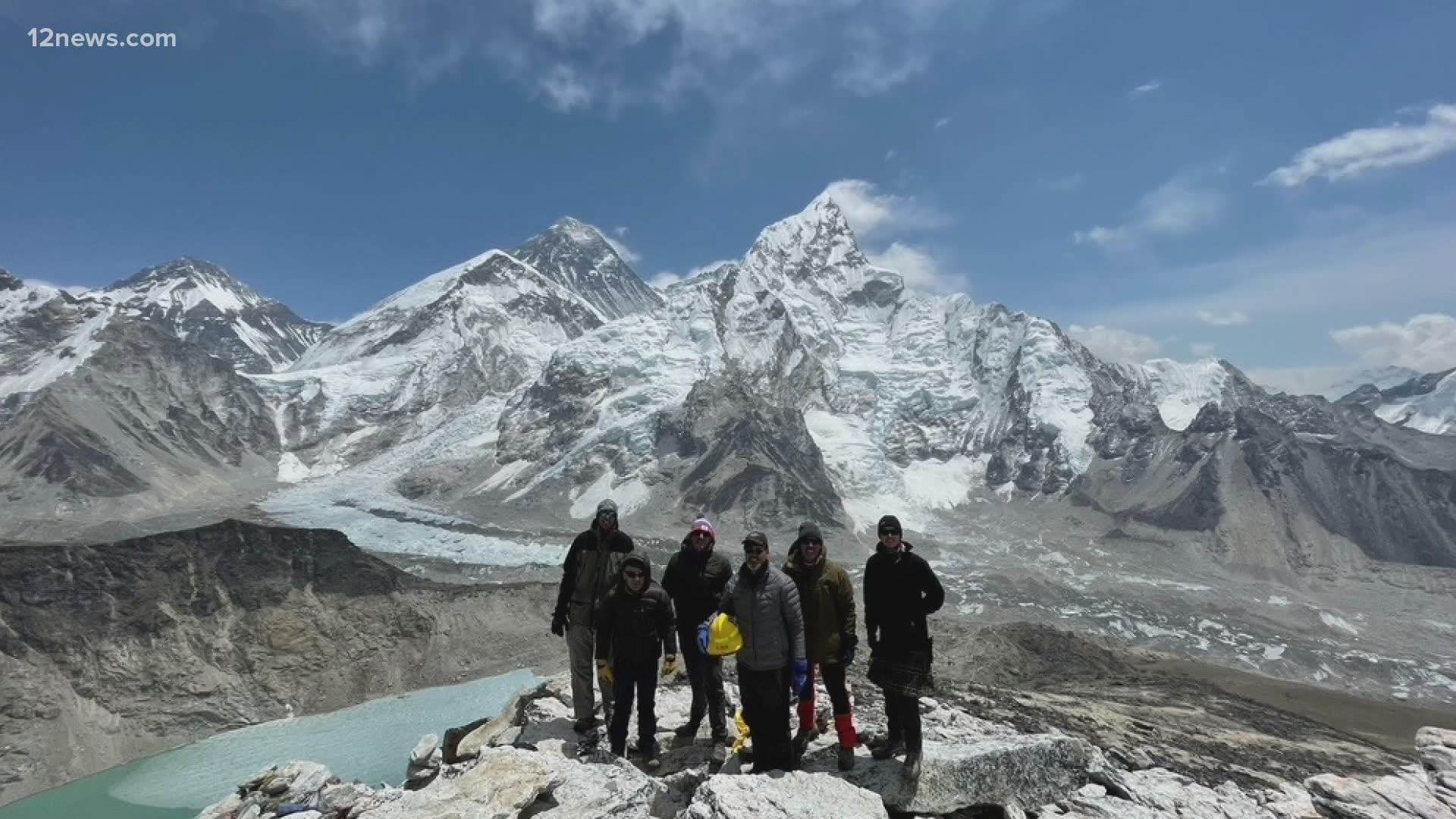 SCOTTSDALE, Ariz. — "The camaraderie on this thing was fantastic, we spent a lot time busting each other's chops and a lot of emotion when we got to the top."

Chief Tom Shannon, along with a group of Scottsdale firefighters and a few close friends, wanted to pay tribute to Austin Peck.

Peck was a former crew member who lost his battle with occupational cancer. This journey to Mount Everest was emotional for those close to Austin, plus the mission is to continue being mindful of the threats, beyond flames that fire crews face.

This trip was affectionately known as “Peck’s Trek”, honoring both Austin Peck and Phoenix Pub Manager, Dave Grefka who hosted Austin's wake at the Dubliner.

"Sadly, Dave Grefka was the bar manager there and he passed shortly after Austin did, so we were able to kind of make it a Dave Grefka/Austin Peck memorial trip," he added.

As Chief Shannon explains this trip hits home for so many who've lost loved ones to cancer.

"You don't need to trek to Nepal or Mount Everest to help folks recover from loss and there's a lot of folks that have experience last night on fire service but then everyday life with loss of loved ones and cancer," he explained.

They have made it their mission to take thoughts and prayers to unbelievable peaks to prove solidarity and strength to one of their own.

"We carried literally hundreds and hundreds of prayers and sentiments from everyone from the governor of our state down to the Yarnell 19 families and every relative and imaginable a person who finds themselves supporting public safety," he shared.

Chief Shannon is grateful for recently passed legislation that helps alert crews to the silent killers among them every time a call comes in.

"Now that we are aware we are responsible, us as executive fire officers to protect our folks and then the firefighters themselves since they know that bad thing is inside that building regards to whether or not there's a there's a victim to be safe or not once what we cleared that house of a victims are firefighters are most at most at risk," he explained.

The next step in this emotionally driven task, is to take note of what lies ahead for every firefighter, who knowingly runs toward danger for the safety and security of their communities.

"At a minimum our prayer flags are licking the skies right now, sending all those sentiments to the heavens and hopefully that brings some folks some comfort," Chief Shannon said.