After Metro Phoenix Light Rail construction and the pandemic, it is in a world of financial hurt. The owner says the business needs donations to survive. 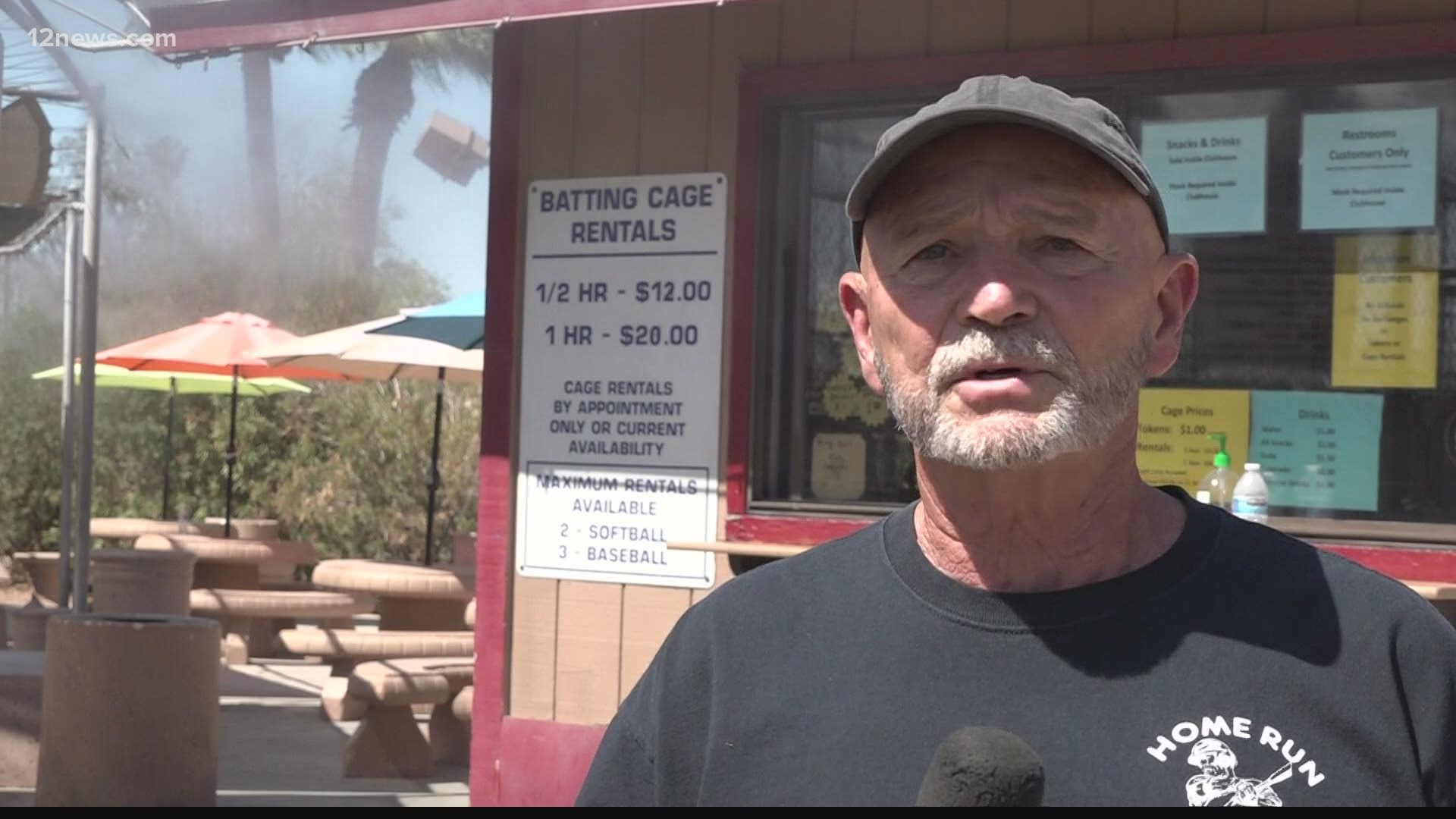 PHOENIX — A longstanding business in our community needs help.

After spending more than three decades in Mesa, Home Run Stadium is in a world of financial hurt after Metro Phoenix Light Rail construction and the pandemic. So much so, owner Roc Rothchild, says without charitable donations he may be forced to close.

“I describe our situation now as being caught in the perfect storm,” Rothchild said.

His business was prepared to handle two-plus years of Metro Phoenix Light Rail construction, limiting access to the batting cages. Plus, he says construction was delayed.

“During the light rail construction, we were down over 50 percent,” Rothschild said, referencing revenue comparisons.

Then just five or so months after construction was complete, the pandemic hit, eliminating much of his busy season and at least some of the incentive for customers to show up.

“The little league season was canceled,” he said. “Spring training was canceled. And the customers just didn’t show up.”

If Rothchild were to lose his business, generations of customers would go with it. Michael Burton said he has been coming to the Home Run Stadium batting cages since at least the mid-nineties. Now, he brings his nephew, hoping to pass on a love for America's Pastime.

“It means a lot for him to be able to grow up and come here like I did,” Burton said. “It’s a good thing.”

If you would like to make a donation to help save Home Run Stadium, head to its GoFundMe page.

“We have elevator repairs. We have machine repairs. We have a lot of netting repairs,” Rothchild said, describing how some of the funds would be used. Other repairs include asphalt maintenance. Already, some donations went toward new baseball and softballs.