'His last meal was a good one': Chandler restaurant owner remembers Officer Farrar after line of duty death

May Rowden at Chon Thai Food says she served Officer Christopher Farrar and his partner an hour before he would go on a call that would ultimately end his life. 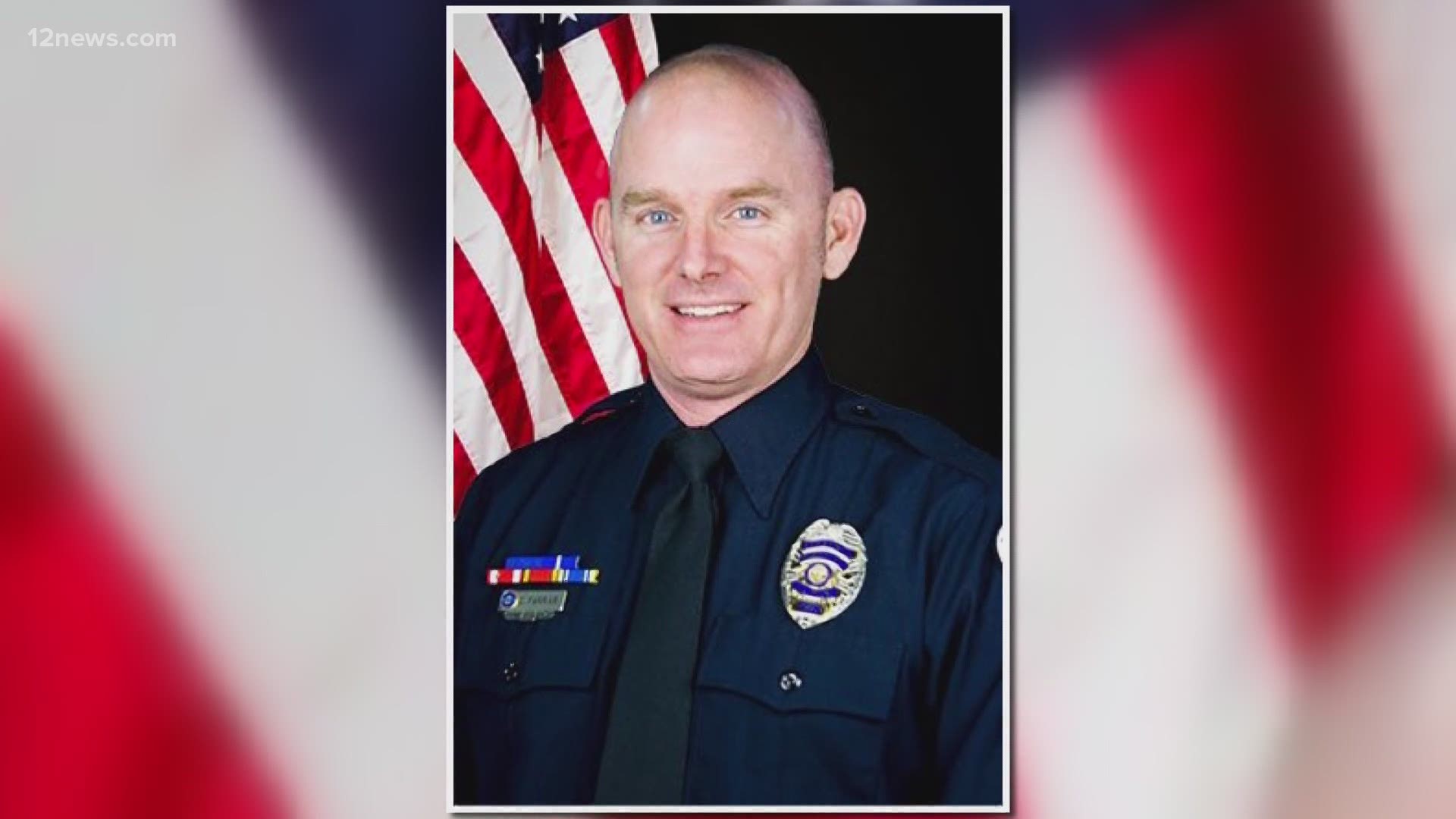 CHANDLER, Ariz. — Driving by the scene Thursday night, May Rowden knew it was bad.

By morning, May read it was a Chandler officer struck and killed by a suspect during a police chase.

The restaurant also happened to be the last place Officer Farrar ate dinner before the call that would end his life.

Shortly after 10 p.m. a Pinal County Sheriff's deputy tried to make a traffic stop north of Eloy.  That suspect, not yet identified, took off and started shooting at the deputy.

The suspect drove north to Chandler, crashing through a fence and onto the runway at the Chandler Regional Airport.  The suspect continued on to Loop 202, driving in the wrong direction, before exiting at Val Vista toward San Tan Ford in Gilbert where he stole a car and hit Officer Farrar, a Gilbert Police officer and one of the dealership's employees.

Officer Farrar died from his injuries and the Gilbert officer is in the hospital in critical condition.  The dealership employee suffered minor injuries.

May was shaking at work just thinking about it.

"He normally came in for dinner around 7, 8:00 with his partner," she says, talking about Officer Farrar. "They’ve been super nice to me every time. We joke around. We talk and every time I would tell them 'Hey, be safe out there.'"

She said the same Thursday night and watched as he went outside with his K9.

Neither knew he’d be called to the pursuit about an hour later.

"I don’t know how I’m going to do it today," May says. "I’m going to see that table and keep thinking of him and remembering that conversation that we had."

May feels it’s her duty to serve the officers who always protected her, through a restaurant break-in and burglary.

Now she’s making space for an officer who can never come back, turning the table Officer Farrar last sat at into a tribute.

To make that meal even more memorable, May says another couple at the restaurant decided to pay for Officer Farrar and his partner's dinners.  May also plans to treat any Chandler officers to a warm meal as the mourn the loss of Officer Farrar.

"I was honored he was here," May tells.  "I want his family to know he had a good time before he passed."