Chandler Police Officer Christopher Farrar was killed in the line of duty by a suspect driving a stolen vehicle on Friday, police say. 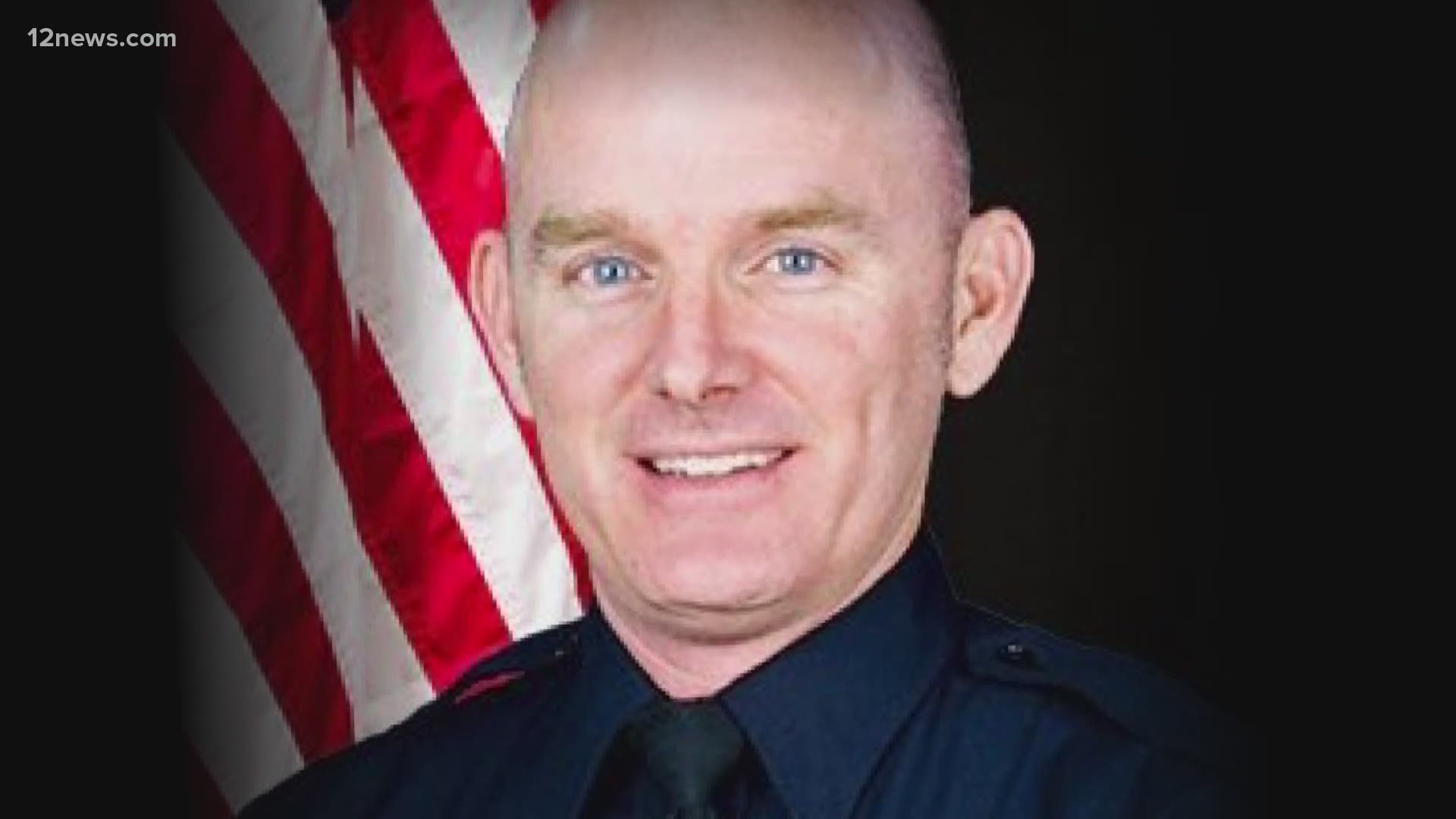 CHANDLER, Ariz. — Chandler Police Officer Christopher Farrar served his community for 18 years before he was killed in the line of duty by a suspect driving a stolen vehicle on Friday, police said.

During his time at the department, Farrar held multiple roles, including his involvement with the patrol division and the bicycle team. Within the last year, he was also assigned to a K-9 unit.

“Everyday he came to work he made a difference,” said Chandler Police Chief, Sean Duggan during a press conference early Friday morning following the announcement of Farrar’s death.

The Department said that Farrar received numerous commendations and accolades from community members, business owners, co-workers, and supervisors during his career. He was a recipient of the Medal of Honor in 2004, the Community Service Award in 2009, the Spotlight Award in 2019, and a four-time recipient of the Lifesaving Award.

“He saved my life, he really cared,” said Donald Shaw, a Chandler resident, who suffered a heart attack in 2017.

Shaw says his wife called 911 and Officer Farrar arrived on scene. He was not breathing, and Farrar began CPR until paramedic arrived.

In a Facebook post on the Chandler Police page, Officer Farrar is pictured visiting Shaw in the hospital.

“A few weeks later he visited me here at the house, came to the door with his daughter and he came by to see how I was doing,” Shaw said.

Caring for his community and following up, was a common practice which other community members said defined Officer Farrar.

“There’s plenty to do, to stop and see how I am doing seemed kind of above and beyond want the call of duty would be for an officer,” said Dave Duran, who met Farrar about four years ago during a service call.

Friday’s news of Farrar’s passing is a tragic blow to the community said Duran.

“He cared about the safety of people, he cared about your wellbeing, it wasn’t about coming out enforcing rules out of a book, he genuinely cared,” Duran said.

As the community mourns the loss of his life, they are coming together in prayers for Gilbert Police Officer Rico Aranda.

He suffered a severe head injury following the pursuit and is currently in critical but stable condition, the department said. He has allegedly shown signs of improvement.

A candlelight vigil will be held for Officer Farrar on Saturday at Compass Christian Church, 1825 South Alma School Road in Chandler at 7 pm. The public is invited to attend.

The Church said Farrar was a member and volunteer there.

A GoFundMe account page has also been set up to help Gilbert Officer Rico Aranda.