Austin Peck was an 11-year veteran of the Goodyear Fire Department who lost his battle with occupational cancer. 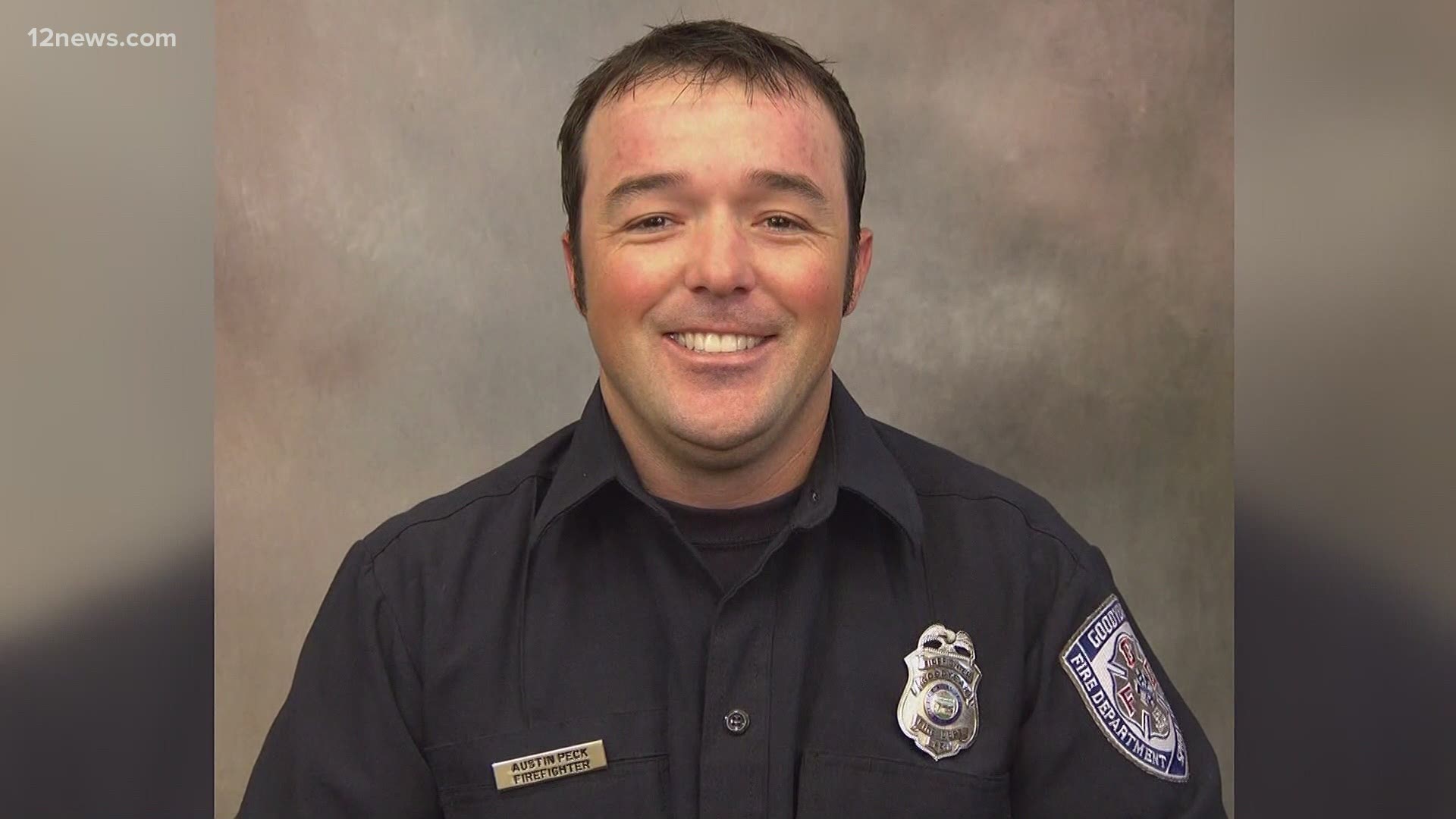 SCOTTSDALE, Ariz. — Firefighters put their lives on the line in emergencies, but their health and lives are also at risk long-term with all of the hazardous chemicals they are exposed to.

According to the International Association of Fire Fighters, cancer caused 66% of line-of-duty deaths among firefighters between 2002 and 2019.

Family and friends of fallen Goodyear firefighter Austin Peck, who died of cancer in 2019, are helping to bring awareness by hiking Mt. Everest.

Austin Peck was an 11-year firefighter with the Goodyear Fire Department before losing a 4-year battle with a rare cancer in 2019.

“Cancer is a hazard in firefighting. This is unquestioned,” said Shannon.

Shannon is Austin’s uncle. He and a group of hikers are headed to Mount Everest in the Himalayas to pay tribute to Austin with prayer flags which will be tied off at the mountain’s base camp monument at 20,000 feet.

“The governor has signed prayer flags. The Yarnell 19 families have signed. Our law enforcement brothers, and sisters have signed,” said Shannon.

The 80-mile round trip is called Peck’s Trek. A mission to raise awareness and honor fallen firefighters who lost their lives to occupational cancer, bringing their memories a little closer to heaven.

“We have hundreds of prayer flags. Way more than this and we’re taking them all up there,” said Jim Dooley as he looks at the string of multi-colored flags.

Jim Dooley is a retired firefighter. He never met Austin but knows how important the hike will be.

“Twenty-two years ago, I was diagnosed with non-Hodgkin’s lymphoma. When I saw his daughters, they reminded me of my daughter, Hannah. It just struck me. I had to get this done,” said Dooley. “We’re firefighters. We’re going to get cancer seven times greater than anybody else in any other field."

“We didn’t know that early in our careers and we’ve done so much to prevent cancer now. It was just too late for Austin and so many others,” said Shannon.