One year ago, Phoenix Police Commander Greg Carnicle lost his life in the line of duty. His family is keeping his memory alive with a symbol of his bravery. 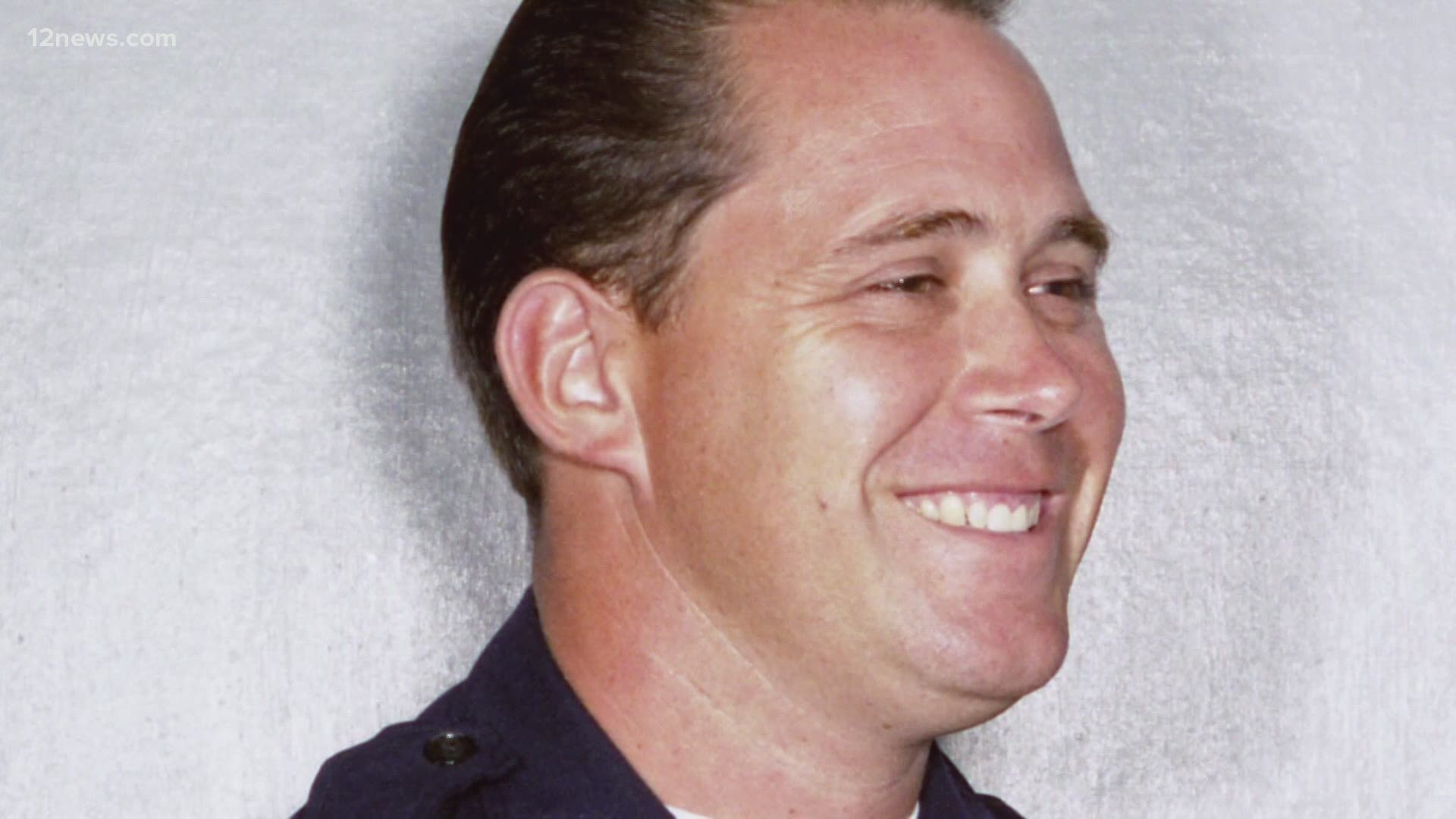 PHOENIX — Three decades of marriage have been a comforting memory for Ann Carnicle after a full year without her husband Greg, a Phoenix Police commander who lost his life in the line of duty one year ago Monday.

The 31-year-police veteran was shot while responding to a domestic disturbance call involving roommates at a home in north Phoenix. He later died at the hospital.

Two other officers were also injured during that incident. The man who fired on them was shot and killed after a lengthy standoff.

“It was truly his calling, and he was doing what he really loved [to do],” said Ann as she remembers her husband.

Faith and community support are what she says have helped her get through the many lows that come after losing her life partner, as constant flashbacks of that tragic night are still vivid in her mind.

“All the outpouring has just reaffirmed what I already knew and I’m extremely proud to have been his wife,” Ann said.

On the first anniversary of his death, the Phoenix Police Department unveiled a historical marker as a symbol to honor his bravery and service, placed near 39th Drive and Pinnacle Peak Road.

“This marker will be a reminder of the ultimate sacrifice commander Carnicle made that day and remind us to never forget,” said Sgt. Mercedes Fortune, as she holds back tears during the morning’s ceremony event that Mayor Kate Gallego, Phoenix Police Chief Jeri Williams and other city officials attended.

Carnicle’s family was also there. Ann removed the drape. It was the first time she was in that neighborhood since her husband’s death.

“It means a lot there’s something permanent,” Ann said as she wiped tears from her face. “To continuously remind people of the loving sacrifice he made.”

While the city honored Carnicle with the historical marker, men and women in blue and the community have come together for the family.

Phoenix Police commanders took one of Carnicle's work shirts and framed it for the family, along with a case that displayed all his work badges from the many stations Carnicle worked at.

“These bracelets were made for us,” Ann showed 12 News as she pointed to her arm. “My daughter made this one. It’s the soundwaves of him saying I love you.”

Although it’s been a painful healing process, Ann says Carnicle would have not changed one thing from how the events unfolded one year ago.

“I’m not surprised that he went up the stairs first, that shows how much he took care of his officers,” Ann added.

As his end of watch came on that fateful March 29, 2020, day, Ann says her husband continues to bring a ray of sunshine to those who knew him.

“I’m just really grateful that he continues to be honored, that he is not forgotten, it’s good to feel we are not alone,” Ann said.