The family and friends of Todd Welliver gathered to remember the kind and easy-going man to ensure his memory will never be forgotten. 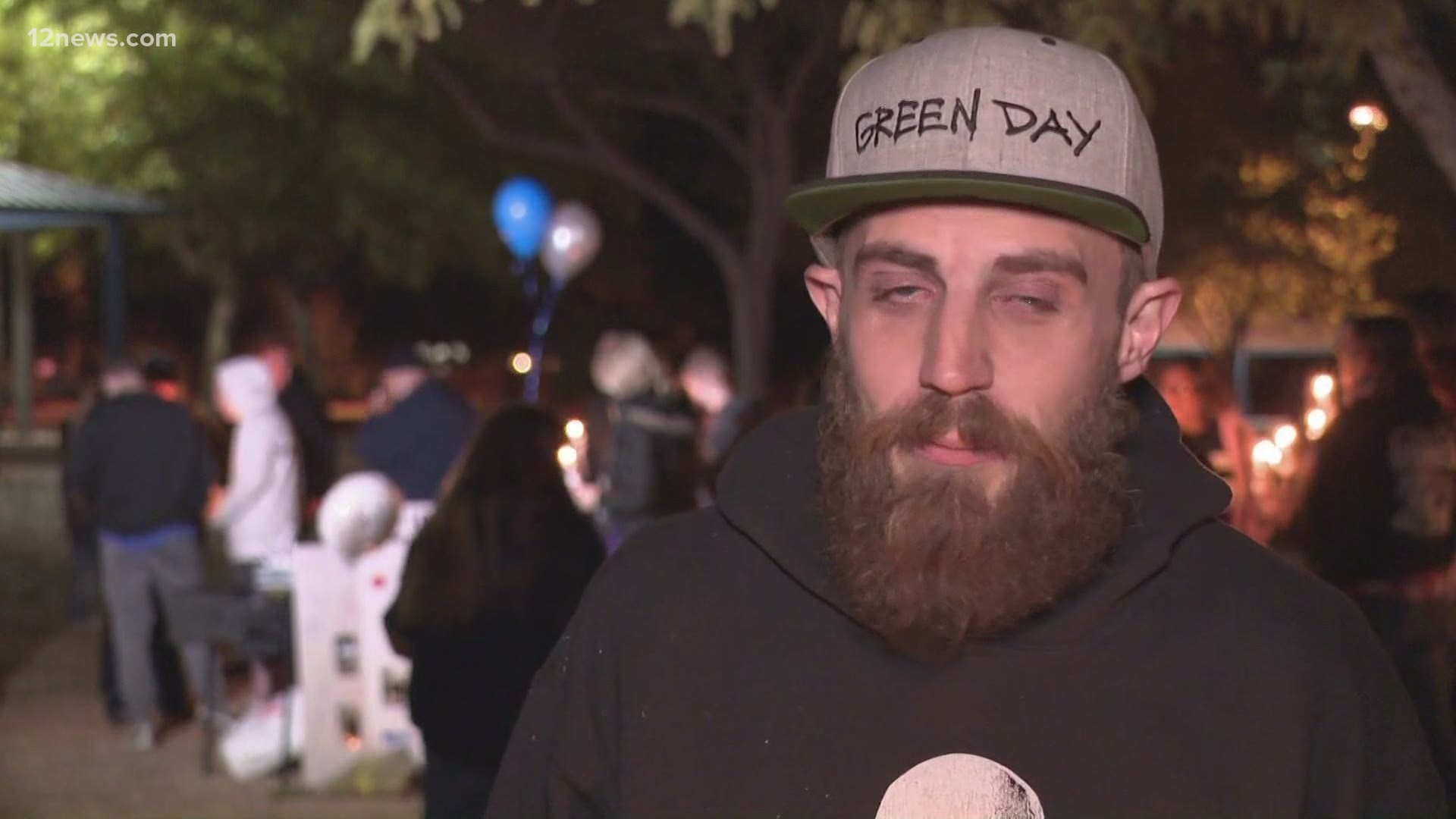 MESA, Ariz. — The community rallied around a family to remember a Valley man, Todd Welliver, who was killed on New Year’s Day when a semi-truck crashed into his home.

Those close to Todd, including his fiancée, shared what kind of man he was.

"We were just talking about our plans you know for the future," Todd's fiancée, Ginger McDonald, said.

She says they had only been engaged for a couple of weeks when the accident happened out of nowhere. Now all she feels is the pain of his absence.

Welliver was at home in his garage when a semi-truck came crashing through the wall. The 18-wheeler barely missing McDonald.

"I remember seeing him and talking to him right before he passed, so I got to at least talk to him," she said.

Mesa police say 10 people were inside the house near U.S. 60 east and Crimson Road at the time of the accident.

Anthony Kretschmer, Todd's godson was one of them.

"His RC cars, I've got one at my house, I'll take out all the time once I get it fixed up," he said.

He shared Welliver's love for cars and monster trucks and how everyone's presence at the vigil was truly moving.

"I know he meant everything to everybody," he added.

Family and friends reflected on the kind and generous man, who will never be forgotten.

"He was an awesome guy, he touched everybody, he was so laid back and easy-going, he'd do anything for anybody," Charlette Smith said.

Meanwhile, officers say, the truck driver ran through a stop sign off the exit. A lawyer for the family, is taking the case from here.