Patrick Driscoll was 36 years old when he died from a heart attack. His friend and the owner of Enchanted Island promised support to his family. 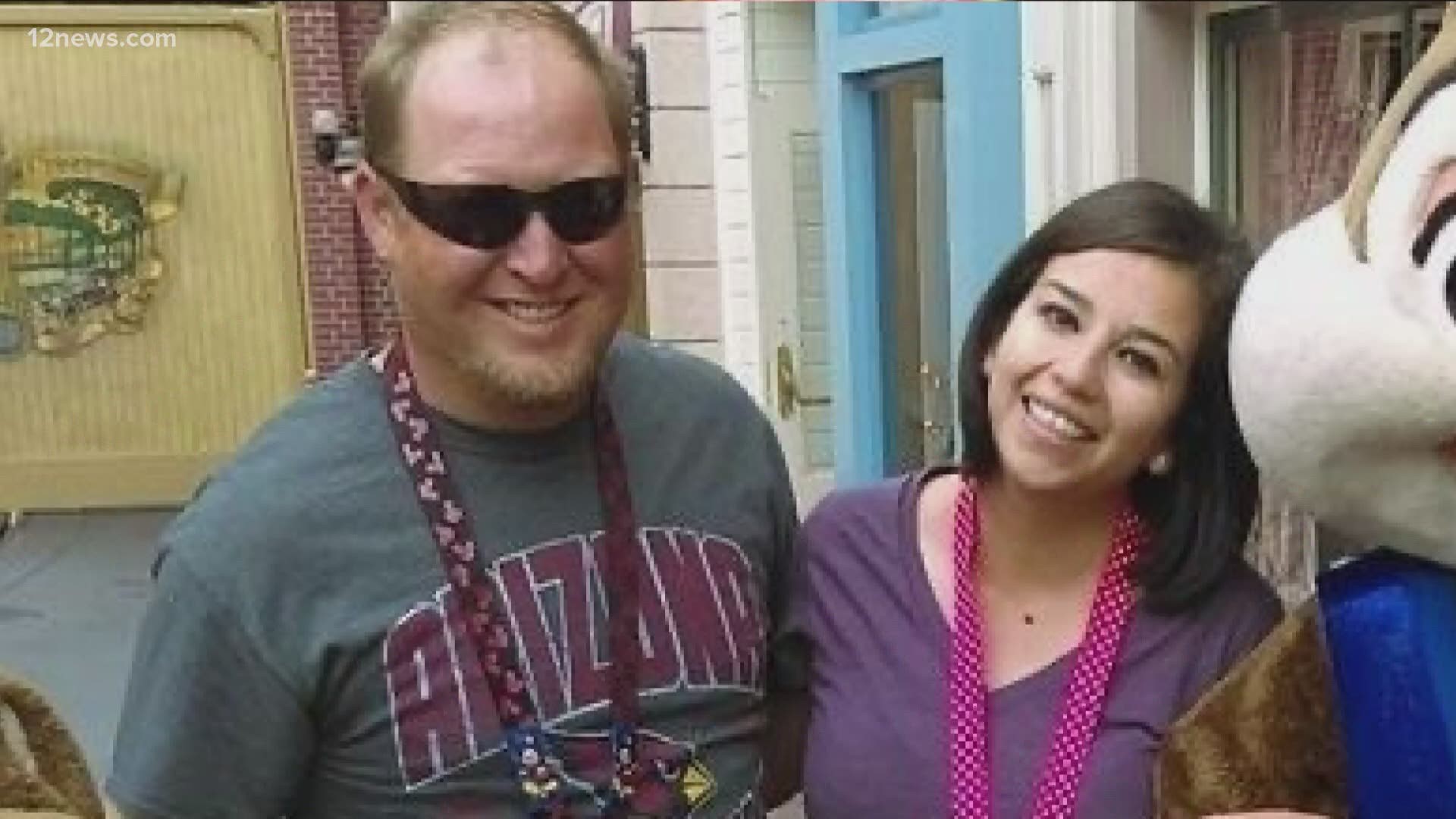 PHOENIX — A Valley mom, Cynthia Driscoll and her two sons, are grieving the loss of a loving husband and father, Patrick Driscoll.

Patrick suffered a heart attack at a very young age.

He was a Valley native with an unbreakable bond of love and companionship with Cynthia. She was overwhelmed with the outpouring of community response to help her family.

Longtime family friend and boss back in the day, Kraig Lyon, owner of Enchanted Island, an amusement park in Phoenix, shared the Driscoll's love story.

"It was just absolutely wonderful to see the two of them together starting a family and bringing their kids to the park, being a great part of the community," he said.

Their fairytale would end without warning: Patrick passed away at just 36-years-old from a heart attack.

"It's really difficult to handle, being that he was so young and it was absolutely unexpected, it's really tough to wrap your mind around the 'why' and deal with the heartache," Lyon added.

He said the two met 20 years ago at the Enchanted Island and since have had two boys, Dean and Liam. Patrick was loved deeply by his family all while impacting his community.

"Everybody that ever met him, that spent any time with him, will tell you. I'd just love to spend more time with this guy," he said.

And even though the park itself, has struggled financially through the pandemic, they'll always be there for Patrick's family.

"That tragic loss of him so young, it just seemed fitting to celebrate his life, also he was very dear to my family as is Cynthia and her boys," Lyon said.

The outpouring of love and support continues as a GoFundMe has been set up for Cynthia and the boys in Patrick's name.