Surrounded by strong determined women, Eddie never takes the lessons he learned growing up for granted. 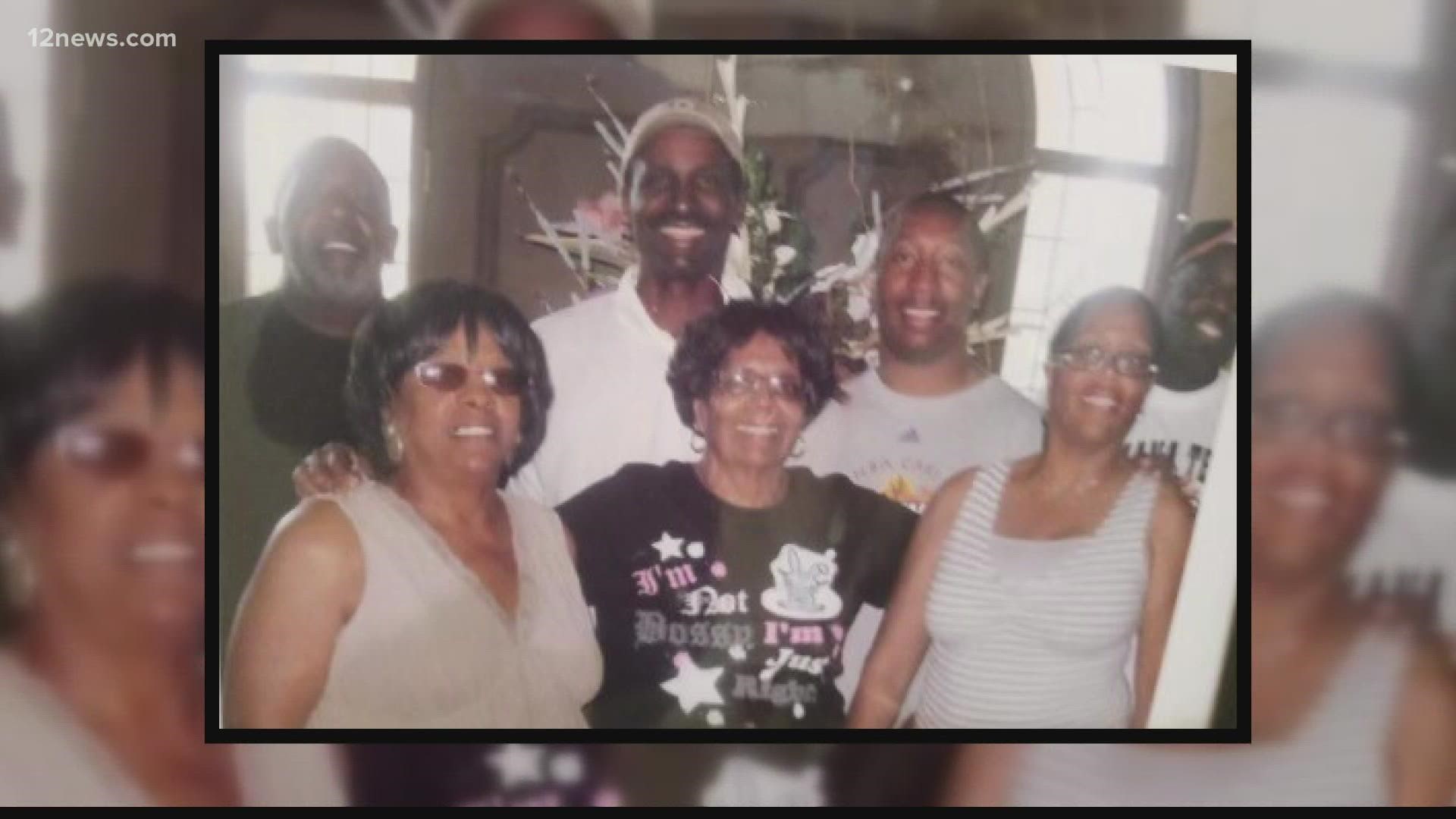 PHOENIX — Many Arizonans know Eddie Johnson as a former Phoenix Suns player from 1987 to 1990.

Johnson played in the NBA for 17 years and is now a motivational speaker, author and color analyst for the Phoenix Suns. But what many people don’t know is that Johnson had a tough time growing up in Chicago.

Eddie was surrounded by drugs, gangs and violence. The only way out for him was basketball.

“I knew that it would be difficult for my mom to send me to college. So I knew the only way I was going to get there (was) you're going to have to do it athletically, you know. And that was my mindset, you know, and I took off from a freshman that couldn't really play the game that well, and just took off.”

Eddie became the first in his family to get a college degree. But the motivation behind his drive was his mom Doris Johnson, who is now 92 years old.

Back then, Doris was a single mom raising seven kids.

“A lot of days I cried. If I didn't have enough food for my children I’d cry. You know I tried to keep a clean house. I tried to keep the clothes clean you know? And I tried to tell them, 'Do not lie to me. Tell me the truth.'”

As far as raising Eddie, Doris remembered, “He was the best kid. He really was, he never gave me any problems.”

So it’s no wonder that many years later, after Eddie retired from the NBA, he supported the non-profit organization, “Helping Hands for Single Moms,” which provides scholarships and services to low-income single moms and their families so they can get their education and succeed.

It was something Doris never got the chance to do.

“I always wanted to go to art school. But my family, my father, we were in the same boat. And they didn't have money to send me to school,” she said.

Doris wishes she had something like Helping Hands for Single Moms when she was struggling. So does Eddie’s sister Rita.

“I was a single mom also, for a long time,” said Rita. “I had supportive friends and a lot of prayer. And I made it. So there is hope. There is hope, for everybody.”

Surrounded by strong determined women, Eddie never takes the lessons he learned growing up for granted. It’s what made him succeed in life and now he’s passing it on.

“I remind my kids, I'm like, 'Look, my memory is not like it used to be. I’m getting older, better take care. Because you see what I'm doing for my mom,'” he said.

This weekend, Eddie, along with other pro-athletes and celebrities, will be hosting three events that benefit Helping Hands for Single Moms. If you’re interested in learning more about the organization, you can go to https://helpinghandsforsinglemoms.org/.

These are just a few of the inspiring stories of people doing good and supporting those in their communities across Arizona.