Arizona 'Doodle for Google' winner speaks about her design 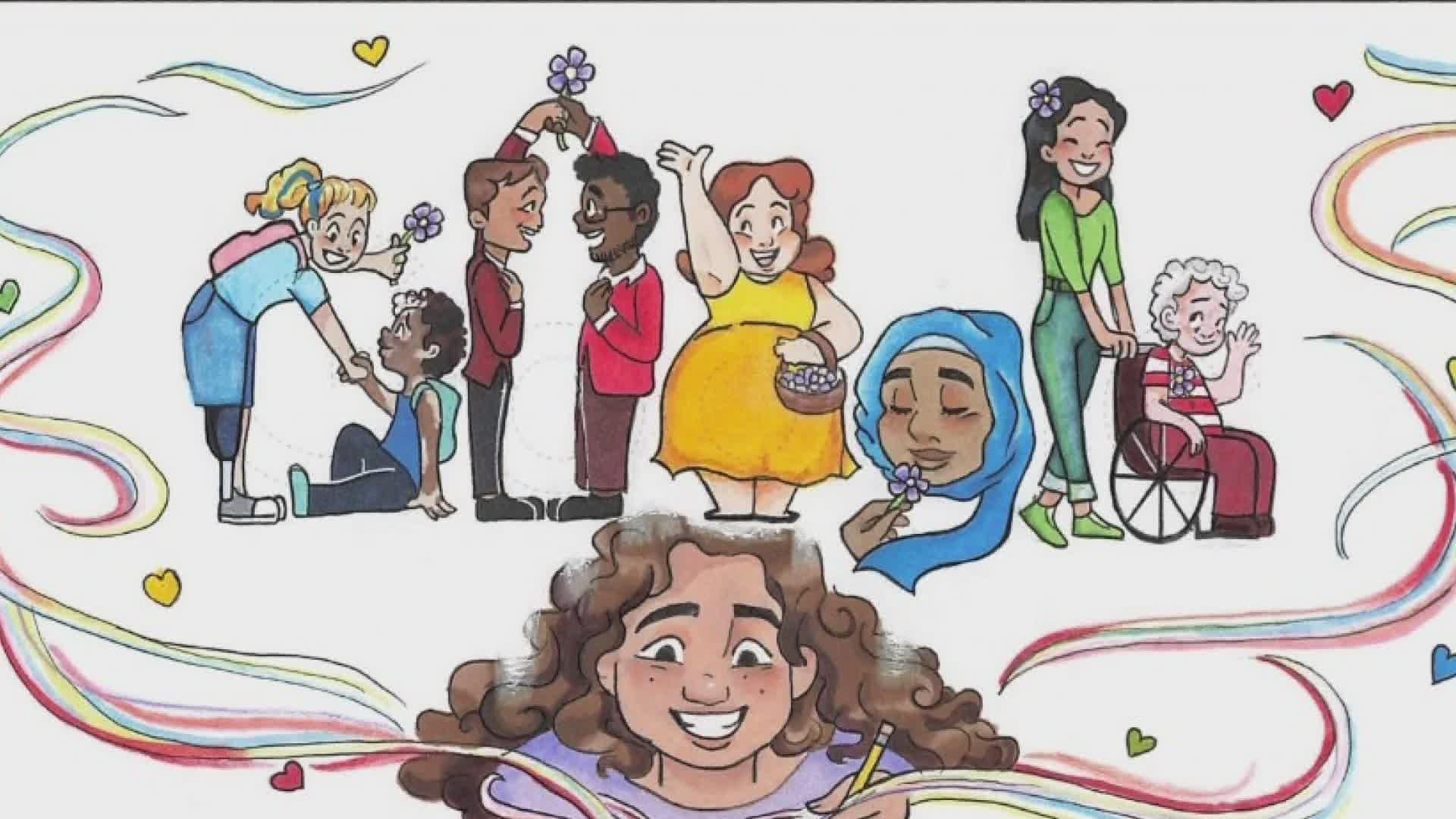 PHOENIX — A Valley graduate was recently picked to represent Arizona in the "Doodle for Google" contest and now she's competing against 54 other people for the top five spot.

The contest is nationwide, where artists from kindergarten to 12th grade compete to have their art on the Google homepage for 24 hours.

Ramos was picked to represent Arizona in the 10-12 group. This year's theme for the doodle is " I show kindness by..."

Her drawing is titled "Be kind to EveryBODY."

"I show kindness by focusing much of my art on body positivity and inclusion," Ramos wrote to describe her drawing.

"As a bigger girl who has been a victim of bullying, the kindness movement is of utmost importance to me and a cause I champion daily!"

Google will select a grand-prize winner from the top five finalists to win a $30,000 scholarship, a $50,000 technology grant for their high school and will feature their doodle will be on the Google homepage for 24 hours.

Voting is open through Friday.

IN OTHER NEWS: Fires visible from the Superstition Mountains are not an active threat