AAA says using your phone while driving is equivalent to driving while intoxicated. Now, Ryan Frankel has birthed a new app to help drivers stop. 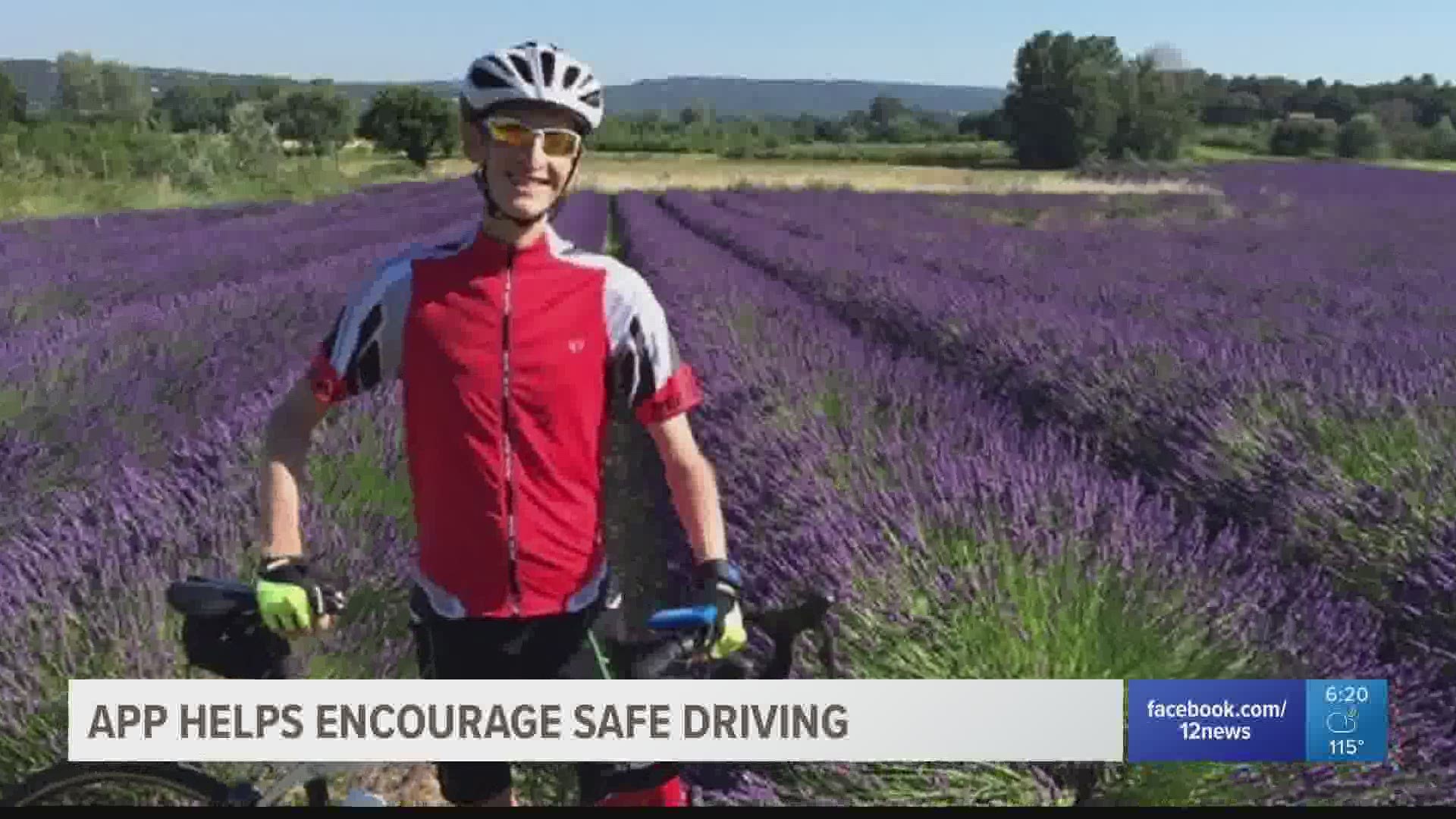 ARIZONA, USA — The statistics are staggering. Distracted driving causes 2 million accidents in the U.S. each year. AAA compares using your phone while driving to driving while intoxicated.

But unfortunately, many people still struggle with the temptation of texting while driving, sometimes even browsing the web.

Now, there are incentives to resist that urge.

12 News spoke with a man who created a free app to reward people for good driving after a distracted driver nearly killed him.

"I was out for my normal morning bike ride… all of a sudden, out of the corner of my eye, I see a driver headed right toward me," said Ryan Frankel, sharing the terrifying details after he was nearly killed by a distracted driver that kept on going.

"I was able to avoid the collision by swerving,' he said. "I saw it coming, but unfortunately, I flipped over my handlebars, fractured my hip, fractured my elbow, and I was in pretty bad shape."

It was then Ryan knew he had to do something, so he created an app called 'This App Saves Lives' or TASL.

"It rewards drivers who choose not to drive distracted, specifically engaged in sending a text message or browsing the web, while they're behind a moving vehicle," Frenkel said. "It autoloads when you start moving above a certain rate of speed, and you'll earn one point for every minute that you drive undistracted... I've got 12,000 points already."

"When I drive safely, I get to enjoy something that I like to enjoy anyway," he said.

If a driver slips up, there are consequences.

"For those actions, you actually stop earning points, and in fact, we take a little bit away," Frenkel said.

Drivers worldwide are joining the rewards-driven app, and so far, research shows his 'This App Saves Lives' app is doing just that.

"We've been able to show that distracted driving improves over time amongst those drivers that use This App Saves Lives," he said. "It's a real exciting opportunity to make a difference in the world and to enjoy some great rewards."

What could be better? An app that rewards good driving and ultimately helps save lives.

A new state law that only permits cell phone use at stoplights is also helping curb distracted driving here in Arizona. According to the Governor's Office of Highway Safety, out of nearly 7,000 drivers who were monitored on roads throughout the state, less than 10% were on their phones, and even fewer were texting and driving.

For more information about TASL, go to: https://www.thisappsaveslives.com/