"These two men are obviously incredible people and here they are in the hospital. I wouldn’t wish this on anyone." 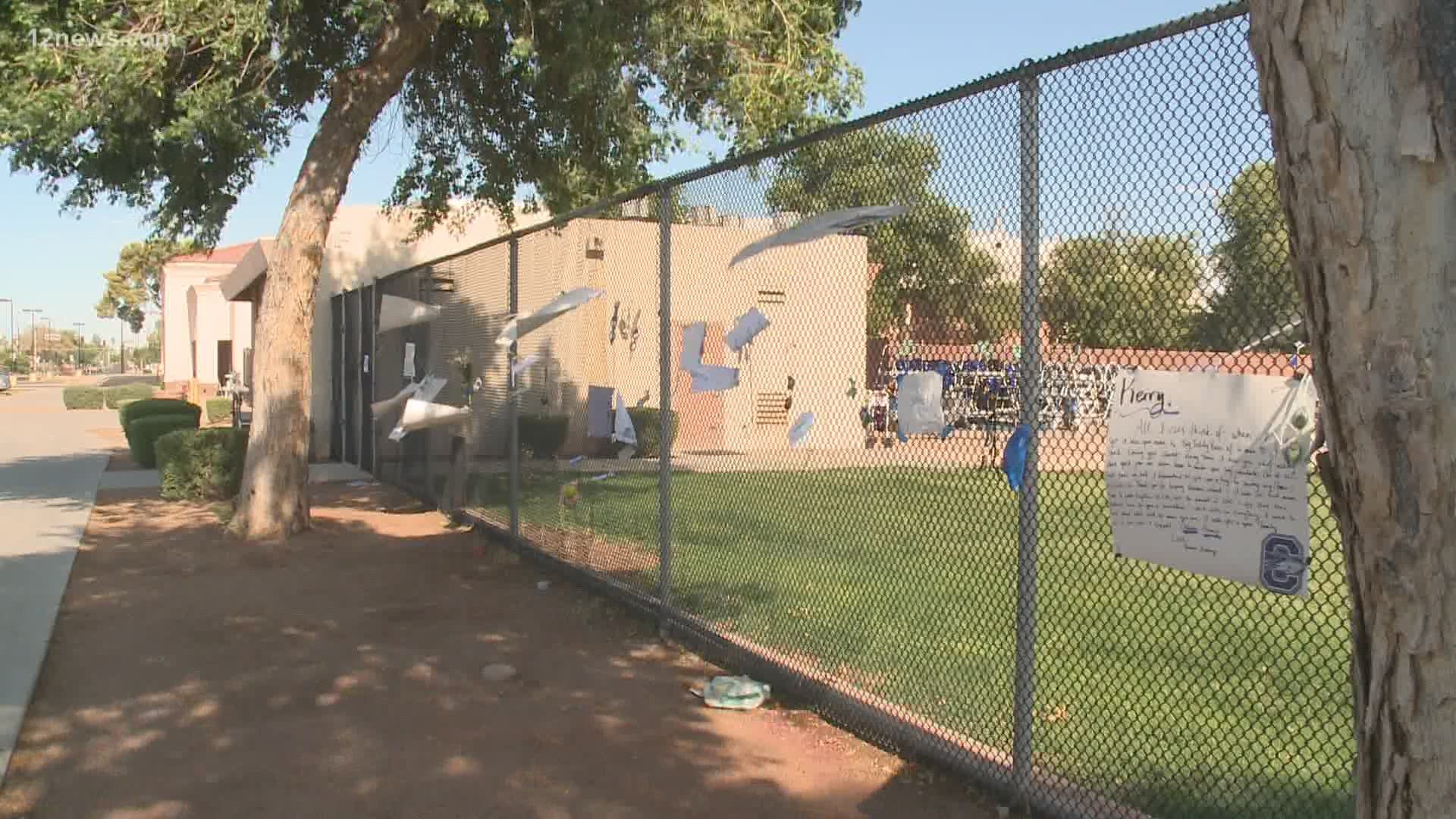 CHANDLER, Ariz — Two employees at Chandler High School are both in the hospital fighting for their lives in battles with COVID-19.

One is beloved teacher and swimming and softball coach Kerry Croswhite.

"He just has this glow about him that makes him Croswhite," says Veronica Martinez, who played softball for Croswhite about 3 decades ago.

Her daughter now plays for him at Chandler High School.

"It’s emotional," Martinez says. "He wouldn’t be the one I would see that would be hospitalized for this. It seems like he’s always been this strong man

"If anybody is going to pull out of this, it’s definitely going to be him," adds Mandy Gamboa at a vigil for the coach Saturday night.

Croswhite's family says he's on a ventilator and has been in the hospital since early July.  But he’s not fighting alone.  Parents, teachers and students are rallying around him and sending signs of strength.

"I know you can fight through this," says Kaitlyn Rickaby, who swam for Croswhite her freshman year.  "You definitely can."

And he’s not the only one the school is rooting for.  David Harris, a security guard at Chandler High School is also in the hospital fighting COVID-19.

Olivia says she took David to the hospital last week, where he’s been ever since.

"You just hope that this isn’t the last time you’ll be walking out of your house."

Along with is job as a security guard, Olivia says he's a great coach and a father of two.  Some of his youth basketball players even made him a poster to have at the hospital.

"His nurse called him a fighter a couple days ago," Olivia says.

"When the phone rings, your heart drops," she tells. "You don’t know what type of call you’re going to get."

But last check with the doctors Saturday, Olivia says they had some better news.  She was told David doesn't have to go to the ICU and he's making steps toward a long road to recovery.

"I just miss him," Olivia says.  "And the kids miss him. It just means everything to have him be home."

Both families have set up GoFundMe pages to help with expenses during this difficult time.

The Chandler community is rallying for two Chandler High staff stricken with Covid19. David Harris is a security guard the last two years helping to maintain a safe campus. Kerry Croswhite is a popular teacher and swimming coach. Both are hospitalized so the families have started fund raisers to help pay medical costs. Both are loved by staff and students who are praying for them.

RELATED: 'A force to be reckoned with': Remembering Phoenix Postmaster who died from COVID-19