'Mali deserves to go to Disneyland': A community is working to get an 8-year-old girl battling cancer to Disneyland

Mali Maltos has been suffering from a brain tumor and COVID-19 halted plans for her Make-A-Wish Disney Cruise. Now, friends are working to get her to Disneyland. 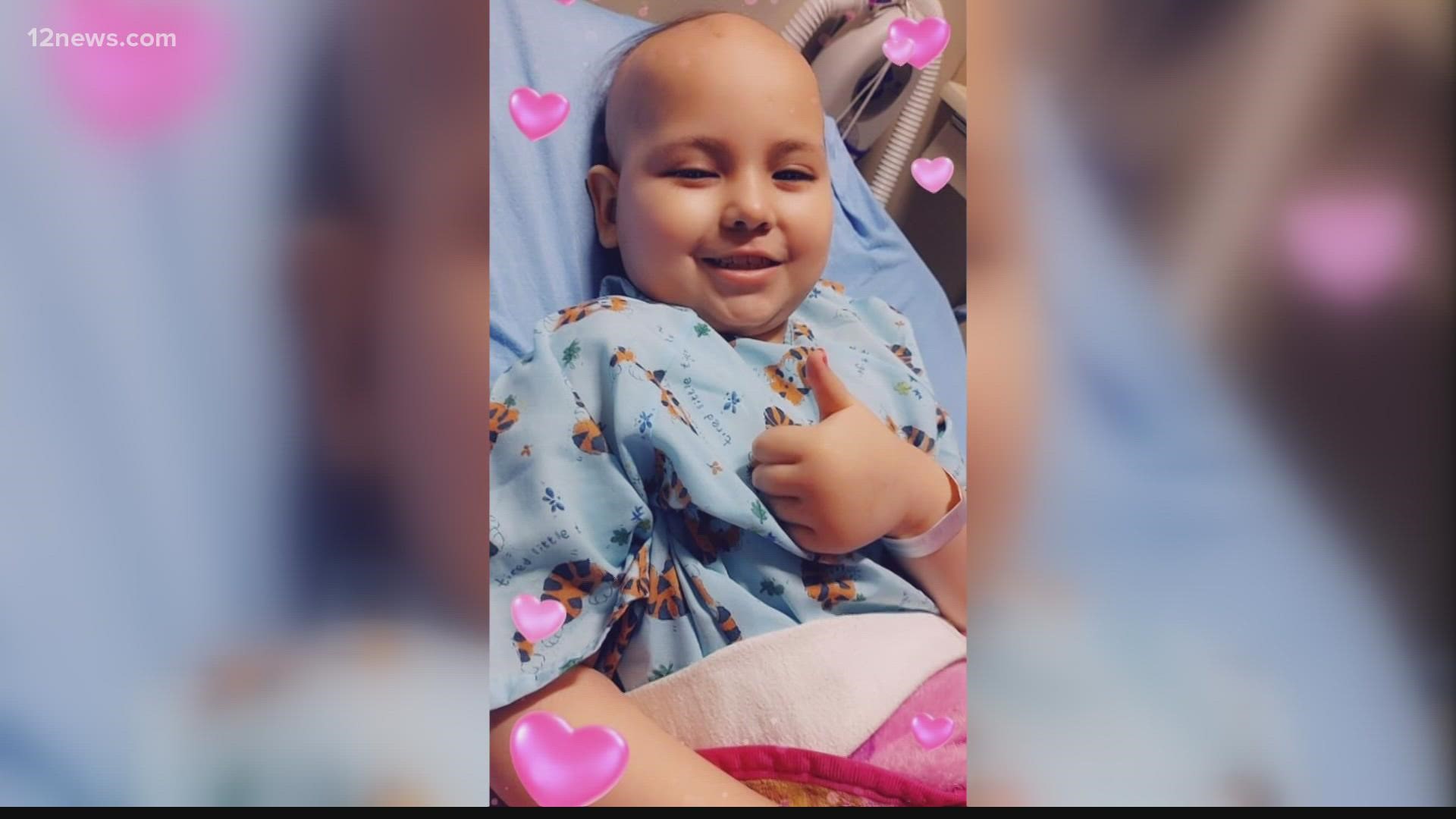 PHOENIX — The pandemic has caused hard times for people across the country but for one family in Phoenix, it has been especially difficult.

“So about October of 2018, Mali started having severe migraines,” said Monica Maltos, mother of 8-year-old Mali. “Like those an adult would get lights out, just head pounding, no noise.”

Mali Maltos was eventually diagnosed with a form of cancer known as ATRT or an Atypical Teratoid Rhabdoid Tumor. The cancerous tumor formed at the base of Mali's brain and spinal cord and was fast growing.

“She did about nine months of treatment, which included chemotherapy, radiation, high dose chemotherapy, as well as a bone marrow transplant - three of those,” Monica explained.

Suddenly, the once active and mischievous little girl was wheelchair-bound and had trouble making the most basic of movements. Her speech was affected and she started physical therapy.

While recovering from one of her surgeries, Mali’s mother was approached by the folks at Make-A-Wish, an Arizona-based, non-profit that grants the wishes of sick children to celebrate and honor their fight against their disease.

Ever the fan of Disney princesses, especially Jasmine from Aladdin, Mali’s wish was to go on a Disney Cruise.

The wheels were in motion early in 2020, as the staff and volunteers at Make-A-Wish worked to grant Mali’s wish.

Then COVID hit and everything changed for everybody.

For Mali, it meant that her wish for a Disney Cruise was not possible.

Make-A-Wish contacted the family, again and again, to try to nail down a new wish, but Mali was back in the hospital. Picking a new wish was next to impossible as her health started deteriorating.

The process became burdensome for the family. They were giving every ounce of energy to take care of Mali, who was experiencing one setback after another. Anything they could think of for a new wish was “not COVID friendly”. And Mali was in no shape to travel or leave the house.

That’s where a former teacher and friend of the family stepped in.

Candace Greene, an art teacher at Mali’s school heard about everything that was going on with Mali and her wish.

“Mali deserves to go to Disneyland,” said Greene. “She deserves to meet the characters that she wants to meet. She has been through so much, so I decided to start a GoFundMe to make her wish come true.”

Not long after Candace Greene started Mali’s GoFundMe, three Park Hopper tickets were secured. Now Candace just needed enough to cover the peripherals, such as gas, hotel, food, and maybe some souvenirs for Mali to remember her special wish.

“So, she needs to get some more strength up to be able to go and really enjoy herself,” Greene explained. “So, doing her wish this way and through GoFundMe lets mom be able to take her when she's feeling good, and she can really enjoy it.”

“To be able to take Mali to Disneyland would definitely be a treat,” said Monica Maltos. “Not just for her, but for us. Seeing everything she's been through and knowing how much she deserves it and knowing how big of a smile she will get out of it, it would all be worth it.”