Bernice King on MLK Day: 'We are teetering on the edge of losing our collective soul'

The daughter of Martin Luther King Jr. gave an address at Ebenezer Baptist Church on the commemoration of MLK Day. 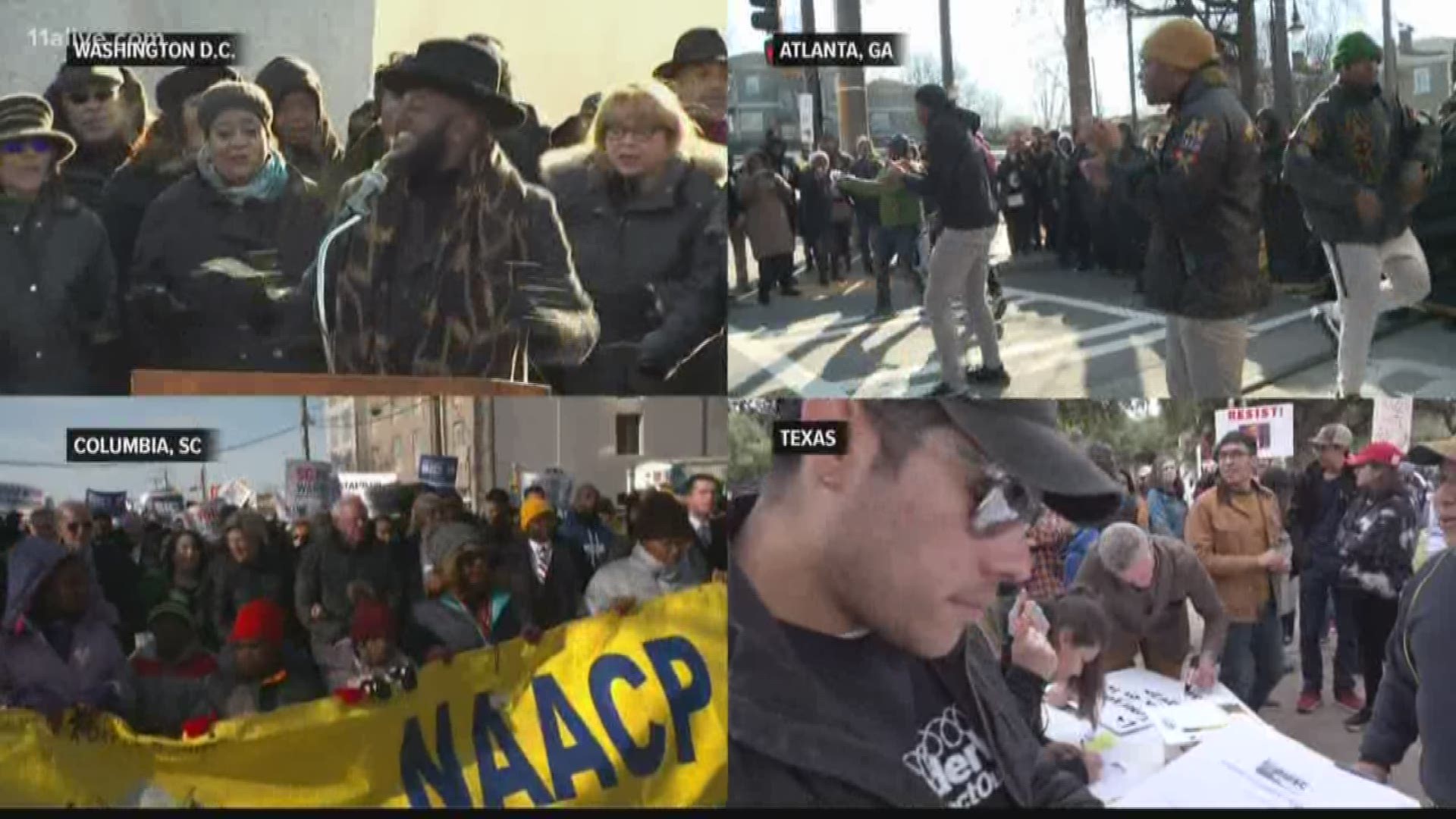 ATLANTA — Dr. Bernice A. King delivered a forceful and defiant collectivist message on the holiday commemorating the legacy of her father, Dr. Martin Luther King Jr., telling an audience acts of service and messages of unity are important starting points in honoring King's legacy, but "not enough in today's world."

The widespread refrain that MLK Day shall be commemorated not as a day off but as a "day on," King said, was not enough.

"In these times of increased political and ideological polarization, catastrophic environmental threats and injustice, continual racial hatred and discrimination - a day on is not enough," she said in a speech at the Ebenzer Baptist Church. "In the face of widening income and wealth gaps, out of control police officers who have no regard for the value of black lives, a day on is not enough."

"When we have an injustice system that incarcerates an unprecedented number of poor, black and brown people, finding them guilty before they are even tried in a court of law, and subjecting them to disparate sentencing, a day on is not enough," King added.

Instead, King called to reframe how best to honor her father's legacy - not with a single day on, but with a "life on."

"A life on encompasses a commitment not just to service but to systemic change as well," she said. "A life on necessitates more than feeding those who are hungry; we must also wipe out poverty. A life on compels us to do more than just have racial dialogues and forums, it also compels us to do the hard work of eradicating white privilege and racism."

King also spoke against militarism, gun violence, economic inequality, food deserts, gentrification and housing discrimination, among a range of issues she cited as examples of what a "life on" must combat in order to realize her father's vision of the "beloved community."

"We must act now, before it's too late, because we are teetering on the edge of losing our collective soul, and our opportunity to build the beloved community," she said.

In an especially impassioned moment, King also spoke of the four girls killed in the 1963 bombing of the 16th Street Baptist Church in Birmingham, Ala. She drew parallels to the social conditions under which the girls were killed to the conditions black Americans, as well as immigrants, still face today.

"And on today, they are saying to us that a day on is not enough to redeem the soul of America from the damning realities and effects of white supremacy," King added. "...We must commit to a life on so we will not continue to sacrifice our future generations on the alter of our self-indulgence, our greed, our Indecisiveness, our indifference and what my father called our sincere ignorance and conscientious stupidity."