It's a way to help both veterans and the animals. 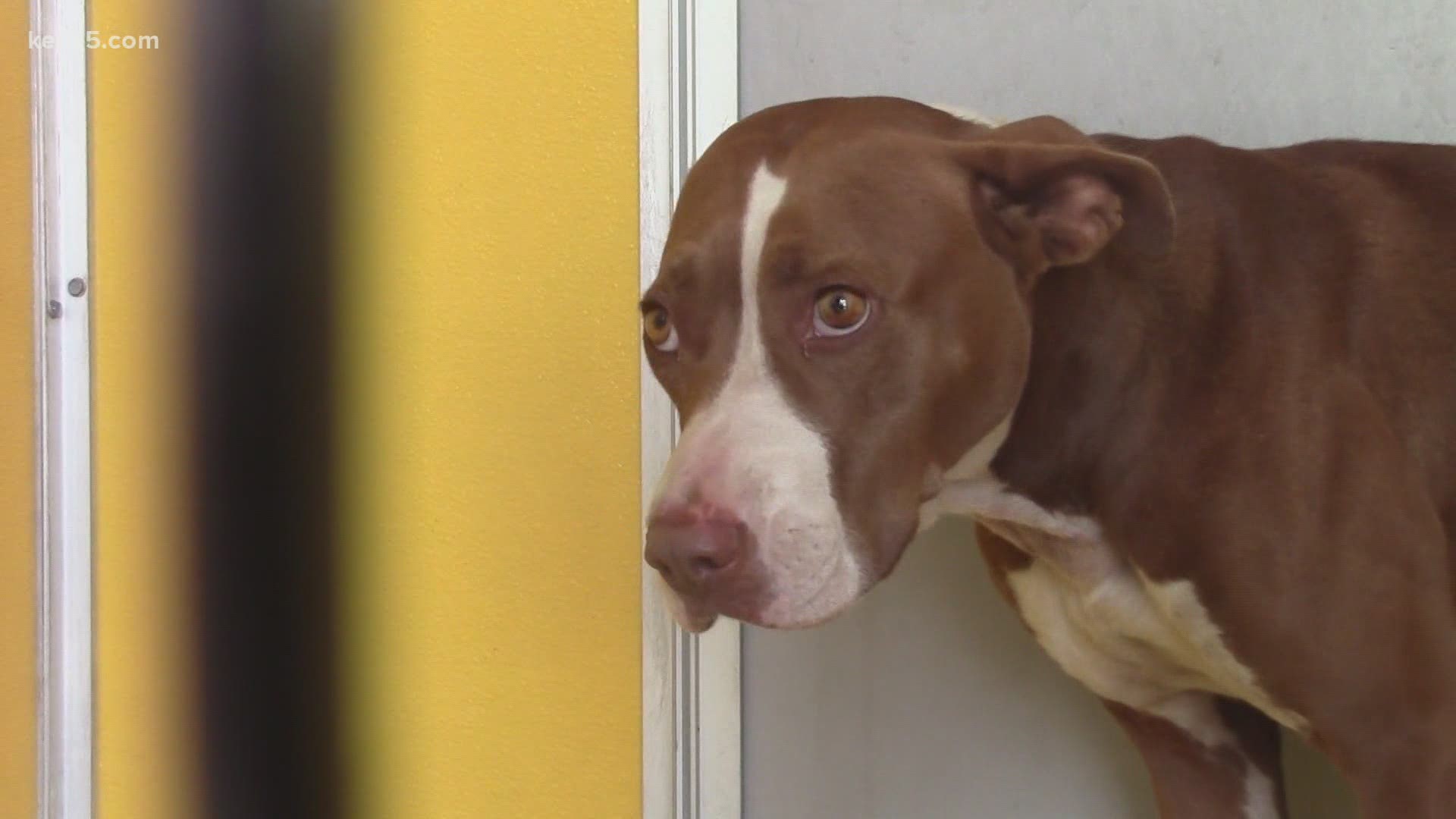 ATASCOSA COUNTY, Texas — As the holiday season approaches, Atascosa Animal Control Authority is showing appreciation for veterans by offering a way for veterans to have emotional support at home with a furry friend.

The holiday season can be difficult for veterans who may feel isolated and lonely.

“Depression, anxiety, loneliness, you know, they struggle with blending in with their family members, so a lot of veterans keep to themselves and just isolate,” said Sarah Gamboa, Veteran Service Officer with Atascosa County.

That’s why the Atascosa Animal Control Authority is lending a helping hand by offering discounted adoption rates for veterans.

“It’s a win-win situation,” said Atascosa County Animal Control Authority, Chief Henry Dominguez.  “We're doing it for two reasons: to benefit our veterans, but also to benefit our pets, to get them out of here, and to be able to move on and have a good life and have a family once again.”

Dominguez said the shelter is at 95 percent capacity.

Dominguez said the dogs are not trained service animals.

“It's important to stress that these are emotional comfort animals. These are not service animals. We don't train them here,” said Dominguez. “They're strictly for veterans to have something to love and something that will love them back.”

It’s a companionship that benefits both the veterans and the animals.

“I think at the end of the day, they're both getting a second chance at life,” said Gamboa.

Both dogs and cats are available for the discounted adoption rates.

Each adoption includes spay/neutering, a rabies shot, and microchip.

“Whenever animals get adopted out, I mean, animals know, they know they're going home. So, they come out with their tails wagging,” said Dominguez.  “It's like if they know they've been saved and they're very grateful.”

The discounted rates are available for any veteran, not just those living in Atascosa County.

The animal shelter also has a sponsored adoption program for veterans.