"The other fundraiser is for the officer that was critically injured a few nights ago," said Emily Barton. 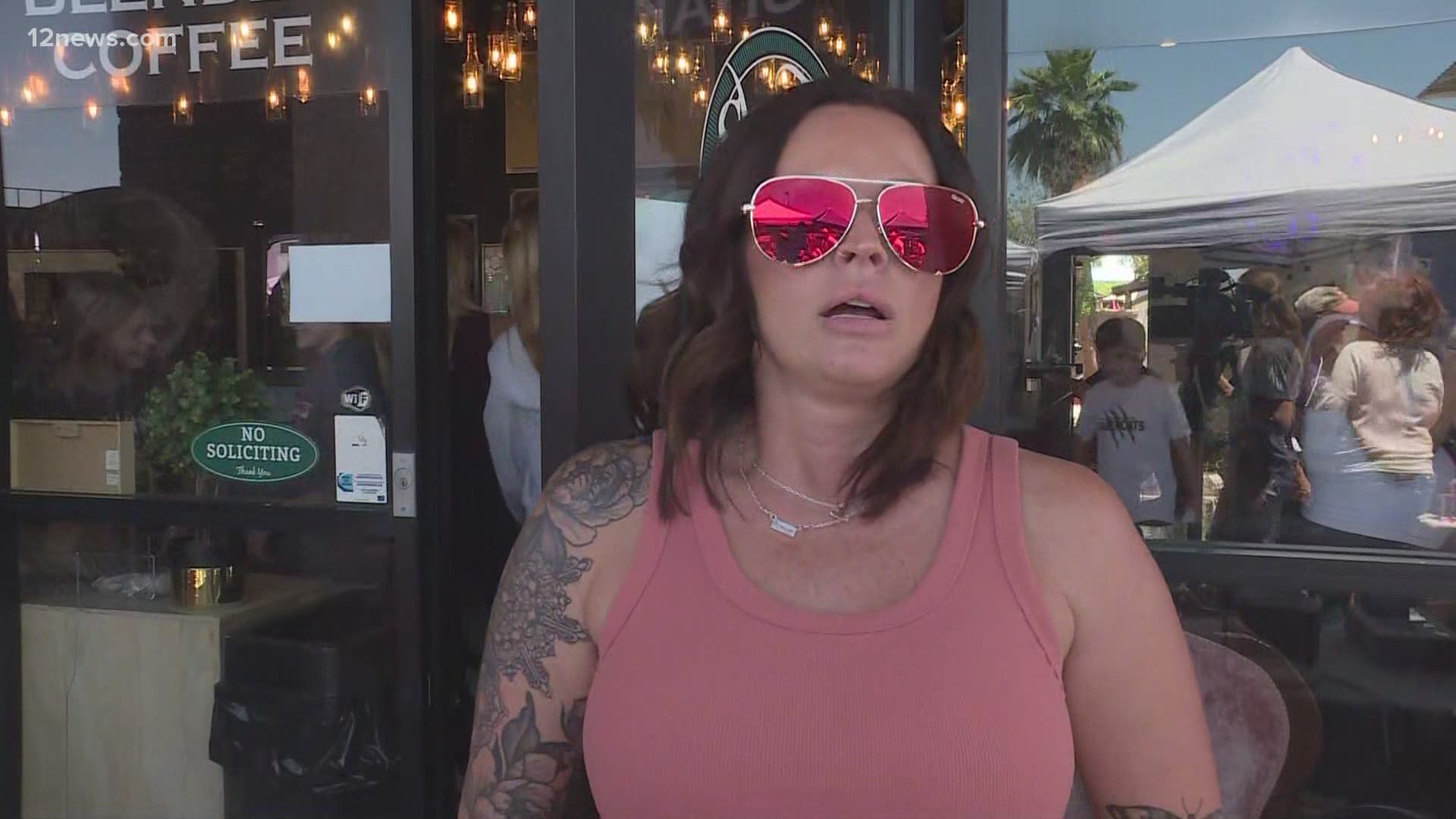 GILBERT, Ariz. — The Chandler community gathered to remember fallen police Officer Christopher Farrar on Saturday and now the City of Gilbert is coming together to raise money for Officer Rico Aranda, who is in critical condition.

A monthly pop-up shop in Gilbert hosted a multi-vendor event, where Emily Barton, owner of Sweetz Cold-brew Coffee Co., held a police fundraiser for the "boys and girls in blue."

"I do not know him personally, but we are huge supporters of our community, huge public safety family," Barton said. "For us, this was the perfect way to give back to someone who is so selfless every day."

She's talking about Officer Aranda, one of several officers involved in a chaotic chase that left him with a severe brain injury.

"The other fundraiser is for the officer that was critically injured a few nights ago," she explained.

Police say that the suspect exited Val Vista then ran to a car dealership, where he stole a vehicle then hit Officer Aranda, one of the dealership's janitors and Officer Farrar, who died.

As the victims receive treatment and try to heal, their communities want them to know, they are here and ready to help in their recovery.

"Gilbert is an amazing community to live in, to frequent. If you need anything, this is what happens, people show up, it's amazing," Barton said.

Police say that Aranda is showing subtle signs of improvement. He's just three years into his career on the force. Community members want everyone to know, there's a fundraiser Monday as well, for Officer Farrar who died in the line of duty.