A Gilbert couple went back and forth with the Seville Homeowner's Association to erect a flagpole and memorial in honor of their son who died in combat. 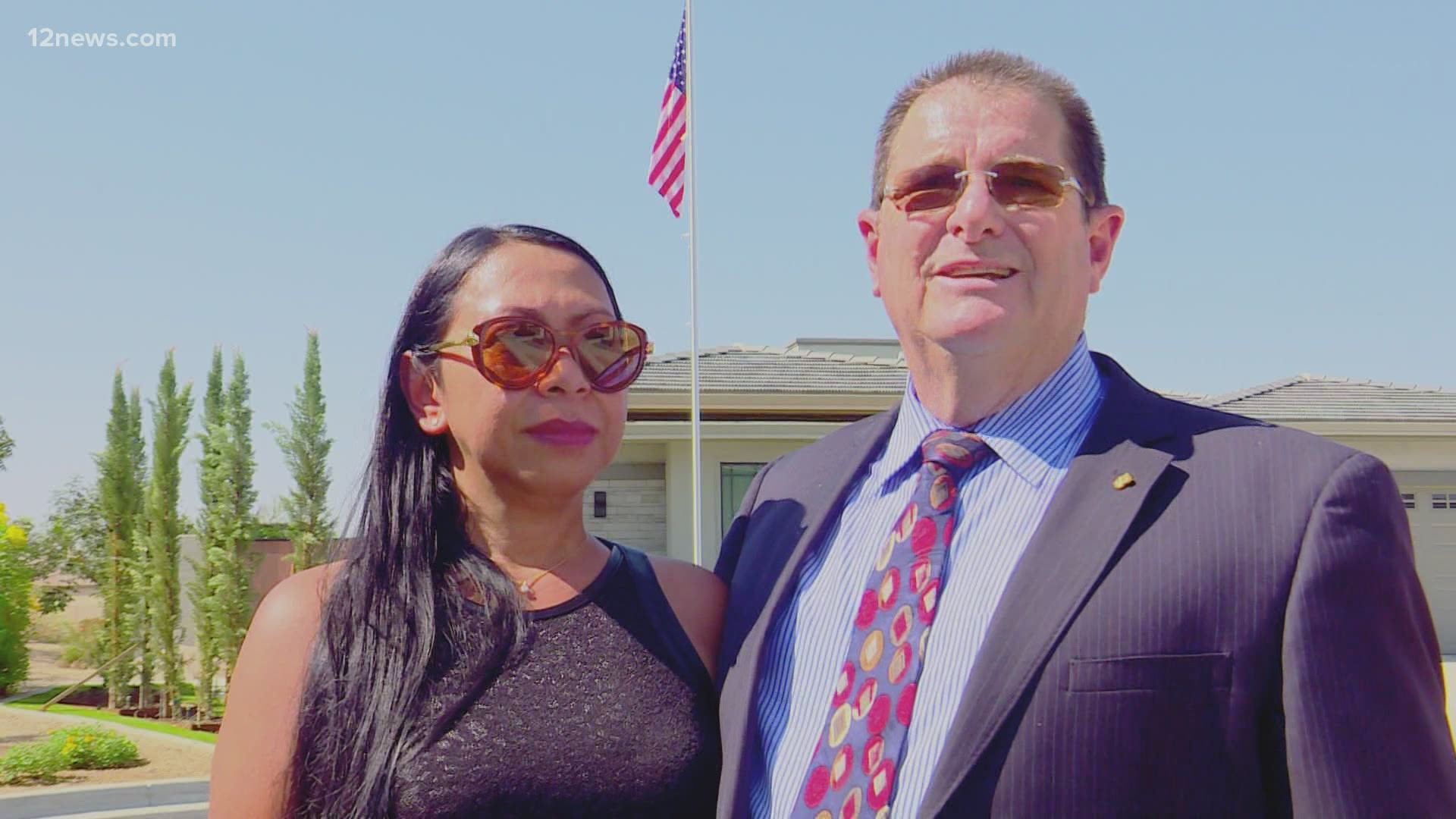 GILBERT, Ariz. — The fight between a Gilbert homeowner and the Seville Homeowner’s Association over the placement of a flagpole ended just in time to pay respects to the homeowner’s son, a fallen soldier.

Craig and Alma Smith lost their son, PFC Donald Smith, in a military exercise in 2006. Donald received full military honors and was laid to rest at Arlington National Cemetery.

Smith proposed a 29-foot tall flagpole in his front yard, with a plaque at the base memorializing his son.

The homeowner’s association would not allow the flagpole to be erected in Smith’s front yard, siting the location of the flagpole falling in a public utility easement.

The Town of Gilbert explained to Smith that he would be allowed to install his flagpole on the easement, with the understanding that the town can remove the flagpole, if ever needed, at Smith’s expense.

According to Smith, the back-and-forth continued until September, when he was finally allowed to install his flagpole.

“We missed Memorial Day, we missed the Fourth of July, we missed Labor Day,” Craig Smith said. “But we were able to get it in for today, which was the most important date.”

Sept. 24 marks the 16th anniversary of PFC Smith’s death. An anniversary that the Smith’s were able to commemorate with a memorial service at their home.

“Today was about remembering our son who we lost on this day, September 24, 2006, and all of those that have fallen for our great country,” Smith said.

“There is no greater honor than to be able to come out and honor what this represents,” said Gilbert Fire and Medical Deputy Chief Mark Justus. “To be able to serve our community is such a blessing, but to come and honor the ultimate sacrifice that was paid for the freedoms that we get to enjoy in this country is just an absolute blessing."

Smith’s neighbors showed up to pay respect to Donald and all the men and women who have sacrificed for the country.

“We thought it was a great way to honor our military and support our community,” said Christina Bednarek, a neighbor of Craig and Alma Smith. “I’m so glad that they were able to do this and get this up and honor this gentleman for his sacrifice for our country because this is a great cause for me as a teacher and having a six-year-old daughter right now. This is very important for her to see and educate everybody in the neighborhood and especially the children who are lucky enough to be here today to see this."

PFC Donald Smith’s burial flag, the flag that draped his coffin at Arlington National Cemetery, will fly on the Smith’s flagpole for 24 hours. After that, the burial flag will come down and a permanent flag will fly in its place.

“It was a big, huge challenge that the HOA was not in support of and we are glad he followed through and got it done,” echoed Christopher Larson, another of Smith’s neighbors.

The memorial that now resides on the Smith’s front lawn will serve as a reminder to all who pass by of service and sacrifice, according to Deputy Chief Justus.

“Kids around here learning the value of what today represents and what this is within their small community without having to travel outside of the fences of where they live is an amazing thing,” he said.