A veteran traveled to Washington D.C. to fight for an upgraded discharge due to PTSD after his first appeal was denied. 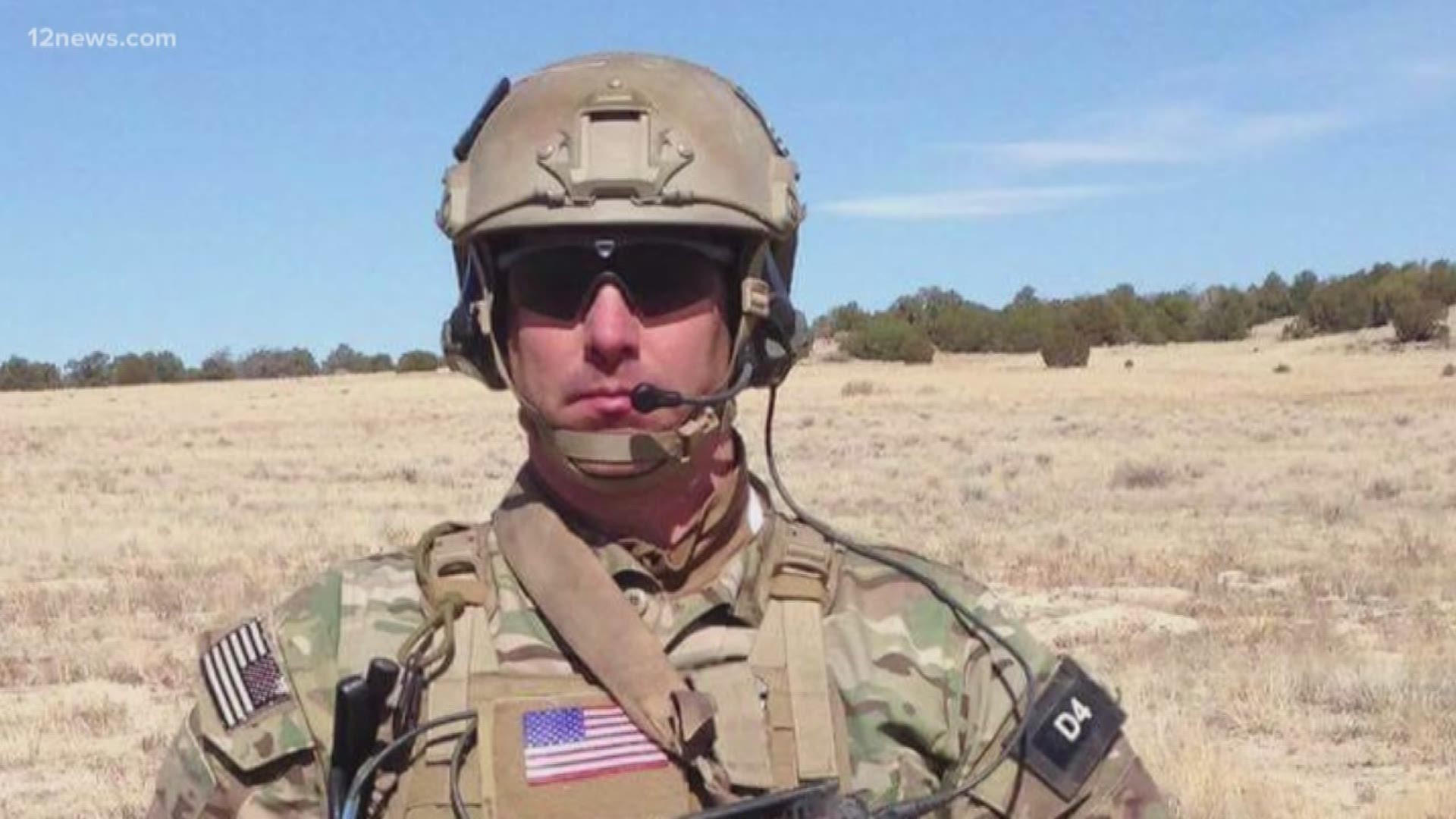 WASHINGTON, D.C., USA — For the past three years, 12 News has been following the cases of veterans with so-called bad paper discharges.

Veterans have been given other-than-honorable discharges because of post-traumatic stress disorder related to their service. They lose their benefits from the Department of Veterans Affairs because of it.

For the last few years, he's been trying to get the military to change his discharge to "honorable." His first appeal, sent by mail, was flatly denied.

This time, he went to D.C. to see the people who denied him—in person.

Osterhoudt has to lay out the worst parts of his life for the discharge review board. It's like a parole hearing to show that he's not a bad person, that he made mistakes.

Osterhoudt has had more than his share of pain.

A fellow soldier raped Osterhoudt's first wife while Osterhoudt was on a training mission.

"A few weeks later, she locked herself in her bedroom and shot herself. I will never forget scrubbing her blood off the bathroom floor," Osterhoudt said, practicing his speech in a conference room at George Mason Law School in Washington D.C.

Osterhoudt's second wife was addicted to meth. Soon, so was he.

He was caught on base with an unregistered gun and a detox kit to beat the drug test he was convinced was coming. Osterhoudt was given a general discharge, not an honorable one.

He can still get some Veterans Administration benefits, but not all of them. And he says he can't adopt his stepdaughter because of it.

The hearings are private, so we weren't allowed in.

But Osterhoudt had practiced what he was going to say many times. He wanted the board to know that the meth use and everything that came after, was for a reason.

"It took away the guilt and the pain of my father's death, my wife's suicide, the people I had killed. The Ranger culture is unforgiving of weakness and we are told to suck it up and push through. 'Ranger On' is the motto. l understand that this is no excuse, but it's important for me that you understand where I was coming from at the time. As you know, seeking mental health in special operations is not promoted or encouraged.

"In January of 2005, I deployed to Afghanistan with the 75th Ranger Regiment. I came close to death many times through months of exposure to rockets, small arms fire, RPG's, mortars, IED's (Improvised Explosive Devices).

"Within two months of arriving in Iraq, I was shot in the shoulder and took grenade shrapnel to my leg. I watched some of my friends and fellow teammates die in front of me. On one occasion I was forced to kill a man and a young boy because they refused to drop their weapon which was pointed at me and my teammates.

"I have now been sober for over five years and continue to strive for excellence in both my personal and professional life. I have earned two associates degrees, countless automotive certifications, I'm a nationally registered paramedic and a flight medic and own my own business teaching first aid and CPR. Currently I am on track to graduate from nursing school at the end of next year, and am working in the busiest emergency room in Tucson, AZ. Upgrading my discharge to honorable would mean more to me than you could imagine."

Two hours after Osterhoudt and his legal team went inside the hearing, it was over. The decision will be handed down in the next month. Osterhoudt is optimistic but knows this could be far from over.

"One way or another I am bound and determined to make sure service members who suffer from PTSD, who suffer from TBI (traumatic brain injury) are heard and at least given a fair chance," Osterhoudt said.