Sam Stone, the chief of staff for District 6 City Councilman Sal DiCiccio, says the trail maintenance is just about done, but there are new developments. 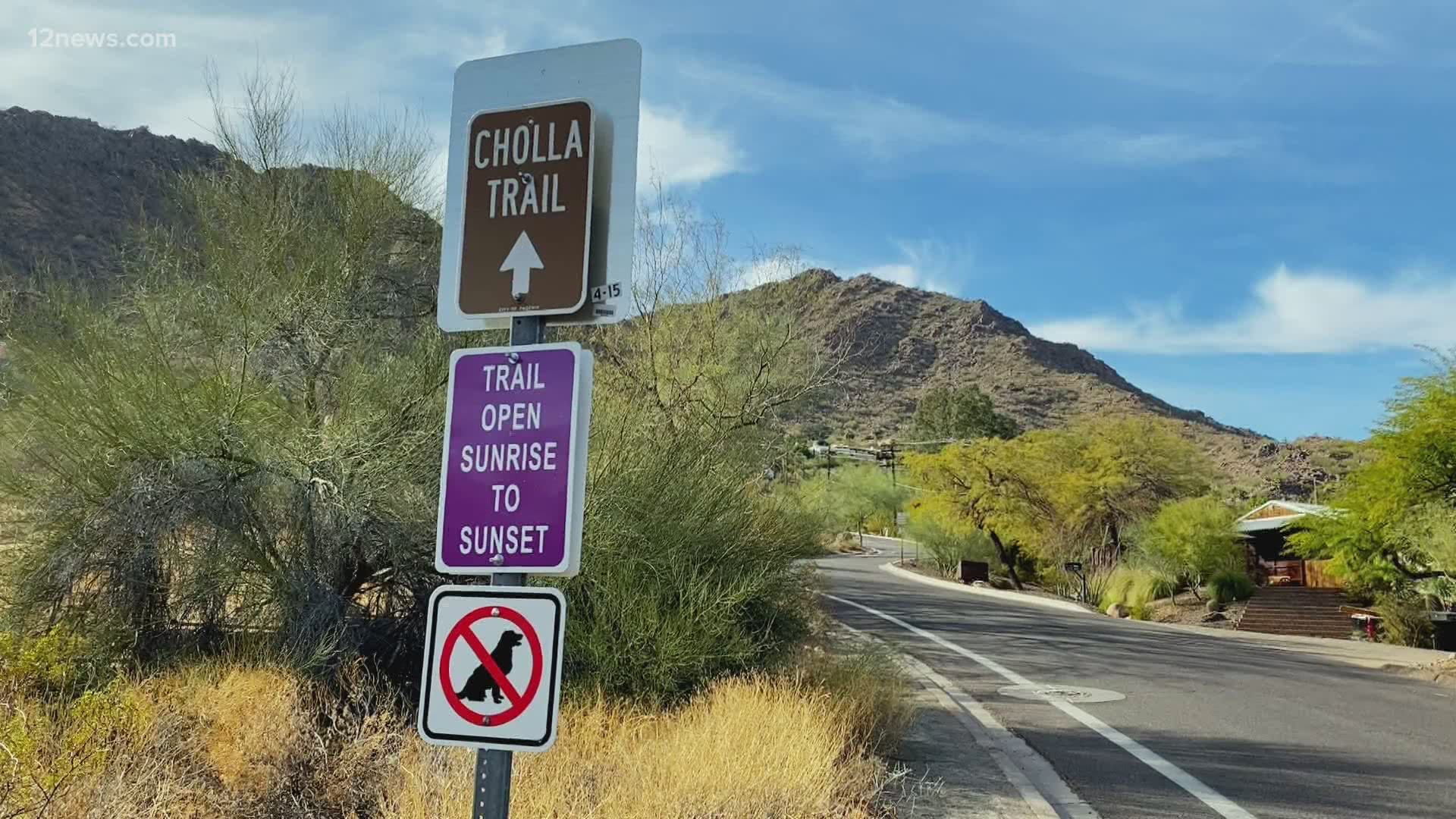 PHOENIX — Following a closure that will end up lasting more than a year, major changes are coming to Camelback Mountain’s Cholla Trail.

The trail closed in March 2020 after a boulder, loosened by recent rain, injured a hiker.

The city of Phoenix set to work immediately on rock remediation to secure the trail and repair damage done by the 500,000 or so people that hike both Cholla and Echo Canyon Trails each year.

Sam Stone, the chief of staff for District 6 City Councilman Sal DiCiccio, says the trail maintenance is just about done, but there are new developments.

“It’s going to be better than ever,” Stone said Wednesday.

The city is currently working to finalize a deal with Host Properties, which recently purchased the Phoenician.

That agreement, which could be finalized in the next few weeks, would grant the city an easement through the resort’s golf course that would allow for hiking traffic. That would allow the trailhead to move from Cholla Lane to Invergordon Road.

The city will also build a bathroom at the trailhead that would include a water fountain.

Parking will still be an issue, as there isn’t enough land to build a parking lot similar to what already exists on the Echo Canyon Trail side of Camelback Mountain.

Cholla Trailhead opened up decades ago, but it was never as popular as Echo Canyon until recently, according to Tim Moman.

Moman and his wife Jody live on Cholla Lane and say the trail’s popularity has grown in the past five years, but that has created new issues that weren’t present when they moved in.

“When nature called, [the hikes] had to urinate. Some defecate. I understand some of our neighbors have pictures,” Moman said.

“We’ve had people knock on our door asking if they can use our restroom facilities. Some people need water. They’re overheated from hiking at times when they shouldn’t be hiking.”

Moman has spearheaded the efforts of local residents to get the trailhead moved out of their neighborhood. He said he and his neighbors have enjoyed the trail closure.

“We recall now what a real neighborhood looks like,” Moman said. “We’re in no way trying to keep people from climbing the mountain, but we want our neighborhood and the safety.”

One issue with closing Cholla Trail is that Echo Canyon Trail gets hiked twice as much. This is concerning for those who use it daily, even in the hot summer months.

Jes Shapiro owns the business Camelback Culture, dedicated to the hiking community and her love of the mountain.

“I have an obsession with the mountain,” Shapiro said. “We call it crushing on the Camel. We realized everyone is just so in love with it. You can see that look on their face.”

Shapiro has noticed the extra hikers on the Echo Canyon side and said it has led to issues between hikers.

The city of Phoenix restricted parking at Echo Canyon Trailhead as a way of reducing capacity on the mountain in response to the COVID-19 pandemic. The pandemic also closed bars, restaurants, and gyms for months.

“When you close the bars and gyms, we’re kind of the only party in town,” Shapiro said. “It was just so busy at certain times of year that there was just some attitude and just not pleasantness in the parking lot.”

She said she welcomes new people to the mountain, but she wants visitors to treat each other better and to pick of their trash.

Re-opening Cholla Trail would alleviate some of those issues.

According to Stone, the trail repairs are almost finished. Once the agreement with Host Properties is signed and approved, it will take three to four months to complete work on the trailhead. That puts the opening of the new and improved Cholla Trail between April and June.

Cholla Trail takes its name from Cholla Lane, on which the trailhead is located. Stone said the City has no plans, at this time, to rename Cholla Trail, even with the moving of the trailhead. 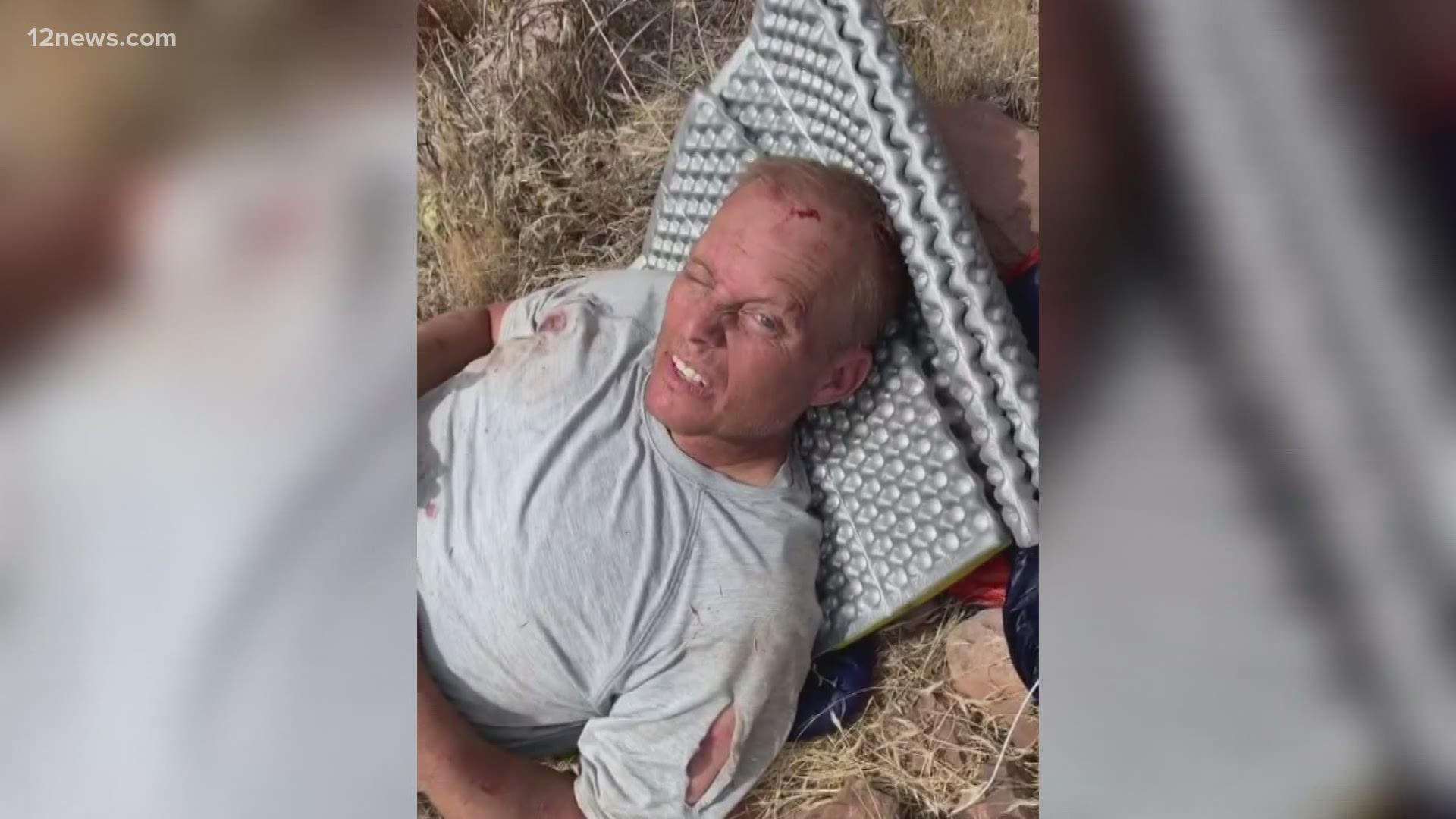 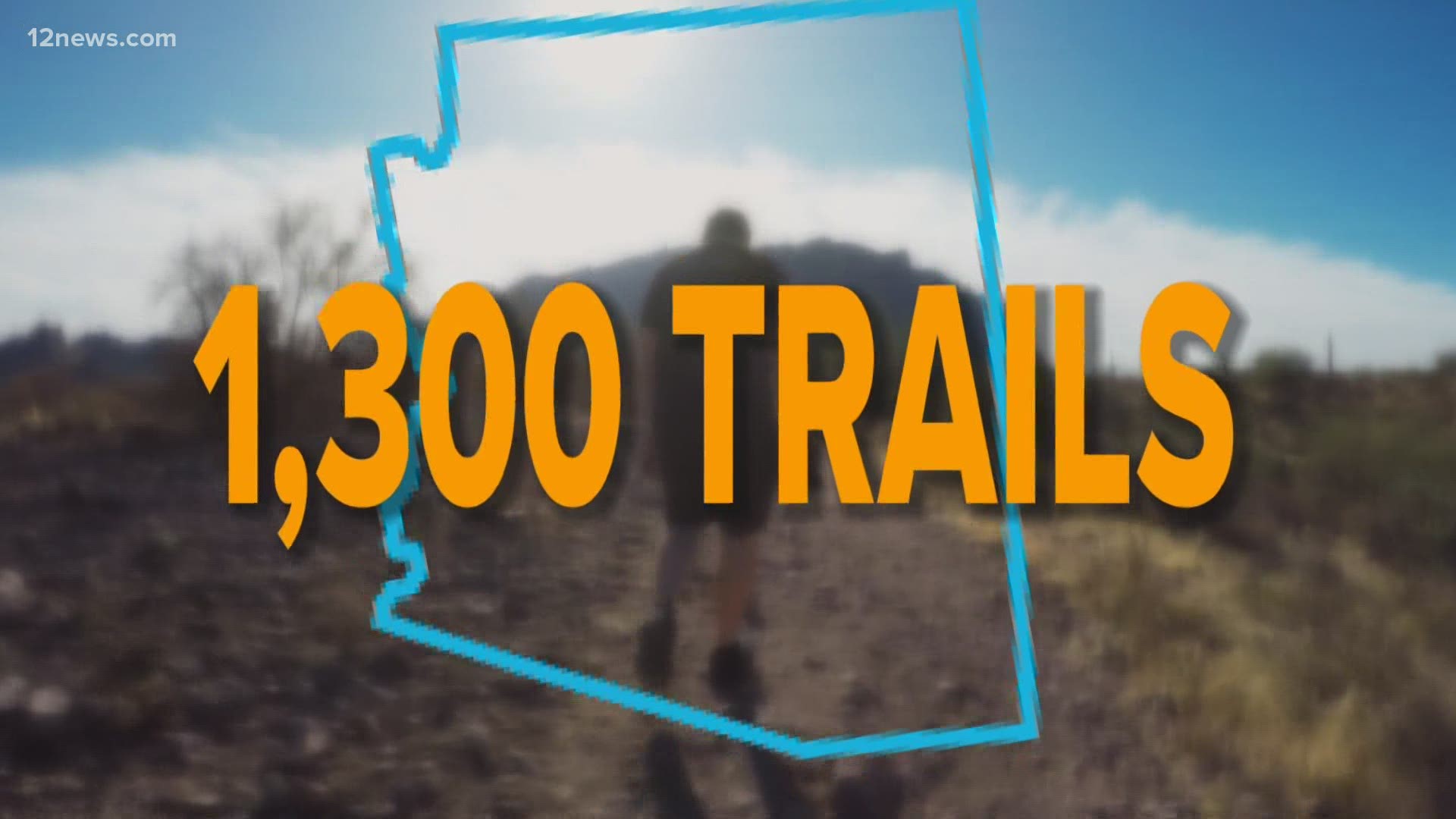