“We’re just really hoping for someone who is wanting to do the right thing,” said Erin Ethridge, Lilly’s owner. 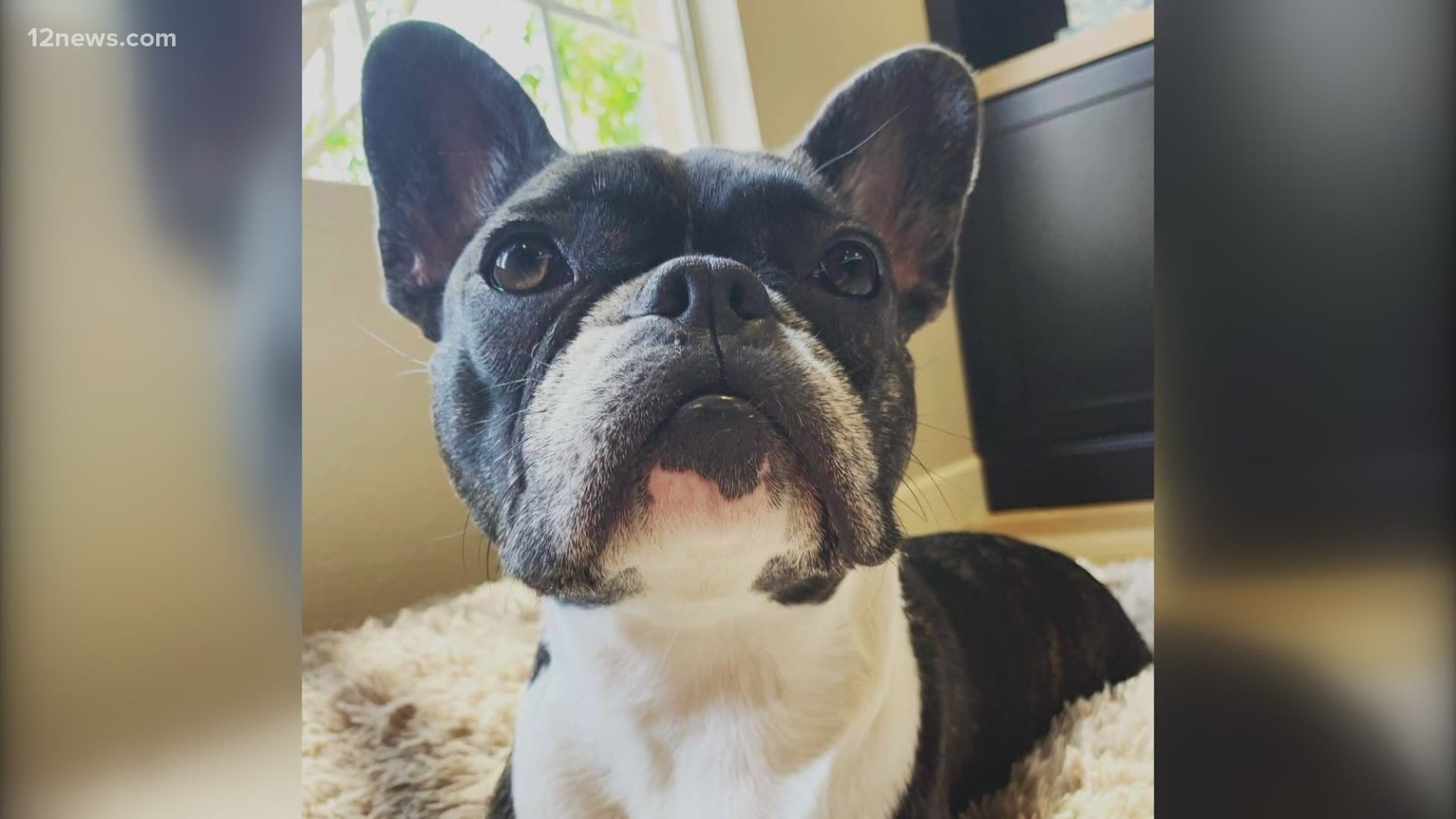 CHANDLER, Ariz. — A Chandler family is going through the pain that anybody who has lost a pet understands: the uncertainty of where their pet is and if she is safe.

Lilly, a 2-and-a-half-year-old French Bulldog, walked out of her backyard near Chandler Boulevard and Dobson Road when a gate was left open by a child during a New Year’s Day celebration.

“We’re just really hoping for someone who is wanting to do the right thing,” said Erin Ethridge, Lilly’s owner.

Ethridge got Lilly two years ago as a birthday present. The Frenchie has been a big part of the Ethridge family ever since. Her three young children have not known a time when Lilly was a part of their lives.

French Bulldogs have become a target for crooks lately.

A story that has garnered much attention is when singer Lady Gaga’s French Bulldogs were stolen after her dog walker was shot. Gaga is offering a $500,000 reward.

The Ethridges don’t have Lady Gaga’s resources, but they do have a “no questions asked” reward of their own: $5,000.

Lilly is a black Frenchie with a white chest and two white front paws. If you have any information on her whereabouts, you are asked to call 480-465-0553.