"He's only three, he doesn't deserve this, he didn't do anything." 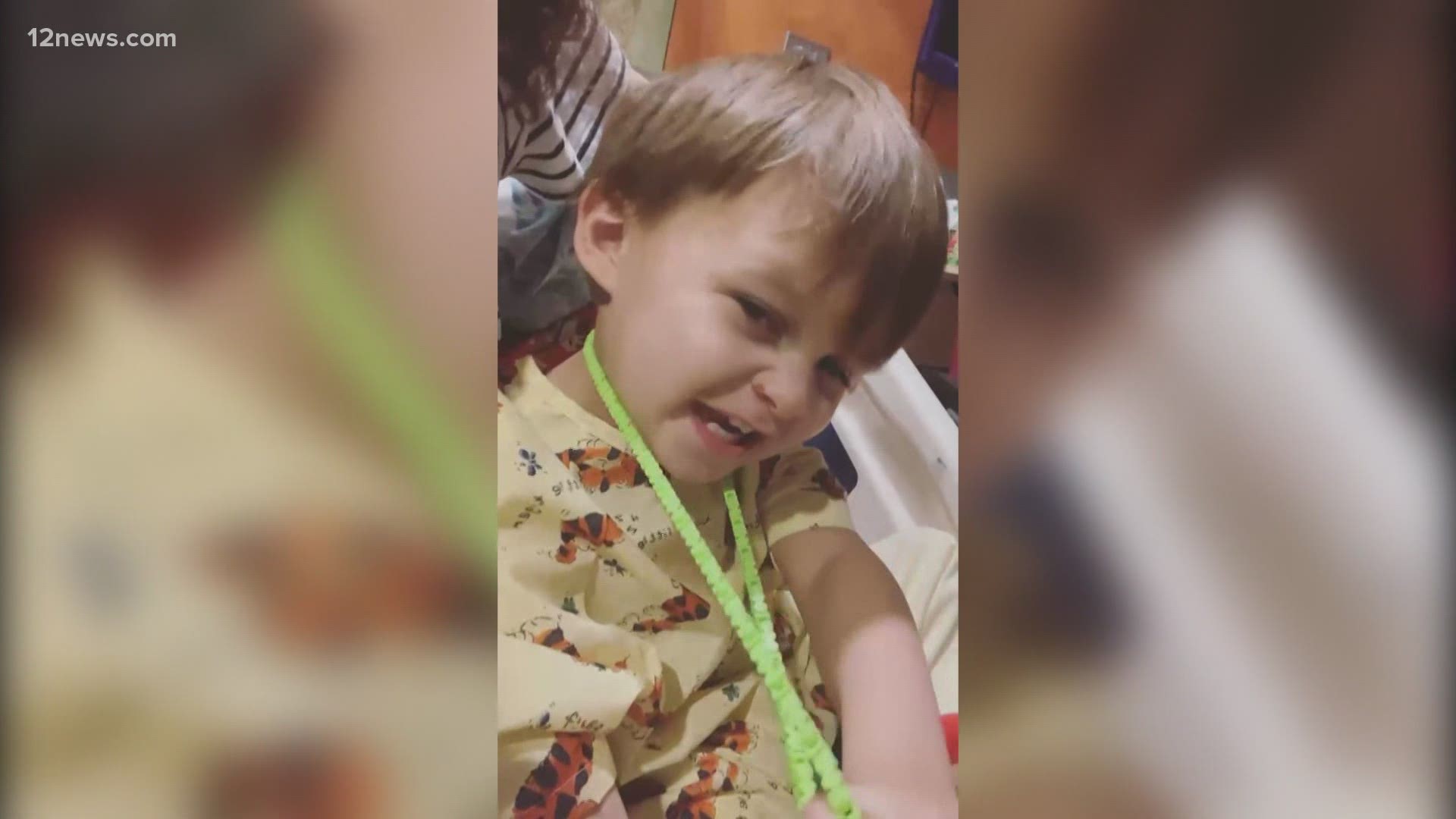 PHOENIX — Less than a week ago, Jessica Knowles' son Michael hit a milestone moment for any 3-year-old.

“We were working on peddling and I had just sent my sister a video of him saying I did it, I did it,” said Knowles.

The celebration was short lived after Michael fell down the family’s second floor stairs on their way to ride in the park.

He seemed OK, but Jessica rushed him to Phoenix Children’s Hospital to make sure he checked out.

That's when she got news no parent ever wants to hear.

“The Neuro-oncologist came in and he told me that he was going to get an MRI,”  Knowles said.

”He told me the reason he’s getting an MRI because they found a tumor,” she continued.

”That was super scary because we were just in for a bike and everyone, all the nurses up until then we’re like, 'Oh, you’ll probably go home right after this,” said Knowles.

According to Knowles, an MRI revealed a large tumor with cysts on the base of little Michael’s brain.

“How do you explain to your 3-year-old they are going to have surgery."

On Thursday, a team of surgeons removed parts of the tumor to determine if it’s cancerous.

This year has not been easy for Jessica's family.

Early on she lost her job with the airlines due to COVID-19 and although she is working again, she says it doesn't qualify her for FMLA benefits.

She's raised Michael since he was born, gaining legal guardianship of him when he was two.

"I have great support system, my parents, my sisters, friends and my boyfriend who treats him like his own," said Knowles.

The family set up a "Michael's Brain Tumor Recovery Fund" Go Fund Me account to help with expenses.

Despite the challenges, Jessica says Michael is her champion and together they will overcome whatever lies ahead. “He’s taught me so much about myself and love and compassion despite the hand that’s dealt to you.”