An invention by an ASU professor removes CO2 from the air. A Dublin-based company will build clusters of the device in farms, similar to the way windmills are used. 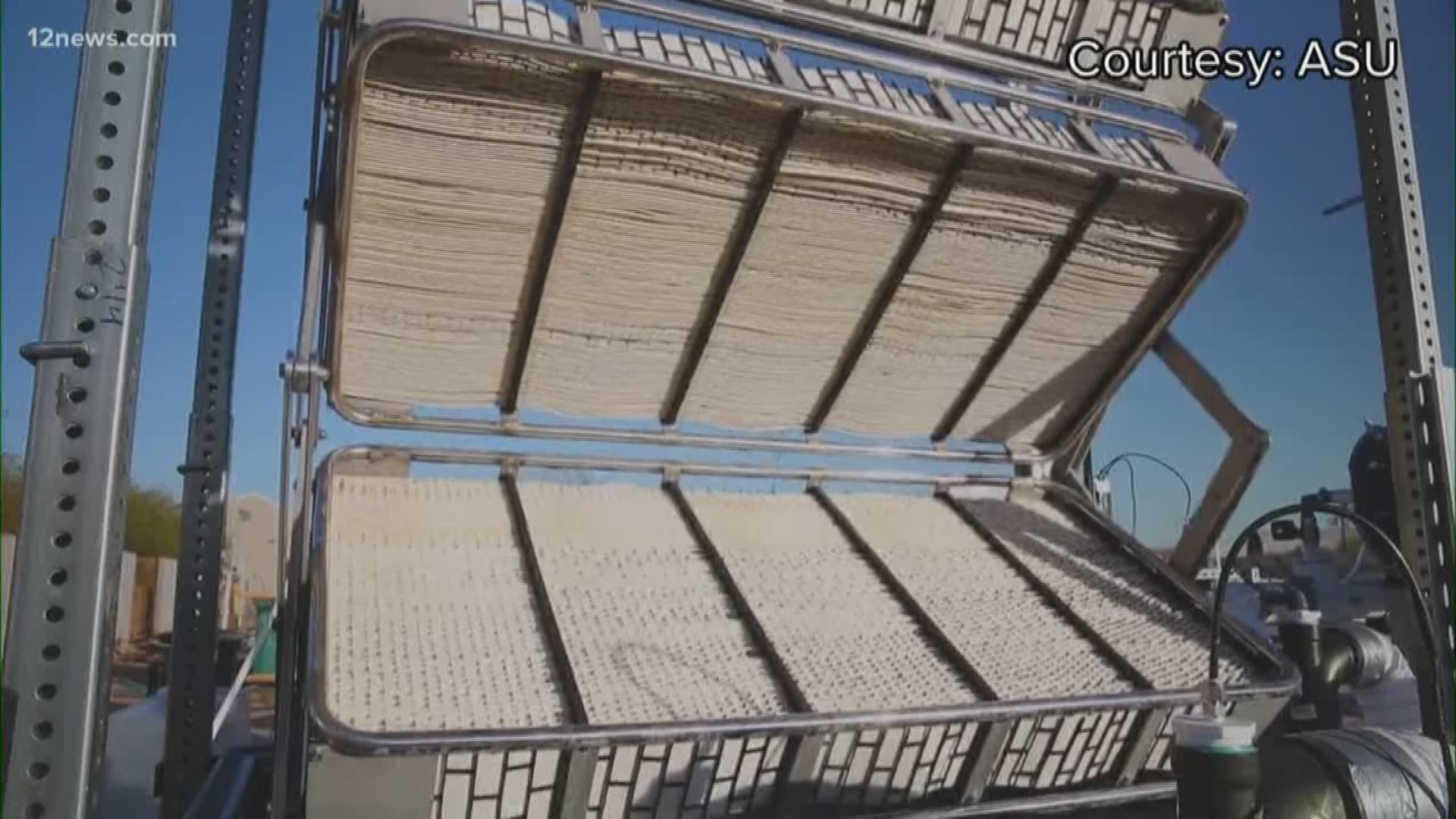 TEMPE, Ariz. — A Dublin-based company has struck a deal with ASU to manufacture a professor’s invention dubbed the “mechanical tree.”

The device is considered a potential game-changer in green technology. The carbon capture machine operates like a garbage truck for the air, using a system of filters to pull carbon dioxide from the atmosphere and trap it for storage.

According to the April announcement, Silicon Kingdom Holdings (SKH) plans to deploy clusters of the column-shaped devices in farms, similar to the way windmills are used. One mechanical tree is thousands of times more efficient at removing CO2 from the air compared to a natural tree.

“CO2 emissions and the impact on climate has become one of the most important challenges for governments and businesses globally,” said Pól Ó Móráin, CEO of SKH. “The attractions of Klaus’ technology is its simplicity, deployability and its economic viability.”

Once captured, the concentrated CO2 could hypothetically be stored underground or be used to spur plant growth in greenhouses. The range of potential clients could also include industries involving food and beverage, enhanced oil recovery, gas and synthetic fuel, according to Móráin.

In the same way municipalities and sanitation companies collect and recycle waste, Lackner envisions a future when the collection and storage of CO2 becomes a sanitation industry. One way governments could pay for the production of mechanical trees could be through a carbon tax, Lackner said.

“Ultimately, we have to figure out a business on the trillion-dollar-a-year scale, worldwide, to collect all the CO2 back and balance the carbon books,” Lackner said.